What The Simpsons have proven exponentially and a lot of other subsequent shows have in its wake demonstrated, that an animated show, with the right amount of popularity, can run forever. There are plenty of animated shows that you can jump into season 6, episode 14 of and enjoy if it’s your particular brand of whiskey without needing the continuity of the previous five seasons. You might miss some inside jokes from time to time or an obscure reference for the day one folk, but these shows are built for the viewer to jump in and jump out. This is why I’m so enthralled with Archer, a show that has plenty of standalone episodes but has spent the previous seven seasons training its audience to know each person’s history and tendencies, the jokes, comedic beats, its special brand of language and literary devices.

If someone says, “I will literally XYZ…,” I can expect someone to step up and make the clarification, “well, not literally, but…” along with a new follow-up joke. I know that each season Pam is going to have a more vulgar but somehow completely appropriate catch phrase than the previous year. Archer has taught us how to speak its language and expects us to be fluent at this point. It’s the reason they can do something like Dreamland for an entire season.

I imagine that the last few seasons of Archer have come from Adam Reed being very happy to work on Archer but also trying to stay ahead of his own impending boredom that might come from working on a show for this many years. As it has been one of the highest rated non-network comedies on TV for a few years now, FX has given Reed and his team a blank check to kind of do whatever the hell they want. With allowances, as well. Season Five of Archer was officially Archer Vice, the first time that Reed completely blew up the model rebooted the show of sorts. What was once a spy agency, became a drug cartel for the entire season, watching the crew try to sell off all the cocaine they had accumulated during their unsanctioned time as spies. I have, on numerous occasions, praised the boldness of completely changing the formula and background that had made the show so successful in the previous four seasons, but at the same time noting the quality of the season wasn’t up to the same standard.

Issues included the background of the Carol’s home being the most used scenery until near the end (when the show got better), probably not enough interesting storylines to populate the season. While season six went back to their more traditional stature as a spy organization, but this time they were working for the CIA. However, season seven went left again, going for the mystery and story focused long-game. As a the Figgis Private Eye Agency, the missions were a little different, but also kept a consistent story throughout that ended with almost dead (for real this time) Archer lying face down in a movie start’s pool.

Season 8, or Archer Dreamland seems to be a marriage of Archer Vice and Season Seven, as we will be given a full season of Sterling’s dream state while he lies in a coma. I think about all the shows that typically do this for an episode. A musical here, a time period shift there for variety and to have some fun. Dreamland is a season long noir in the vein of a Humphrey Bogart film. In the first episode, Sterling is a Sam Shepherd type, a private eye who doesn’t respect authority, trying to see who murdered his partner, Woodhouse (who is confirmed deceased at the beginning of the episode, a quick fake out of Sterling’s own demise). Why this season will probably be outstanding is because seeing the characters in these very new roles is only enhanced by how well we know them and how their personalities would fit in different jobs/eras/timeframes. 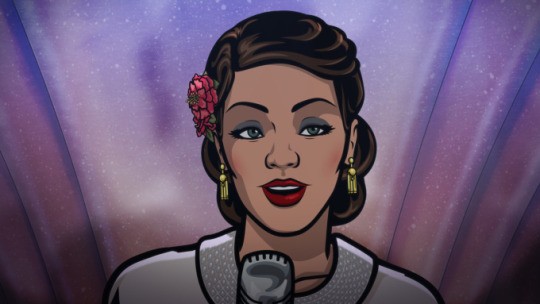 Mallory is a mob boss with her rival Drexler and his lead henchmen Barry. Figgis might be a crooked cop. Detective Poovey is the good-hearted but completely ruthless and inappropriate cop. Lana Kane is the seductive lounge singer that’s too clever for the thirsty Archer to keep up with. It’s a great marriage of the writing team knowing the era and film style of they are stepping into (which they’ve done greatly with other genres in the past, especially nerd culture), but also knowing their characters so well and slipping familiar jokes and motivations into the show.

It would be so easy for the team to just rest on their laurels, roll out some more Archer “Phrasing” Jokes and just keeping getting that 13 episode bid each year. But you gotta respect the fearlessness of being like, nah, we doing some different shit this time around. Almost every time around. I’m here for it, because the new settings and situations keep it fresh, while it’s still the same characters we love and are repulsed by, still familiar as all hell.