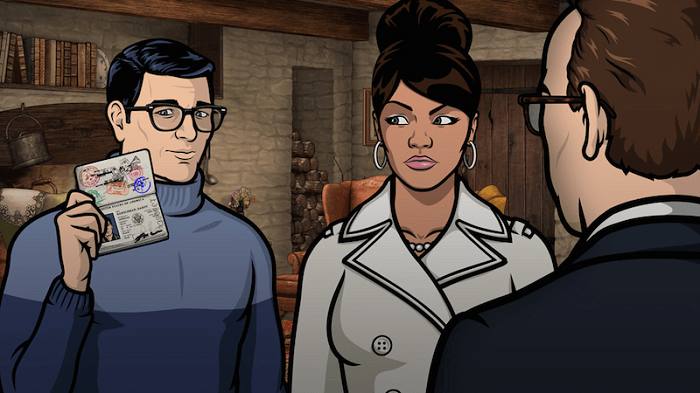 Archer is barreling towards the end of its season by giving us A LOT of Lana and Sterling relationship counseling. And when I say barreling, I guess I mean limping with a sprained ankle on crutches that are at different heights. Since Lana lost her shit at the end of the previous episode because she found Katya’s robot vagina in Sterling’s bathroom sink, he starts this episode driving with Lana tranquilized in the backseat towards a neutral location where they can talk. Yeah…the writers do address how fucked up and problematic that scenario is socially, but it’s still cringe-worthy nonetheless. Especially since he didn’t even put her clothes back on her while she was knocked out. But as someone on the show would say, “he powered through it.” The plot constructed to distract us from the fact that this is basically a spousal counseling between those two is that the trip doubles as a CIA mission where Lana and Sterling are supposed to smuggle two Wales terrorist/freedom fighters out of the country. They’re on the run from MI-5 for an attempted bombing and it’s our “hero’s” duty to give them safe passage from…our ally. Yeah…I think it’s safe to say this wasn’t my favorite episode. As I can say with all Archer episodes I don’t love, there were some good jokes all around, but this felt like a throw away episode more than anything and still drags the relationship stuff along for another episode.

On the B-Plot side, things were a little more clever, but equally as puzzling. They are finally getting around to giving Ray a robotic hand to replace the one he lost in the Predator battle in “Pocket Listing.” The M.A.S.H. theme was funny, especially if you have any association with the show. And yes, I looked it up (as Archer makes you do more than just about every other show) and THERE WAS one Black guy on the show with the codename “Spearchucker.” W.T.Fuck. At any rate, the reveal that they gave Ray a Black man’s hand is weird and just feels like the chance to mine some really cheap and bordeline racist jokes. Something I’m not looking forward to. 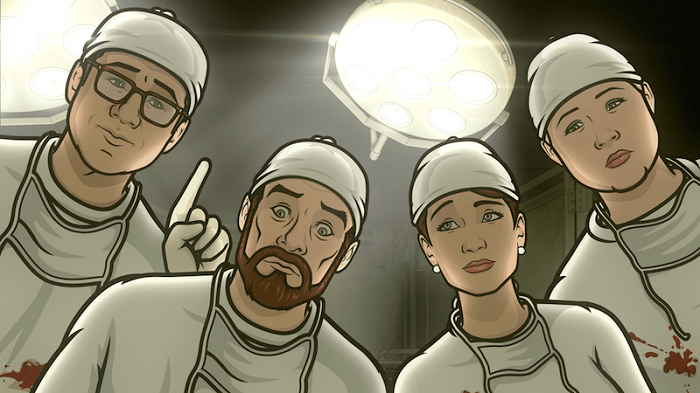 We’ve got two more episodes this season and it looks like a two-parter which are usually pretty good. We need to end on a high note after trudging through a lot of meh episodes this season, especially of late. Let’s hope we put a bow on the Sterling and Lana stuff.