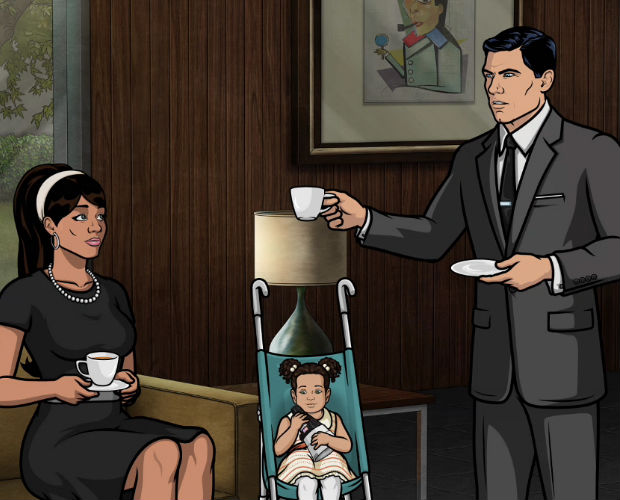 [divider type=”space_thin”]
Archer ain’t the best comedy on TV like it might have been a few years ago, but it’s still pretty damn good. Like really good. This week is centered on Lana and Sterling trying to get AJ into the most prestigious pre-prep school in L.A. This leads Sterling to re-unite with a notorious bully from his past who happens to be on the board at this pre-prep school. “Swirling” Archer as they referred to him from the completely graphic and nefarious swirly they gave him as an adolescent (that gave him pneumonia), the bullying has stopped many years later. What follows is a crazy murder / suicide for hire proposition in exchange for AJ’s admission into the school. This of course, is not as straight forward as it should be, this is Archer after all.

While not the near masterpiece of last week’s “The Handoff,” Deadly Prep is definitely funny even though it sacrificed some of it’s side characters. Ray, Cheryl and Pam get a few good one-liners, but they are basically condensed to a couple of scenes. This episode is mostly all Sterling, but it’s not a bad thing per se, as he uncovers what exactly he was contracted for. There’s a very loose thread to the previous story, but nothing substantial except to say “These stories are connected” without giving us a meaningful, “why?” That is disappointing as I would like to see these stories connected a little bit more than they currently are, as they feel like individual episodes shoehorned together at the end. Still, there were some great moments, like the dealing with the racism of getting into a prep school and Cyril’s unwitting stumble into an attempted murder. The episodes could tie the long-form story together a little bit better, but still, this has been a good start to the season.