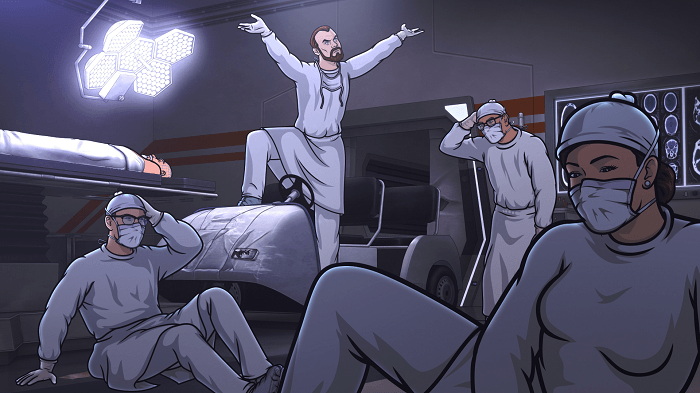 To say that this was a weird episode is to say that Dr. Krieger is a little creepy. Besides the completely nonsensical plot of shrinking down the crew with miniaturization technology to get rid of a blood clot in an important scientist brain, the jokes were pretty off too. Much of them had extended setups and little pay off. Archer doesn’t usually have the problem of trying too hard, but between the separate monologues from Cyril and Cheryl and the overlong “TV’s Own Michael Gray” bits, the rhythm of this episode was just bizarre, to put it plainly. And as, predicted, lots of race jokes with Ray having his bionic hand be black, but somehow, those are some of the more entertaining bits of this episode (but still aren’t great outside of “Handingo”). If there were any strengths to this episode, it did feel like an all hands on deck for the voice talent as Malory got a lot more run, including appearances by Ron and Slater. Also, having the whole crew together for this last episode will probably be enjoyable (even though Archer finales seem to now involve them being on a ship or vessel of some sort).

This episode did not bring the thunder like I thought it would going into the finale, but with the whole crew now in danger and needing to complete their mission with a very hard time limit, I expect it to bounce back next week.