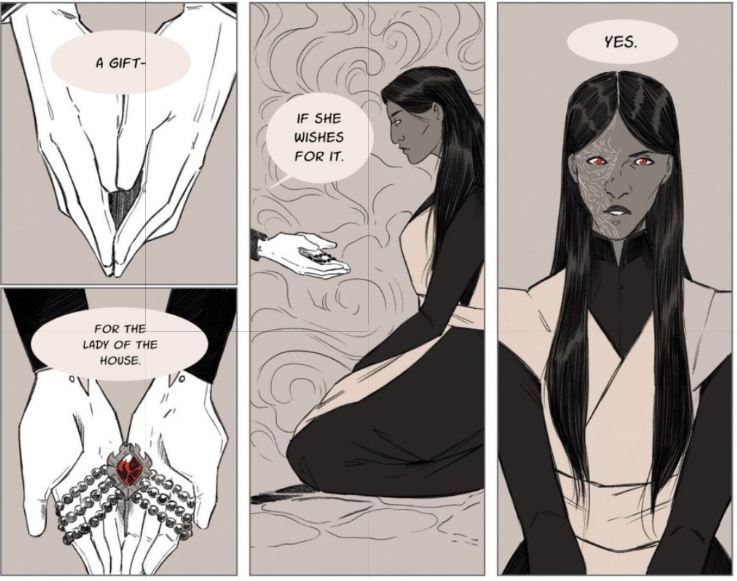 Released on Halloween of this year, Ashborn is a deliciously wicked retelling of Cinderella with a young woman who rises from her low place in society to take back what she’s owed and punish those who have wronged her.

I was initially intrigued by the cover art and went on to read the three-page preview on Comixology and then buy it. Set in the late 1800s, this comic, written and illustrated by artist Cait Zellers, is for the older readers. Thus, it carries the ‘Viewer Discretion Is Advised’ warning with a mention to some serious triggering images, including graphic violence.

We open to one Ella who is retreating to the basement of a grand home with a basket while a big social event set with gossip and fancy attire is happening upstairs. She’s spooked by the appearance of a man who appears to be a guest and who keeps asking her questions after the accidental drop of a gift. 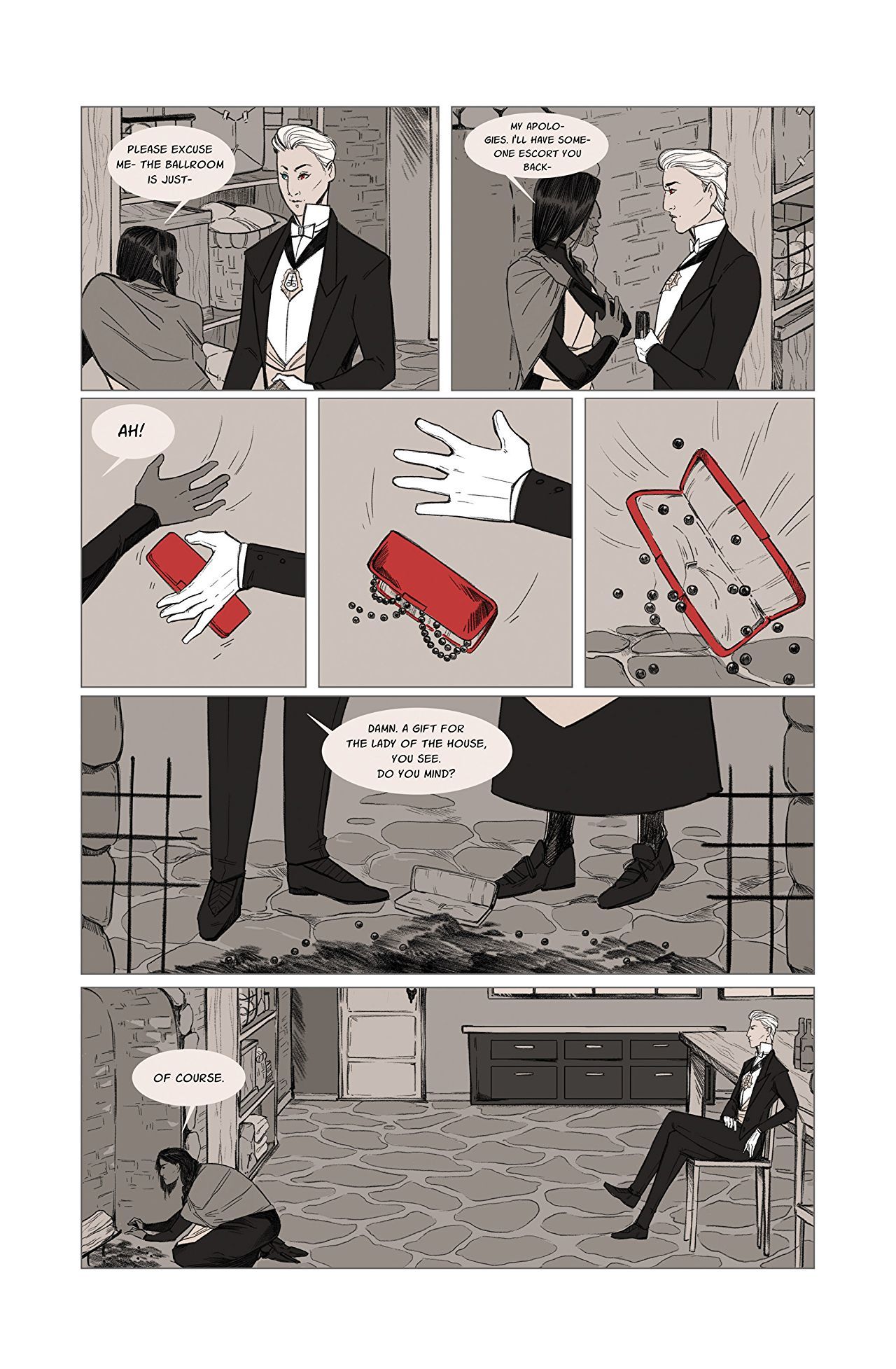 The muted color scheme of beige and gray help establish the tale as one of old, yet it doesn’t take away from the details that are aplenty like the creases in a apron, the cobblestones and bricks of a hearth, or the elaborate drapery and accessories on a gown. The color scheme actually works to the advantage of Zellers who creates the atmosphere of the world being a drab and miserable place. It works incredibly well as we learn what has befallen this unfortunate young woman. Visually, I do love the pops of color like the yellow of a light or the multi-colors of coals burning to the striking hue of red that keeps making an appearance more and more as the story progresses. 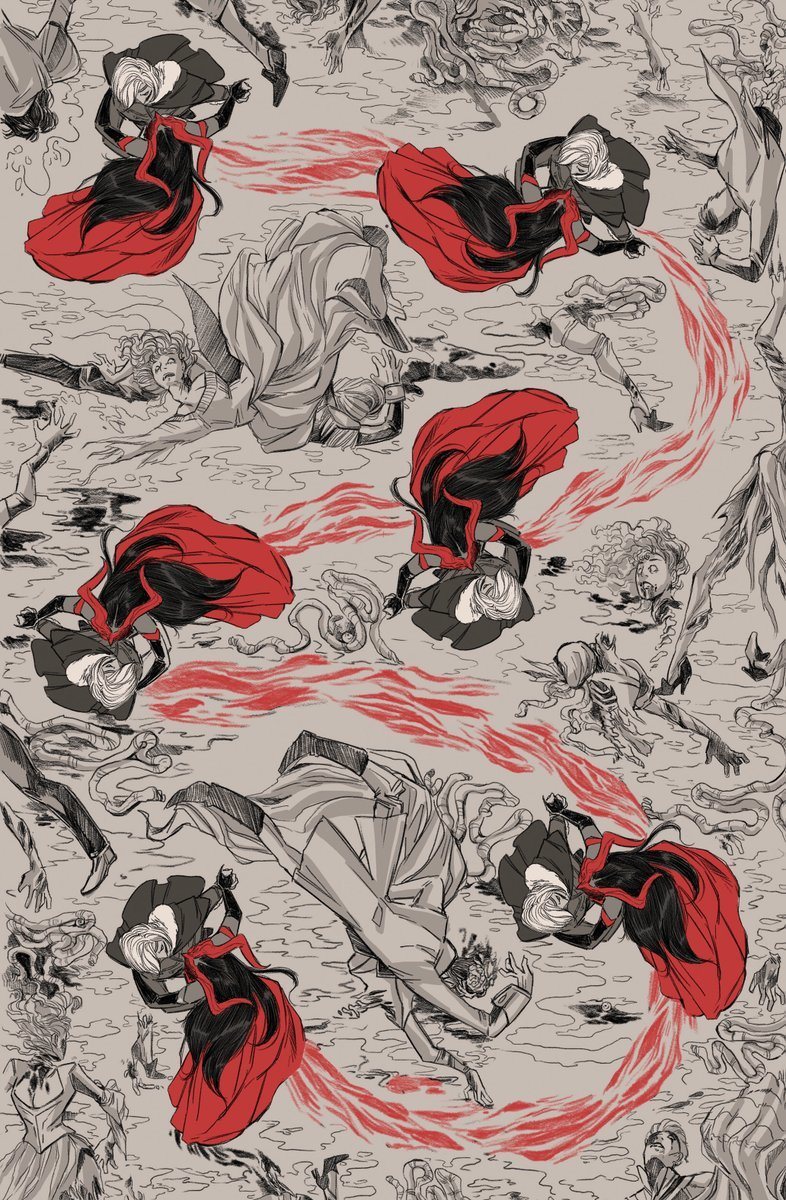 Seeing the gore and violence come in multitudes after the narrative reveals what poor Ella has endured is just and a sight to see. It escalates as Ella reenters the story as a woman reborn if only for one night. The brief backstory we get about her, her parentage, and her darker skin color speak to a life being discriminated against and being seen as less than and not worthy. The art just seem to flow, and Zellers’s art style seems to deliberately move to the beat of its own drum.

Ashborn is a beautifully illustrated retelling of one of the most beloved fairy tales written as a revenge story. It is akin to the Brothers Grimm with a darker tone used for the narrative with a young woman taking back her power and making those who made her a victim pay for their crimes against her. The comic does have an happy ending with a gorgeously gory final page set in an ornate frame to emulate a dusty old tome reminiscent of fairy tales of old. Zellers illustrates that while violence can come in many different forms to be inflected, having Ella be reborn as a woman who punishes evil deeds and lives happily ever after is a wondrous treat to behold as a reader. 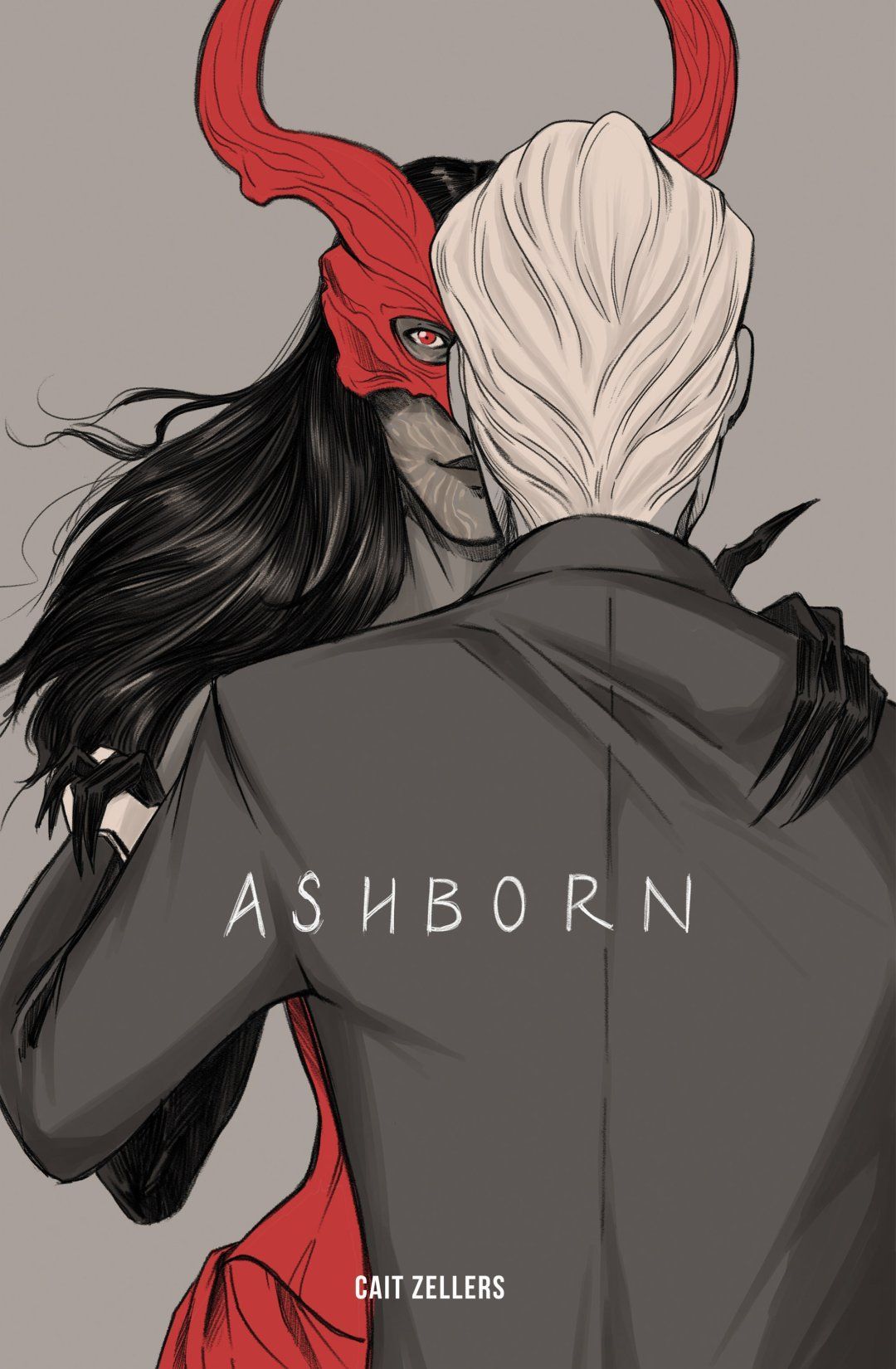 Buy the digital version of the comic here. See more of the artist and creator on Twitter, her personal website and her Patreon page.