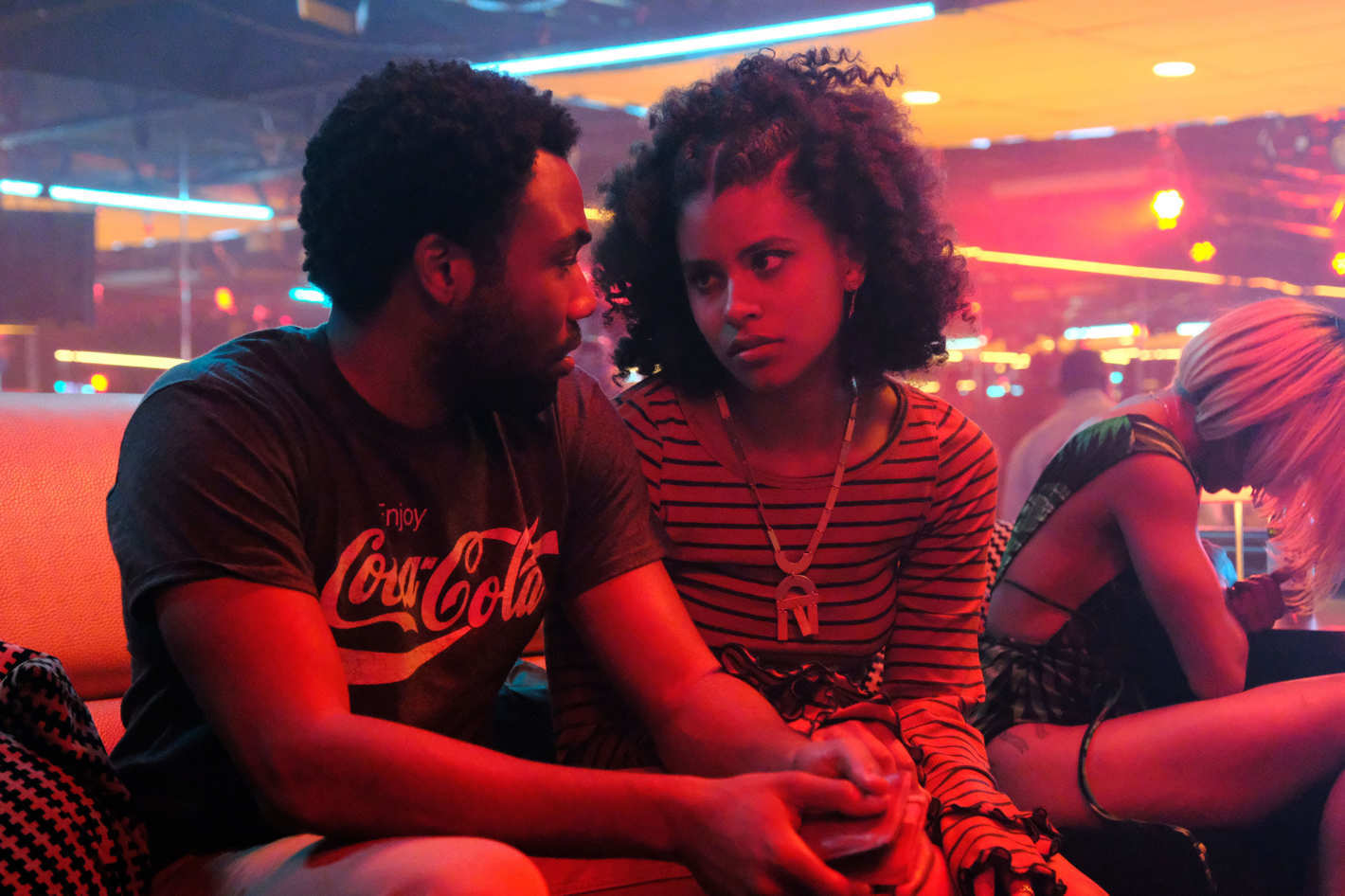 Atlanta – Robbin’ Season Recap: The Art Of Taking An L With Earn Marks

***Atlanta is back for season two, ROBBIN SEASON and we couldn’t be more excited. While not a traditional recap for us, Nicole and William get together each week to talk out the great, the innovative and the utterly bizarre of the latest episode. All the spoilers ahead.***

William: So there’s a story I’ve heard a few times about a bunch of new Bastketball players out kicking it one night. They leave one spot at 2am and while folks are looking for taxis home, there’s one dude that’s still amped up and asking where the next spot is. And then one veteran puts his hand on his shoulders and is like bruh, just go home, nothing good ever happens at 2 in the morning. This is a pretty colorful way of saying: quit while you’re ahead. Earn never learned this shit fam. When the L’s keep coming, you don’t stay at the table and keep gambling.

Nicole: This episode could’ve been so short. Van complains to him that her friend/co-worker is stuntin’ on her by buying VIP tickets to a Beyoncé concert. She says something like “Not everyone has $350 for a concert ticket.” Here is the win you are so desperately searching for, Earn. Buy her the ticket. Hell buy a ticket for yourself while you’re at it. That’s the win. Take it. Savor it. Frame it. But no, instead he just had to Earn (verb: to persevere in losing as if it were your higher calling.)

William: Yeah, and lets be clear too, when Earn just “has to Earn” they tend to be my least favorite episodes of Atlanta. There are entertaining aspects of it of course, but Earn’s personal arc is most interesting to me when there’s a give and take. As in, earn has a win, but it has a cost. When he just takes continuous Ls, what we are really getting just a lot of Earn feeling sorry for himself in the most righteous of ways. Yes, Al delivers that message to him at the end of the episode, about Earn thinking he’s better than other people. Also, the Money is a concept line was pretty good.

Nicole: It was a good line. But Earn immediately misinterprets it and decides he’s so money that he can beat Michael Vick in a foot race, so a lot of it is Earn missing any sort of moderation. That’s makes his self-righteousness (and self pity) a lot harder to sympathize with.

William: Also, I feel like I asked for it, but wasn’t specific enough. I wanted Van to make a return. But I guess I should’ve asked for Van to make a meaningful return. She was a pretty empty husk this episode. Beyond being the witness to Earn’s perilous journey or the “inspiration” for him wanting to stunt in the first place, she’s not really needed for this story. At least not any more so than any other character. Without the loving reassurances with arm in arm pep talks, Tracy or Darius could’ve served the same purpose. Even her disappointment at the end doesn’t add much. We’re all disappointed with Earn by the very end. Her being pissed off in the limo doesn’t add much that’s specific to her except punctuating that he kind of ruined her night.

Nicole: I agree and disagree. She was an accessory during his quest. While she’s presented as the reason for the night of missed wonders, we all know she’s not; that night is about Earn trying to prove something to himself. I can remember a few of her lines that were funny or poignant, but she didn’t impact the outcome at all. She served as the audience’s mouthpiece when she said things like, “let’s just go” as she tried to get Earn to do something sensible.

But that last scene in the car was so perfect. I have been that partner. Having just watched my date whom I care deeply about do some mess that they were destined to fail at after I expressed my concern and now siting awkwardly in a car because whatever conciliatory words I offer will be taken as “I told you so” so you say the thing that is all of it at once: it was Michael Vick.

Earn isn’t angry as we’ve seen him angry. He’s crestfallen. He had everything he thought he needed to be the person he wants to be: money, an attractive partner, locally famous friends and he still could escape himself. My grandmother used to say “Everywhere you go, there you are.” Earn is taking whatever in him that tells him he’s going to fail with him.

Maybe this episode fell flatter that I expected because this was an extension of last week’s episode. He has money and still ain’t shit or at least can’t find a way not to be treated like he ain’t shit.

William: Can we just talk about how great the lead up to the Michael Vick part was? When they said “Michael Vick is racing people in the parking lot,” my first thought was, wow, that’s pretty heavy they going at Vick like that. But then when Earn asked “Is he ok?” was so perfect because it solidified to me that not only was this not some random jab at Vick, but that Vick was probably going to be in the episode. And sure enough, there he was. All of it crystallized for me, especially since I can completely see the legend of Vick just randomly taking people’s money by crushing them in foot races outside of an Atlanta strip club.

Nicole: The editing, too. I enjoy these moments in the show so much. So this was maybe my second favorites part of the show this week. We need to circle back to Van, but can we talk about the studio session before we get to that?

Whhhhheeewwwww. This Yoohoo dude. Who I’m sure he has a name, but in my heart is Yoohoo dude is a trip. He’s presented as this duplicitous character who might emerge as as close to a big bad as Ayla ta’s premise can allow. He’s everything that is criticized as fake in rap but on some level he’s very professional. He’s detached from everything–from drinking and smoking and most comically violence.

William: Yeah, he definitely has a name, but Yoohoo Dude works on a lot of levels, so lets run with that. Fam, this is an amazing contribution to the “stunting on people” and the “who you are versus who you want to be” theme of this episode (hell, this season). Is he a squeaky clean corporate shill that traverses the rap landscape and has to hire folks to do the *cough* necessary parts of the business. Or is he a legit angry sociopath that has found a way to completely insulate himself from all those trappings, including and especially the violence in a pursuit of his commercial success. I honestly don’t know. But think about the studio “resolution” and how its the opposite of the club episode from season 1. I just remember Earn’s line of “I just don’t scare people like you” to Al when he couldn’t secure the money and Al had to do it himself. Yoohoo Dude literally gave the code red and left the room for his “manager” to handle the dirty business.

Nicole: The symmetry of Yoo-hoo Dude being managed by someone else who Earn doesn’t scare isn’t lost either. Because there is someone else who navigated this world and isn’t scary (as evidence by his saying n***er to Earn but not to Al or Darius or the janitor at the radio station), but has managed to find a niche.

The line of the episode has to be “But I’m not the only one with hands in this world.”

William: But for real, is dude dead now? Or can he just never gain full control of his hands again?

Nicole: I wonder about the sustainability of that practice. I’m not a musician but I imagine if you just have your dudes beat up technicians…

So back to Van. What’s your overall assessment of her inclusion of this episode? 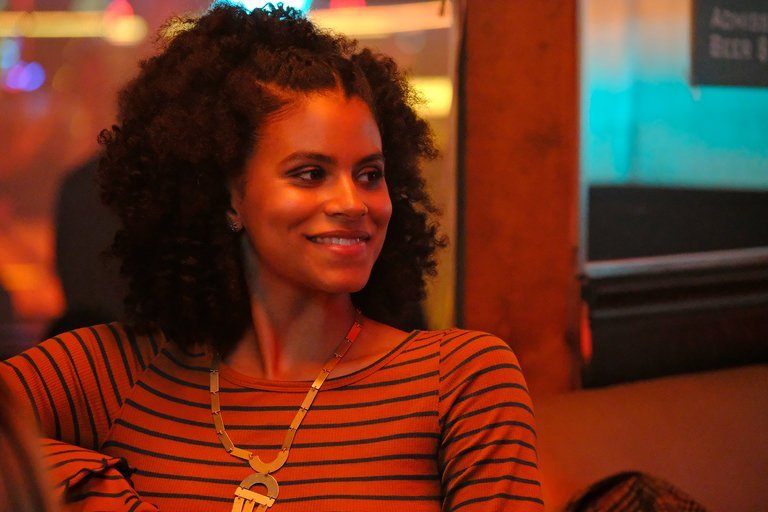 Nicole: It was disappointing. It’s the same thing we’ve seen them so time and time again: a date goes wrong. So I’d like to see them do literally anything else. An non-exhaustive list of possible settings: grocery stair, pediatrician’s office, dinner at his parents house, picking Van up in Van’s car from the nail salon.

Van didn’t do anything this episode except follow him around and (somewhat) indulge his ego mission which seemed like a departure for her character. She loves him but has necessarily been indulgent of this side of him. She’s been the one to call bullshit on him when he’s like this.

William: Yeah, so when she’s just along for the ride felt off to me. Like, I believed Earn when he was like, that’s racist at the ticket counter, but she didn’t. But when the L’s kept mounting and she never said, ok, I think we’re done for the night, that felt off too. I hope we get some re-establishing of her character soon because this rendition didn’t work at all.

Nicole: It feels like the universe of the show has shrunken.

I still want to see Earn and Van’s daughter. I want to see his parents. I want to see Al interact with a woman he actually likes. I want to see Darius out without Earn or Al or Tracy. If Earn is gonna be shameless (because that what the concept of money is here I think), I want to see that being earned. What are you looking for from next week’s episode?

William: I think you hit on it, I want to see the world get a bit bigger. Which, ironically, could include bringing back characters we already know, like Earn’s parents. But I’m hoping that the success of the supporting cast like Zazie and Lakeith don’t contribute to them missing sufficient shooting time to give them their own arcs. Not to hate on Earn, but I wouldn’t be mad at an Earn-less episode right now. The time feels right.