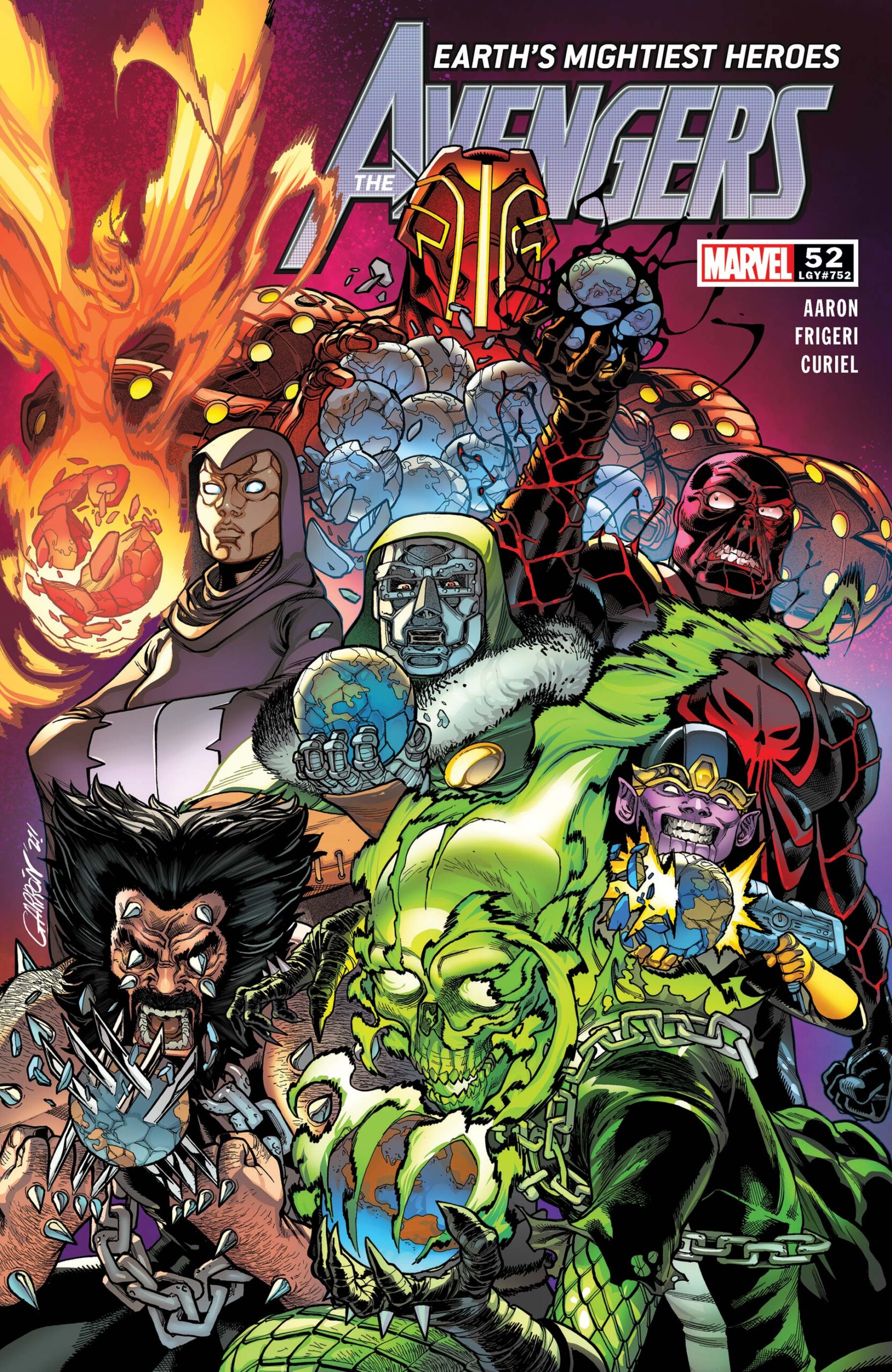 If you’ve been keeping up with Jason Aaron’s 4-year Avengers, you know there’s been some wiiiiild material that Aaron has covered. Some of the content has been dope. Watching the OG OOOOOG millions years ago Avengers assemble was cool, the Moon Knight storyline was a highlight of mine, and the Starbrand rebirth was well written and finally paying dividends. But a lot of the 52 issues have ruffled quite a few feathers in the comic book community. Love or hate what Jason Aaron has created, it’s been nice to get some consistently written Avengers stories to discuss with friends and critique with BNP colleagues.

I mentioned the rebirth of Starbrand finally paying off, and it felt about dam time! The little spitfire has been absent for a while, but she made her reappearance when it mattered most and painted quite the picture of this new cosmic powerhouse. Officially named Brandy, the new Starbrand has grown a few years and developed quite a cocky mouth on her too! She popped off on Captain Marvel for being a “Kree loving half breed,” and I almost lost it!!

Luckily, one of the more well written characters in Aaron’s arsenal is Steve Rogers, and the Man Out of Time is completely in his element while maturely putting her in her place this issue. The funeral setup at the top of the issue led to Cap’s perfectly done speech. On the sidewalk of Brandy’s mother’s home, Rogers reads lil homie’s history and you can feel the pull of heartstrings as she realizes her level of maturity needs fixing. It was the perfect time for that epiphany too, as Deathloks descend on the family home spelling nothing but trouble.

The rest of Avengers #52 contained some remarkable Deathlok quotes that will have implications all throughout the Marvel universe. First of all, I ain’t never seen a Deathlok with more shit talkin’ ice in their veins! And while I was clutching my pearls at the venomous criticism they had of the Avengers of this universe, they also drop bombs that will have people talking for a very long time.

They reveal what they consider the core four of the Avengers, and some might come as a surprise when most immediately put Steve Rogers, Thor, and Tony Stark as their de facto Marvel trinity. They name Captain Marvel, Ghost Rider, Phoenix, and the biggest surprise in my eyes, Namor, as the ones who matter most in this universe. Then, we have an interesting Jane Foster line to wrestle with.

“Carol Danvers continues to ascend with no ceiling in sight.”

“Phoenix has been reborn as something new.”

“From ruin…Namor is primed to rise “

The theme of growth is ripe from start to finish in issue #52 of Avengers, with most of it happening in Brandy, who is forced to face so much in this issue and nothing at all. She goes from entitled sneaky brat to wanting to hold something that her mother she never knew once held. It was a big step for her, but she never gets the opportunity to realize her evolution before that old Kansas house is blown to smithereens. She goes from powerful kid with an alien hunting tick to the future of everything resting on her shoulders and she doesn’t even have the ability to age at her own pace and of her own accord. It’s becoming painfully clear that Doom Supreme’s Multiversal Masters of Evil are some next level OP opponents, but the hero potential to take them down is beginning to take shape, and I’m excited to see if Aaron pulls off a fire upset by the home team.