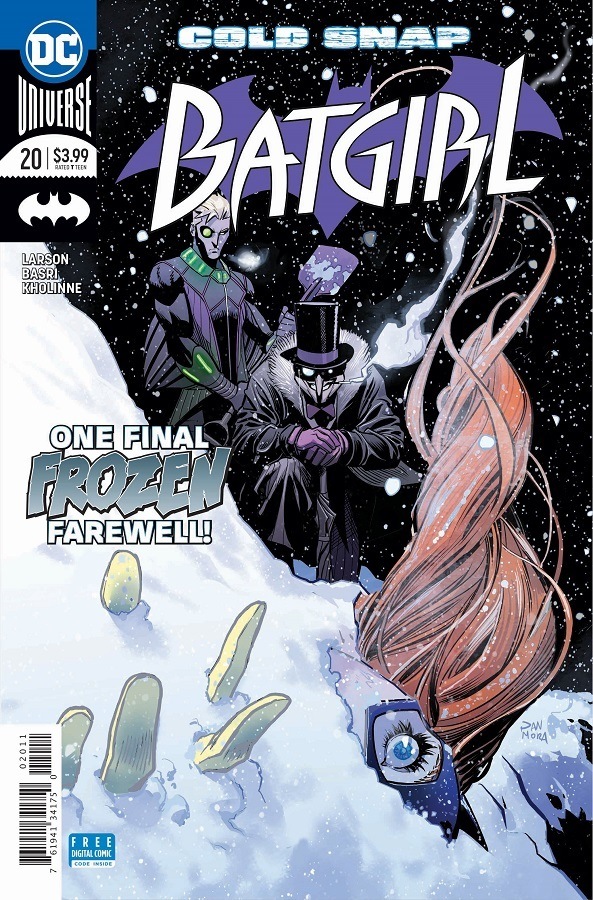 Coming off its slow start in Batgirl #19, “Cold Snap” turns this arc turns into a pleasant surprise. While the plot leaves much to be desired, the heft of the issue comes primarily from Batgirl’s personal realization of how much she’s changed since returning to Burnside, how much she’s grown. Secondarily, the opposite is true for her ex-boyfriend Ethan, a tech mogul turned villain, who has lost his company, his looks, and whatever little bit of respect he had from his father. When Batgirl and Ethan both look in the mirror they see different people than who they once were not long ago. That’s what we can take from this issue as a coming-of-age moment for Batgirl’s growing maturity. It makes the arc worthwhile in itself, despite the villain-of-the-day feel and its simple conflict with its easy solution.

More in its favor, Basri’s artwork captured several great scenes of action. Batgirl’s swinging punches and the choreography of her fights — take away the word balloons and several panels would be frame worthy. This was a throwaway storyline rescued by its art and emotional growth that were deserving of a bigger challenge.

Overall, the result of “Cold Snap” is better than the way we got there, but we’ll take the character growth. Maybe where we go next will be darker and edgier given this new, more mature Batgirl. It would be a welcome change of pace to shake up a Burnside that’s beginning to feel mundane.