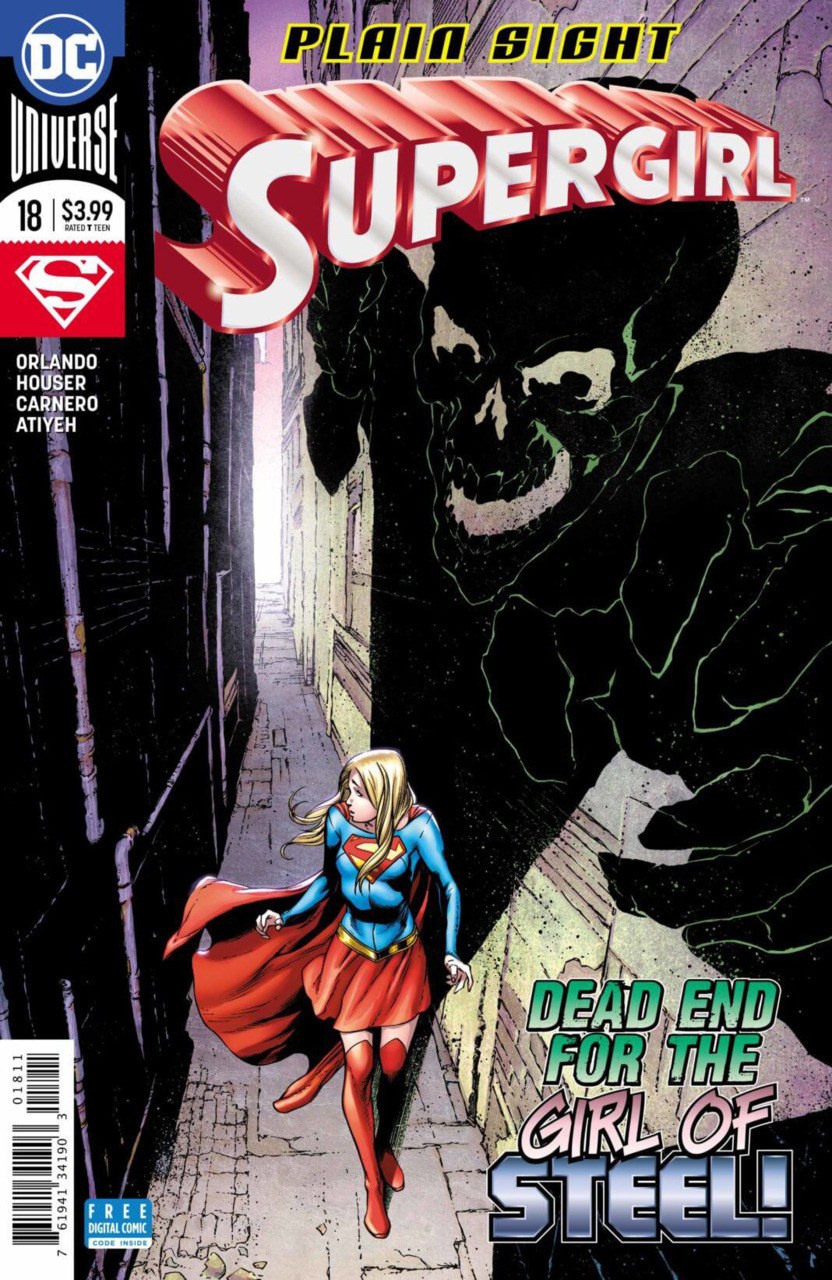 “Plain Sight” reaches its conclusion as the latest villain-of-the-week leaves Kara to save the day as usual, except this time with the intended suggestion that Kara is changed by the experience and better able to balance her bifurcated life. It’s a bit of a letdown to have the arc end with a climax no different than what we’ve seen in previous issues, the wisdom gained being on a lesser scale more appropriate to the middle of a book than its finale. As I mentioned in the review of Supergirl #17, it’s long past time for the conflict to escalate in its natural direction, having the D.E.O. can push Kara to making a bold decision and perhaps standing against Director Bones.

The emphasis is placed instead on Kara’s relationship with Ben, a long-simmering relationship that finally has its opportunity to show in the open after Kara squares off against one last foe. Artistically, the fight itself is creative and begs for more; between our villain’s backstory and method Supergirl must use to defeat her, this fight could’ve easily stretched a couple issues and had been worth it. I especially liked the Evolutionist’s white glow, making for a cool looking alien, as well as the photo booth picture montage that makes for a trademark fun, cheesy Supergirl scene as she springs into action.

Overall, a lot to be desired, but on par with what we’ve come to expect from Supergirl at this stage of her adventures. Until things heat up and give us high-risk confrontations, we’ll be impatiently waiting.