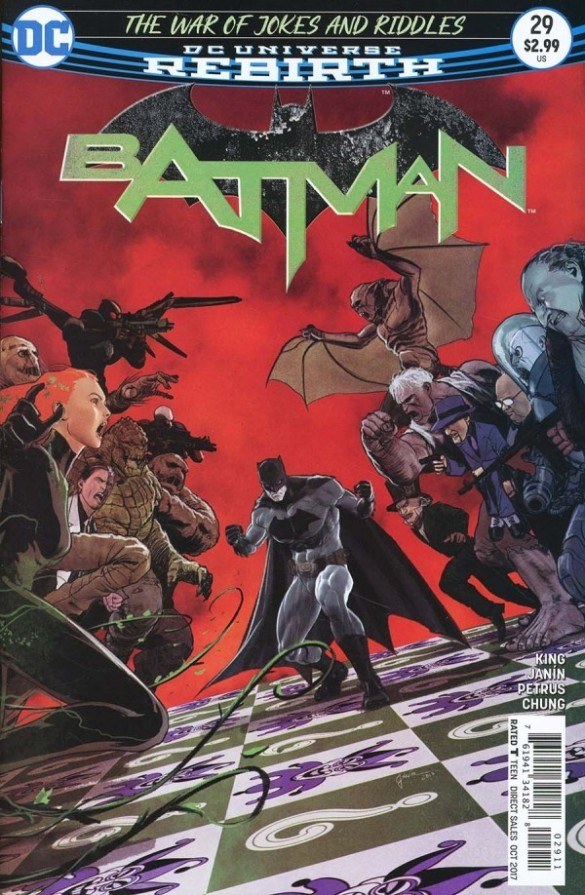 It’s official, the Riddler, Joker and Bruce Wayne are all representatives of varying degrees of insanity. Until recently in the Batman mythos, Riddler was more “eccentric” than he was insane. But now he’s talking about murdering everyone people love in front of them. The Joker’s always been, well, the Joker.

But Bruce Wayne? He’s reached a new level of reckless abandon as he invites all of Batman’s deadliest enemies into his dining room for a nine-course meal to mull things over.

Issue #29 was a welcome respite from the carnage of The War of Jokes and Riddles. After bodies flying in every possible direction and a climbing death toll, this kind of break is needed. Why else do you think the episode immediately after “The Spoils of War” in Game of Thrones was mostly build-up? My heart can’t take anymore! 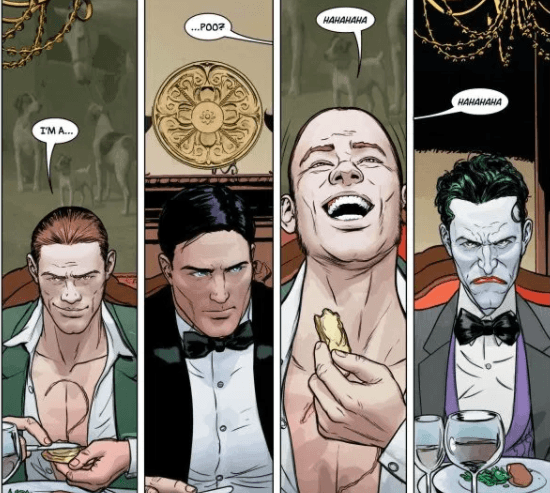 It’s easy to forget how much of a polished child of prestige Bruce Wayne is after all of the time he spends in alleyways and sewers. But he’s got the skills one can only learn after a lifetime of primping. Which is all the more ironic when his dinner guests include a dozen people who would murder him if they knew what he did in his free time.

If they haven’t already, someone needs to get on it when it comes to making The War of Jokes and Riddles an animated DC movie. It’s got everything you need. A long list of familiar faces, a thrilling dilemma and a fight for the ages between two of the world’s deadliest assassins that lasted for days.

Oh, and if Riddler, Joker and Bruce Wayne are all psychotic for their actions in this issue, what does that say for the mind they’ve come from?

[Insert cautious side eye at someone whose last name is King]