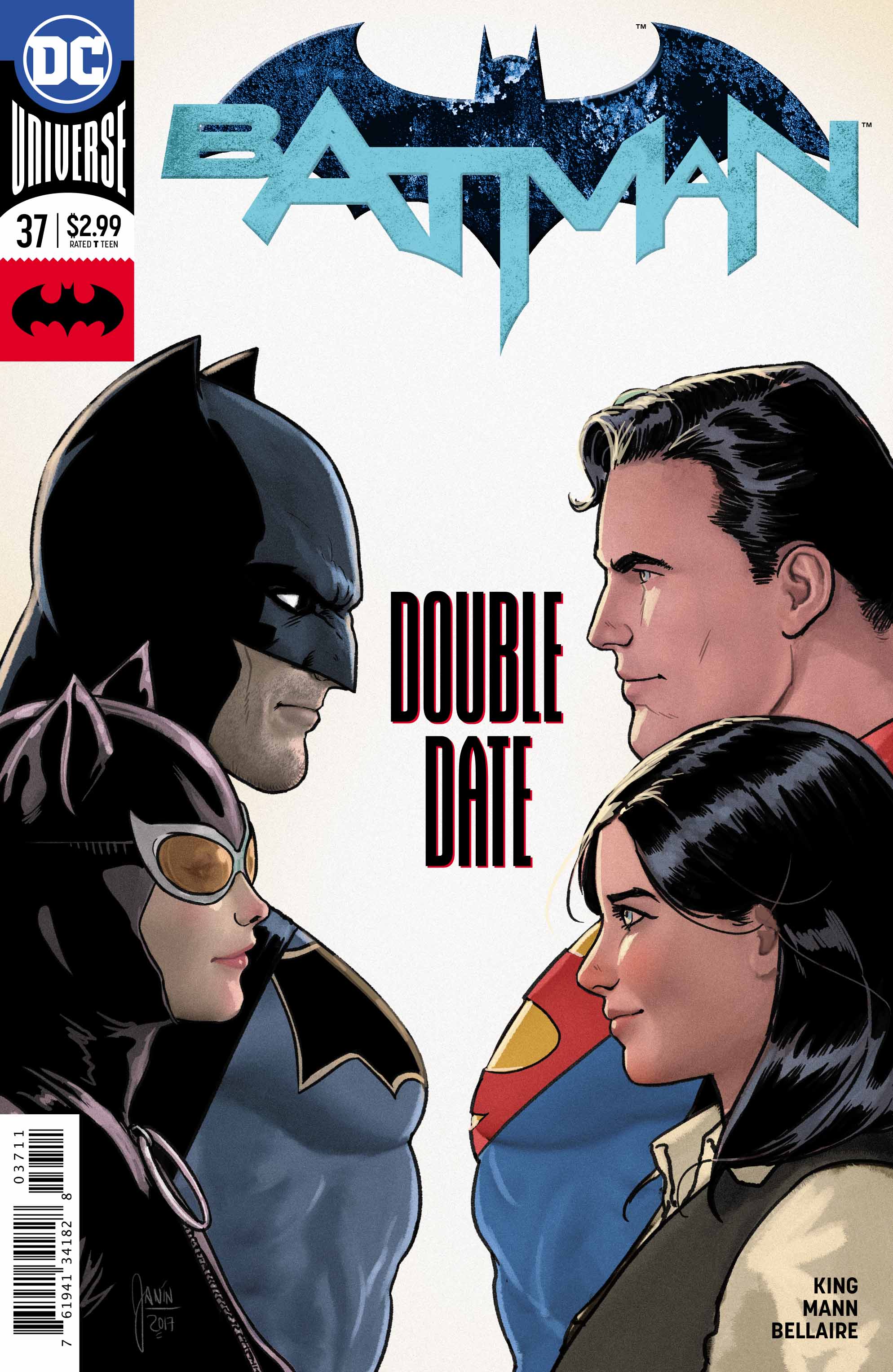 Batman #37 is a story that couldn’t be told by anyone other than an exceptional comic book team. It’s an issue that delivers on ideas that fans have speculated on for years, so the pressure was definitely on, and the artwork helps make a mind-altering story digestible.

Bruce, Selina, Clark, and Lois are on their long-awaited double date. Ironically, the carnival they decide to visit is hosting a Superhero Night and won’t let them in in their street clothes.

The good news is that they’ve all brought their costumes with them. The bad news is that it might raise some eyebrows if the actual Superman, Batman, and Catwoman rolled up in their uniforms to enjoy some cotton candy. So they come up with the bright idea to swap costumes. That’s right, it’s the ole switcheroo. 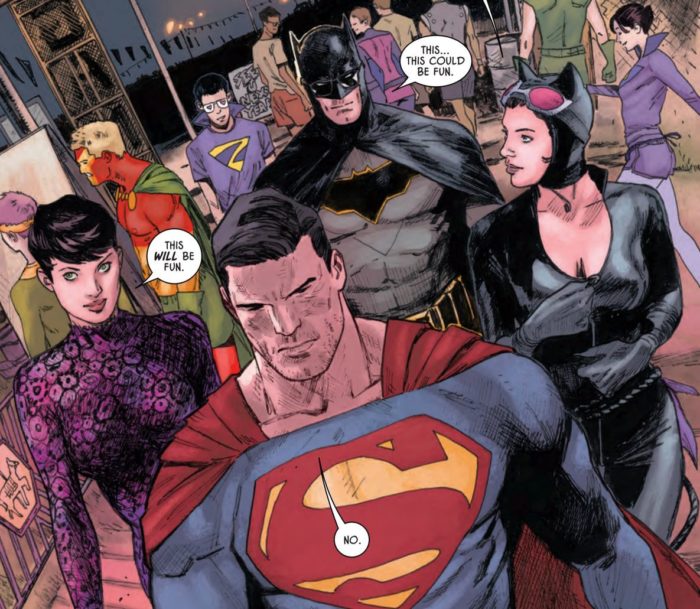 Now, this is where Mann’s artistic ability comes into play to properly execute what is already a splendid idea. If you look back on most continuities, Bruce Wayne and Clark Kent look a lot alike. Like, so much so that they could practically be brothers. Mann chose to use subtle differences in shading and facial expressions to make sure we knew which was which the entire time. Bruce looks as if shadows follow him everywhere and Clark elects to wear glasses that he doesn’t even need over the Batman cowl like the lovable dork that he is.

The examination of the group’s relationships continues to make it a story well worth reading. Bruce and Clark are awkward about their feelings and Selina and Lois spark a friendship due to their shared uncommon experience of being the romantic partners of the world’s greatest duo. The most charming bit of the issue comes towards the end after Bruce and Clark spent the entire night arguing about whether or not the former could hit a pitch thrown by the latter. These are the kinds of obscure debates that fuel comic book fandom!

I may have to consider altering my comic book grading system. I try to only give out 10’s sparingly and reserve them for the best of the best. So giving Tom King, Mann, and co. a second 10 back-to-back is incredibly rare.