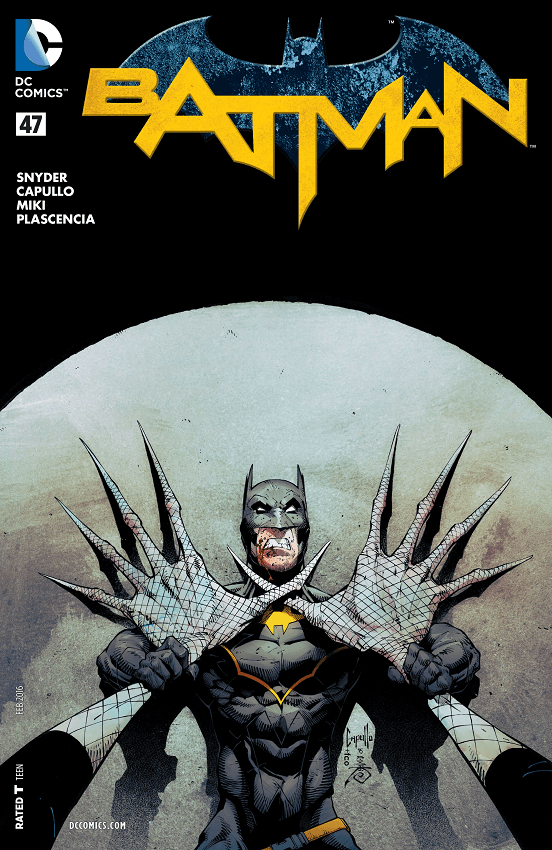 No, really, guys. You should really look into jumping on with Scott Snyder’s Batman run. First of all, if you’re not reading it but you’re reading my reviews, that’s just weird. And you definitely shouldn’t stop reading my reviews, so I dare not suggest such a thing, but you should probably have some context, so there’s that. Oh, and it’s really good, too.

Issue 47, the seventh chapter of the Superheavy, opens up right where #46 left us. Batgordon’s in a bad position as he loses the advantage in his big showdown with his new nemesis, Mr. Bloom. Say what you want about the changes, but Scott Snyder knows how to keep things entertaining while effectively laying down the groundwork for any number of possibilities down the road though the lion’s share is dedicated to action, the book, as a whole, is pretty fast paced even in its brief moments of real exposition. We didn’t really learn much more about Bloom in this issue since he and Batgordon were heavily preoccupied in kicking the shit out of each other, but the aforementioned ass whooping more than makes up for the big slowdown in character development we wanted out of our villain. 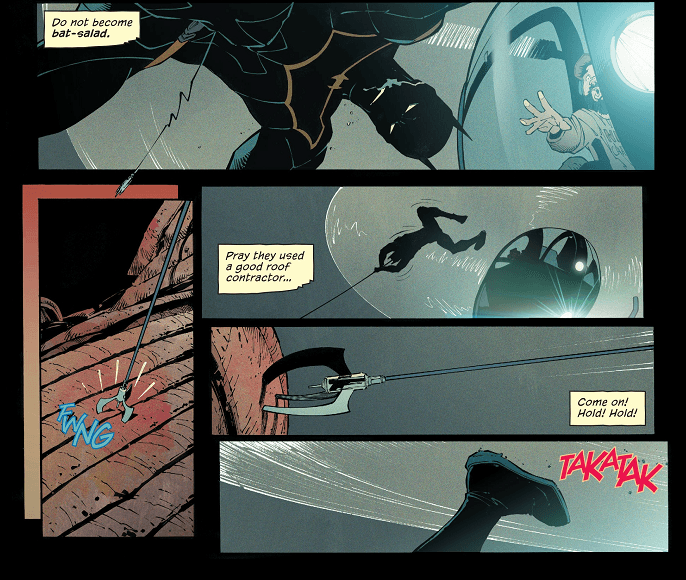 [divider type=”space_thin”]
Meanwhile, Duke Thomas’ story is really shaping up to be a memorable moment in the Robin legacy. It’s interesting to see him doing double duty, not only playing Robin to a Batman that doesn’t want him around, but also, the original Batman who isn’t Batman at the moment (nor does he want to be). I don’t know how they’re handling him in Robin War (due to my not feeling like reading it), but so far, I’m very impressed at how the groundwork for Duke has been laid out since back during Zero Year. This is definitely a great example of how to bring new characters of color into the fold organically. Meanwhile on the pencils, Greg Capullo is second to none artistically. Since he started on this book with the New 52 relaunch, his work is more on point with each issue that goes by to a degree that I’m willing to call him one of the best Batman artists of the past 15 years or so. 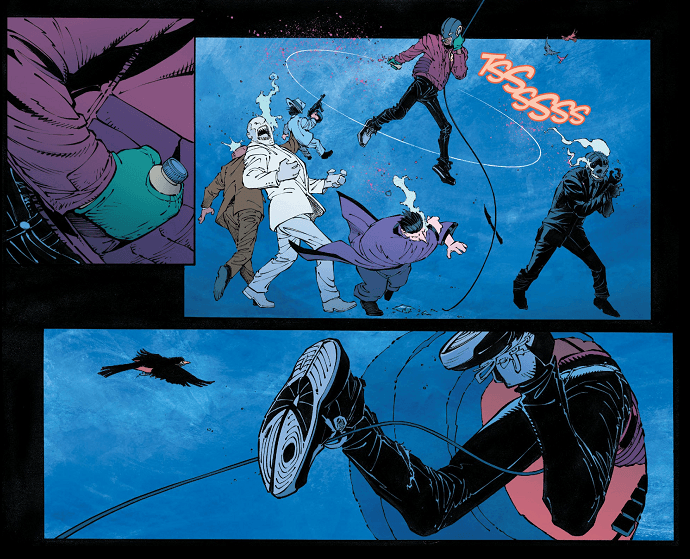 Bottom Line: Granted, we would have liked to have found out just a little more about Gordon’s arch nemesis, but Snyder and Capullo are still pumping out quality super-heroing. This is still one of the top 5 best DC/Marvel books on the shelf right now.