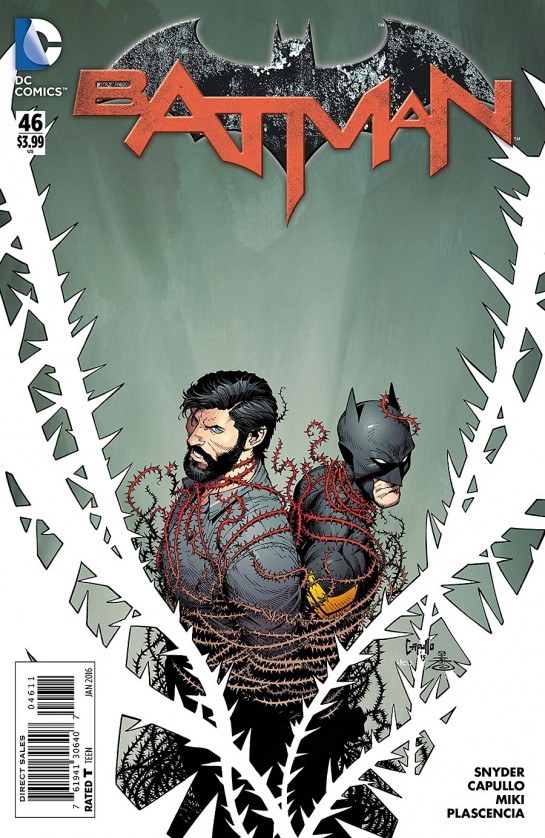 Scott Snyder’s “Batgordon” saga has hit the ground running, making for an entertaining read despite the naysayers from early on. We’re only a handful of issues in with Jim Gordon’s first time as a superhero and he’s already got a strong supporting cast and a solid, genuinely creepy nemesis. I mean, of course, we all know that the original Dark Knight is going to be back in the saddle eventually, but it’s nice that Snyder’s writing this as if he is solidifying a fresh status quo that’s completely immersive while staying true to the history of Gotham. 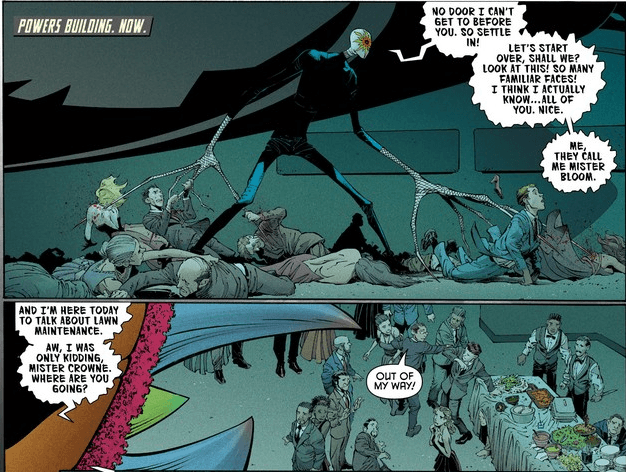 This issue turns the heat up quite a bit for Batgordon as Mr. Bloom’s latest offensive shakes things up for Gotham’s citizens. The great thing is that it does a great job of bringing Bloom’s creep factor to a brand new level worthy of rogues like the Joker or the Man-Bat (back when Man-Bat was actually scary and there weren’t tons of them running around). The transitions from Gordon’s perspective to Bruce’s are brilliant in the way that they show a ground-level view of how the city responds to the elevated threat. It is like Gotham itself is an organism. Speaking of Bruce, as far as character development goes, his scenes in this installment are well scripted and nicely structured, but aren’t as effective in advancing the plot as last issue. Also, I would be remiss if I didn’t mention that Duke Thomas is shaping up to be an awesome makeshift Robin for Batgordon (even if our hero probably wishes he didn’t).

The most interesting conflict of the book, though, is the push and pull of ideas of what kind of hero Batman is supposed to be. This “Superheavy” story arc as a whole asks what happens when the idea of Batman becomes an institution. It displays the pros and cons of the outlaw approach versus working within the system. Calling Greg Capullo’s art the icing on the cake downplays how integral he is to making this whole thing work. With a monstrous yet playful villain like Mr. Bloom who Batman must chase through the shadows of his beloved city, the color palette is versatile and diverse while still staying true to the franchise’s eerie nature.

Bottom Line: Even with the Bruce Wayne storyline not playing as big a part in this issue as last time, the book overall is still stronger than 80% of DC’s regularly rotated books.