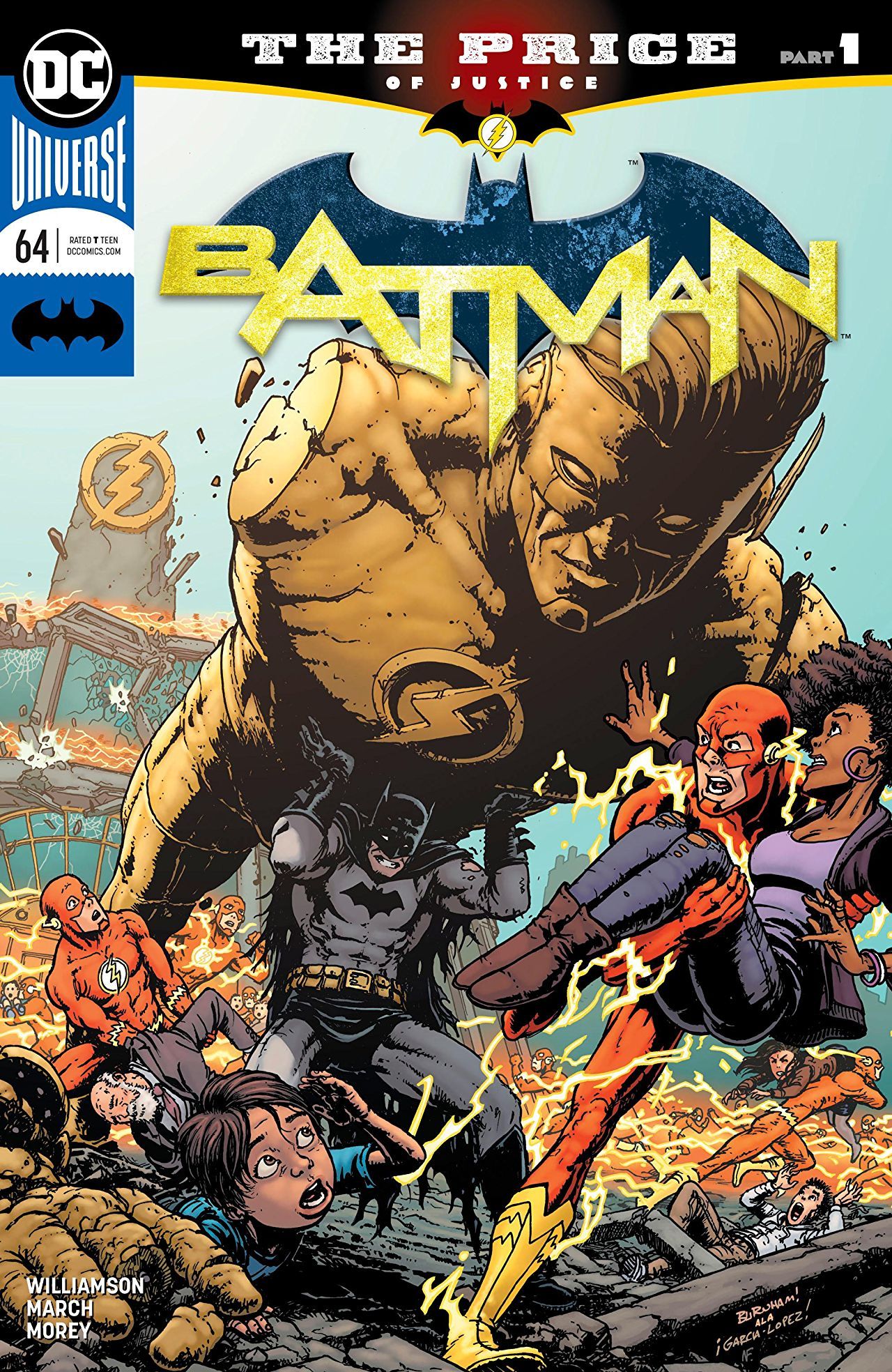 Batman #64 introduces a new creative team for a four-issue run. “The Price of Justice,” penned by Joshua Williamson and drawn by Gulliem March, will venture into the latest Batman/Flash team-up.

Besides Tom King on Batman, Williamson is the last remaining DC writer who’s still writing the same title (Flash) as they were back when “Rebirth” kicked off in the summer of 2016, so bringing him in to write a Batman/Flash crossover makes sense.

The first issue of “The Price of Justice” feels out of place after reading it a few times. In essence, it’s a side-story that pops up in the middle of another side-story—”Knightmares”—that’s really just keeping us from getting back to the story that’s held our attention for 60-plus issues up to this point. 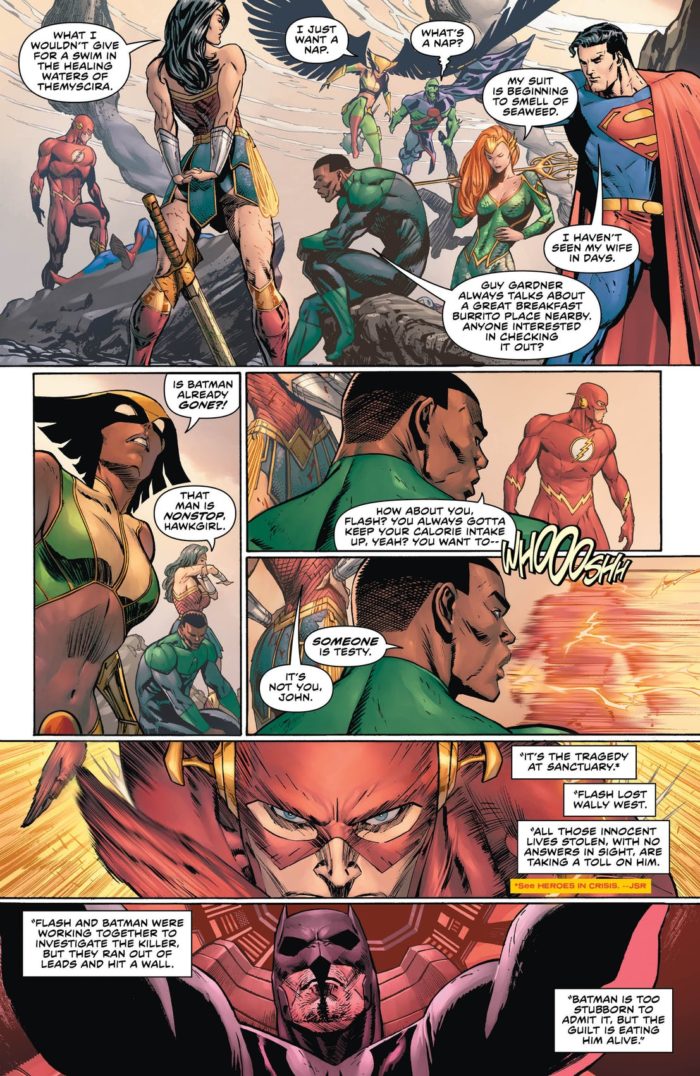 It feels a bit like when I was deep in my first binge of Naruto and didn’t realize I was watching filler until I was already deep into a storyline none of my friends had ever even heard about. But I won’t resort to calling this story “filler” as that can be taken a variety of ways.

Unfortunately, the story also feels out of place due to tone. The grounded, introspective tone of King’s run is replaced with a lighter, high-level approach which can cause a bit of whiplash if you’ve been reading this series in its entirety.

The reward in being a day one reader of the series comes towards the end, as we’re given a chance to catch up with some characters that were very important to the earlier issues of this run but have been left alone to their own devices. This helps ground the story a bit more in the Batman mythos and gives hope that the next three issues will find the Batman/Flash balance that this issue missed the mark on.