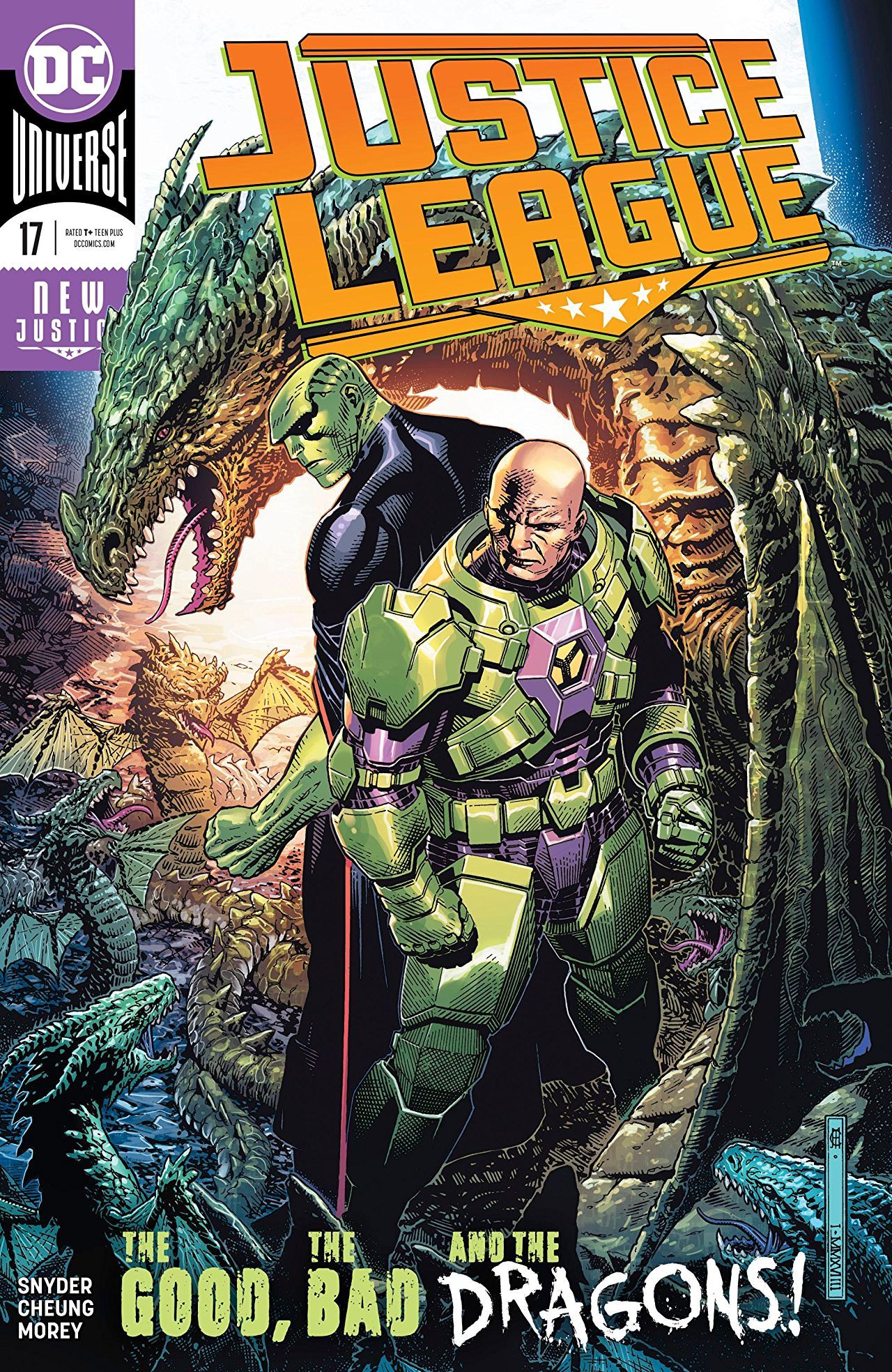 Justice League #17 is a buddy cop issue on Mars with Lex Luthor and Martian Manhunter! And just like every buddy cop story, the two protagonists have to put their differences aside and team up to take down the big bad. In this case, it’s Martian dragons called Quonars that feed off of regretful psychic energy. Basically, they sip on your tears like it’s tea. Don’t forget to leave that pinky out!

In all seriousness, the annual and this issue combined feel like a break into the second act of this gigantic story being told. This issue specifically was a really nice breather in the conflict before things ramp up again. J’onn is sifting through all that knowledge that the Martian Keep bestowed upon him before her death back in issue #16, and Luthor is at the center of it in a surprising way.

In my opinion, the strongest aspect of this issue was rooted in the deep Martian lore, and how J’onn relates it to his current predicament. He and Luthor meet at a sacred site on Mars where Martians used to congregate and psychically pour out all of their bad emotions into the ground while chanting the word “Sh’anne”. It was a way to purge negative emotions while bonding with one another. And remember those dragons I was talking about? It’s the Sh’anne that those dragons feast on. 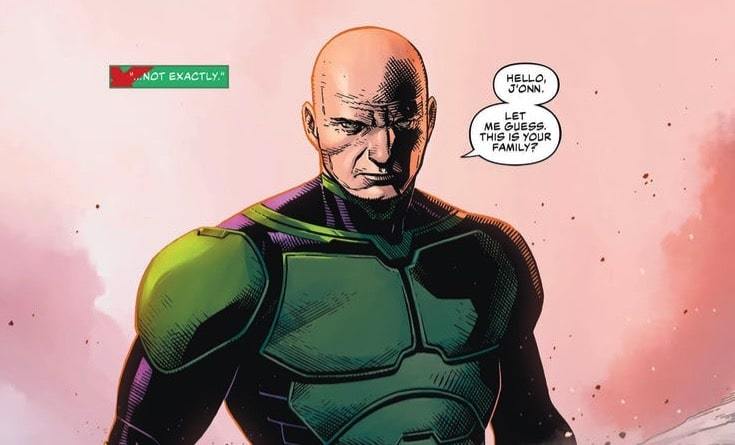 So, with that as the frame of the issue, J’onn essentially invited Luthor to this ancient spiritual location to spill his own Sh’anne to the bald bully. Those emotions are tied to memories that J’onn has of Lex from when they were both children. If that sentence made you double take, imagine how Luthor feels. It created a scene where the adversaries became extremely vulnerable as they reminisce on newfound memories of their connected past. I was feeling the pain, too. Made me wanna scream my own Sh’anne into the ground, but I don’t want those Quonars after me.

None of this stuff could’ve been as powerful as it was without the art. Cheung’s linework lays the groundwork for the tone, but it’s the inking from Cheung, Morales, and Wong that does a phenomenal job of making Mars look neglected and brittle. The style kind of serves as a visible metaphor for J’onn and Luthor’s relationship, and the situation they find themselves in presently. As extensions of Justice and Doom, the surface of Mars really reaffirms the fractured relationships of the universe’s most powerful beings.

After a brief moment with Justice and Doom on equal footing, the fate of the universe is still in question. Justice League #17 gave us a heartwarming and heartbreaking flashback with J’onn and Luthor that could end up being the key that opens the door to them working together in order to help save the universe from Perpetua.