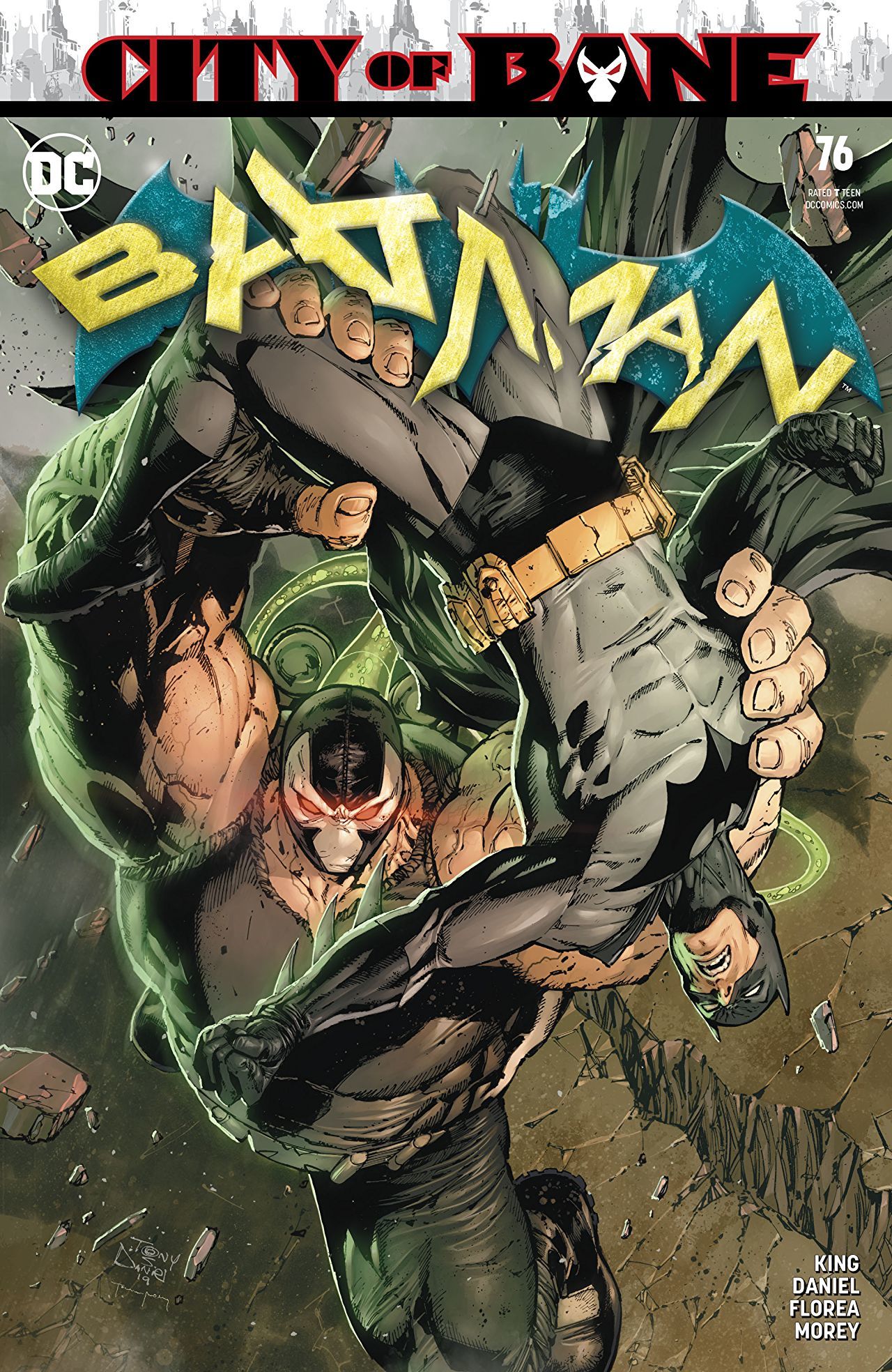 Batman #76 gives readers a closer look into how Gotham City operates now that it’s been deemed the City of Bane. In short, supervillains are hypnotized, superheroes are banned and removed by force upon entry, and the federal government is totally cool with Gotham being a police state as long as no bad press gets out.

While Bane is the mastermind of Gotham’s new regime, Thomas Wayne is clearly the enforcer. Much of the issue is devoted to him chasing down a small group of villains who have avoided falling in line so far. Of course, King included his personal favorite, Kiteman. 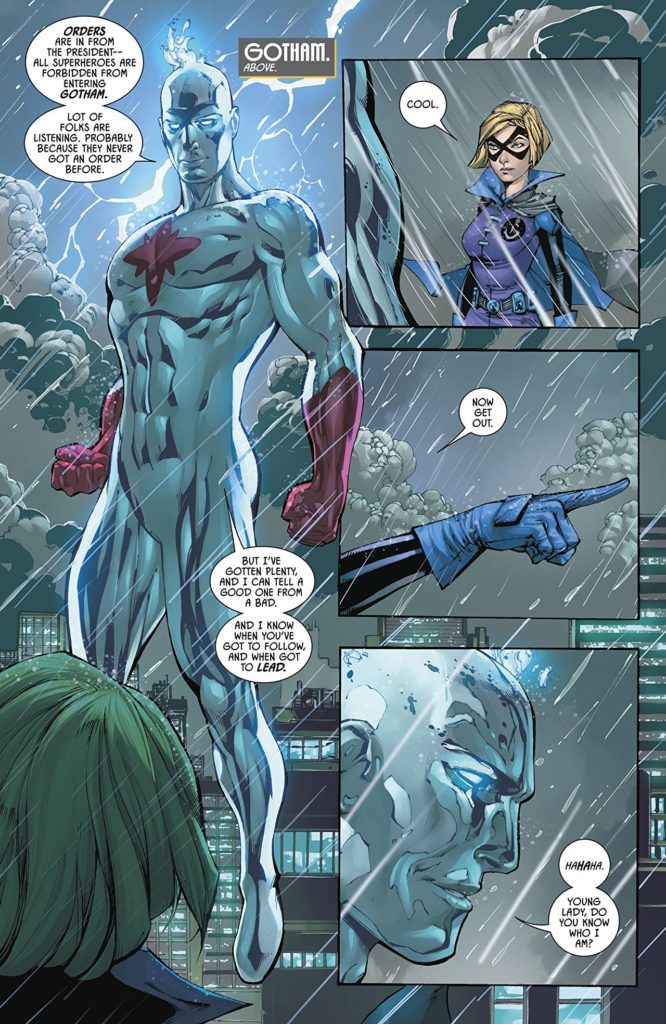 With absolutely no action from Bruce Wayne — who spends the entire issue unconscious — the stage was filled with supporting characters. Catwoman has returned and is back in her element of burglary. Gotham Girl gives Captain Atom that work then literally throws him out of Gotham City like a bag of trash. And Tim Drake and Damian Wayne have a classic brotherly bonding moment about how helpless they are as they wait for Bruce to swing in and save the day.

As a single issue, #76 is strong. We’ve got plenty of action with stakes that matter. And it’s supplemented by character developments and introspective dialogue that reveals minor details about some important supporting characters.

As part of a larger story, it continues the trend of King writing stories that suffer from being compared to his earlier successes. The first 50-60 issues of Batman are fantastic. Since then, we’ve had stories ranging from good to “eh.” Which would normally be totally fine for any comic book run. But given that it’s in the same series following the dopeness of the past, it’s hard not to notice the dropoff in originality rooted in realism.

The good news is having Batman swoop in and kick some ass after getting knocked down is basically a guaranteed win. So a respectable finale is almost guaranteed as long as the story doesn’t get too ambitious.