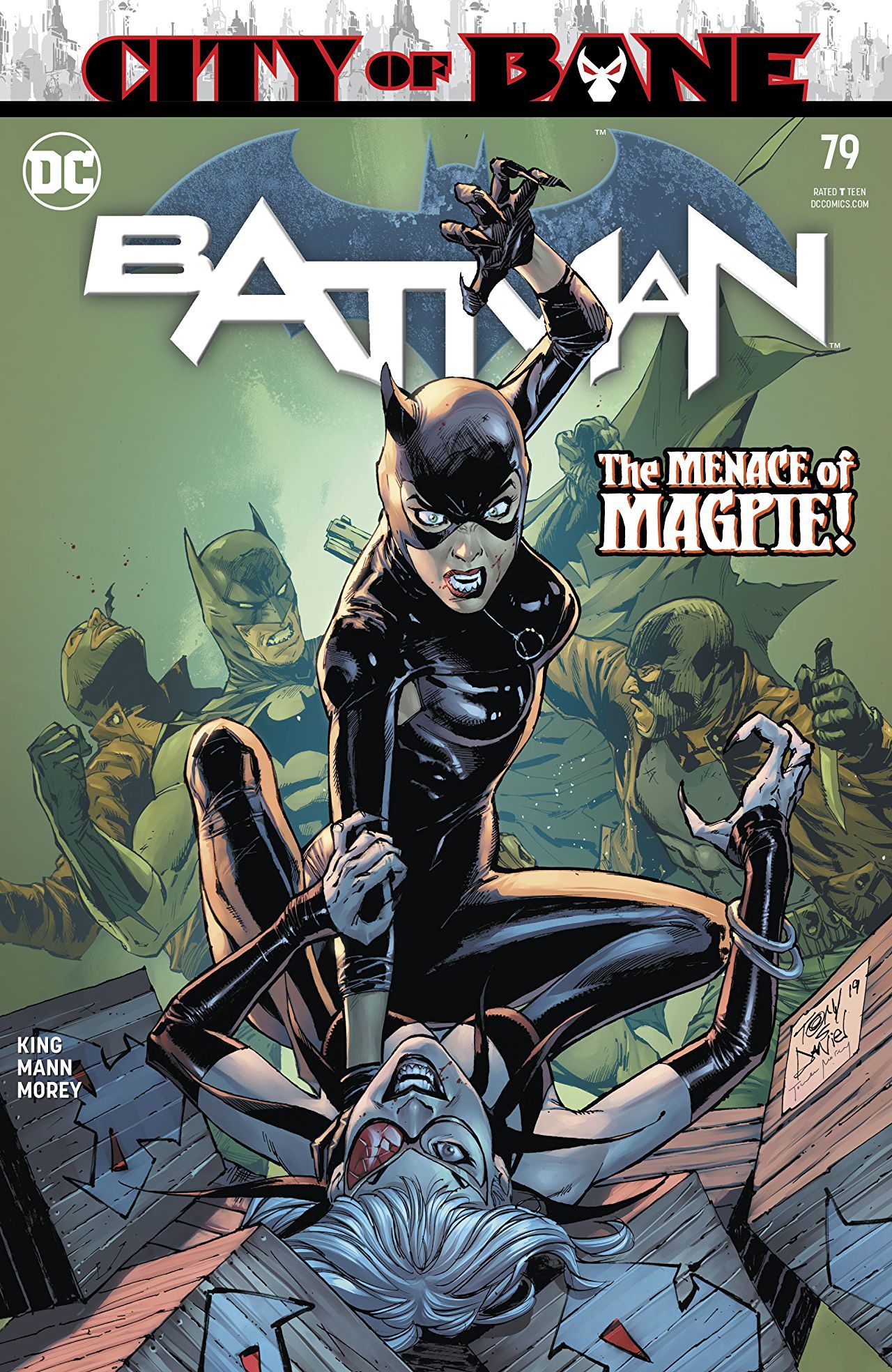 Batman #79 continues the story of the previous issue with Bruce and Selina on a tropical vacation as he heals up in preparation for his fight against Bane.

It should be noted, though, that Bruce isn’t just soaking in the rays and getting a Magnum P.I.-mustache tan line while Gotham is under siege. This issue’s events take place prior to those of issue #77, where Thomas Wayne gave Damian the beatdown only a psychologically damaged grandfather could and Alfred had to pay the ultimate price. 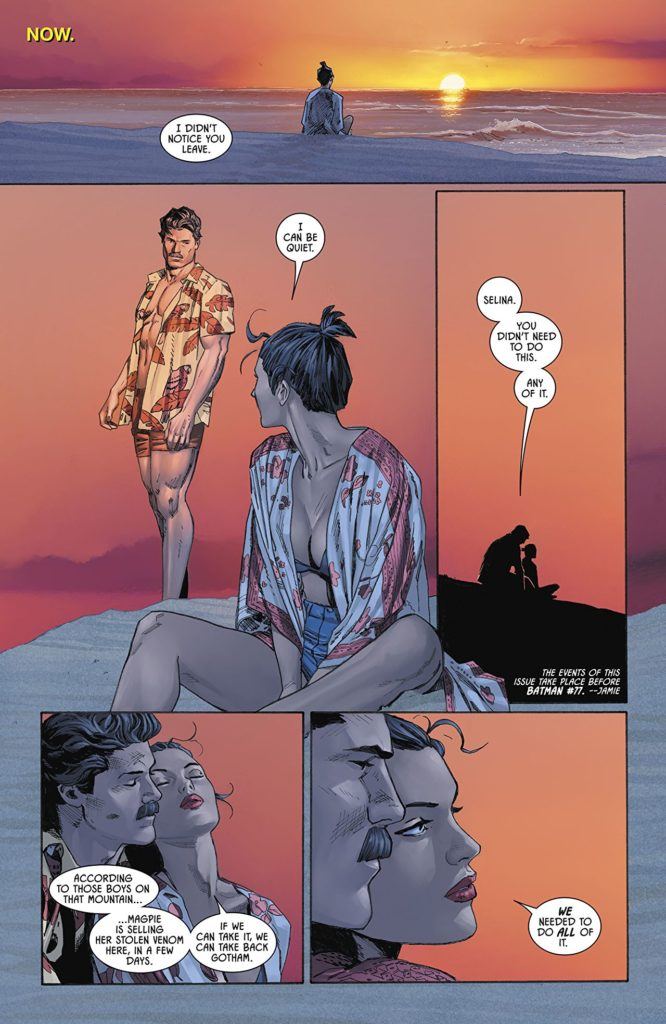 To be honest, as the guy who enjoyed seeing the Bruce-Selina honeymoon, I definitely didn’t expect to get two issues of it. Fortunately, this one appears to be the last detour before this story gets wrapped up. There are some charming moments of action spread throughout to keep things fun.

From the very first page, issue #79 is an ode to Batman and Catwoman’s past. It references both their golden age introduction to each other as well as the retconned one from Frank Miller. After debating their origins for the entirety of this run, the two have finally come to a compromise — which is what every happy relationship is built on, right?

Instead of going back and forth about where, they agreed to disagree and consider this key moment — before they head into the latest biggest fight of his life — as another chance to start over. The may have met on a boat. They may have met on the street. But they know for a fact that they met, for the third time, on the beach.