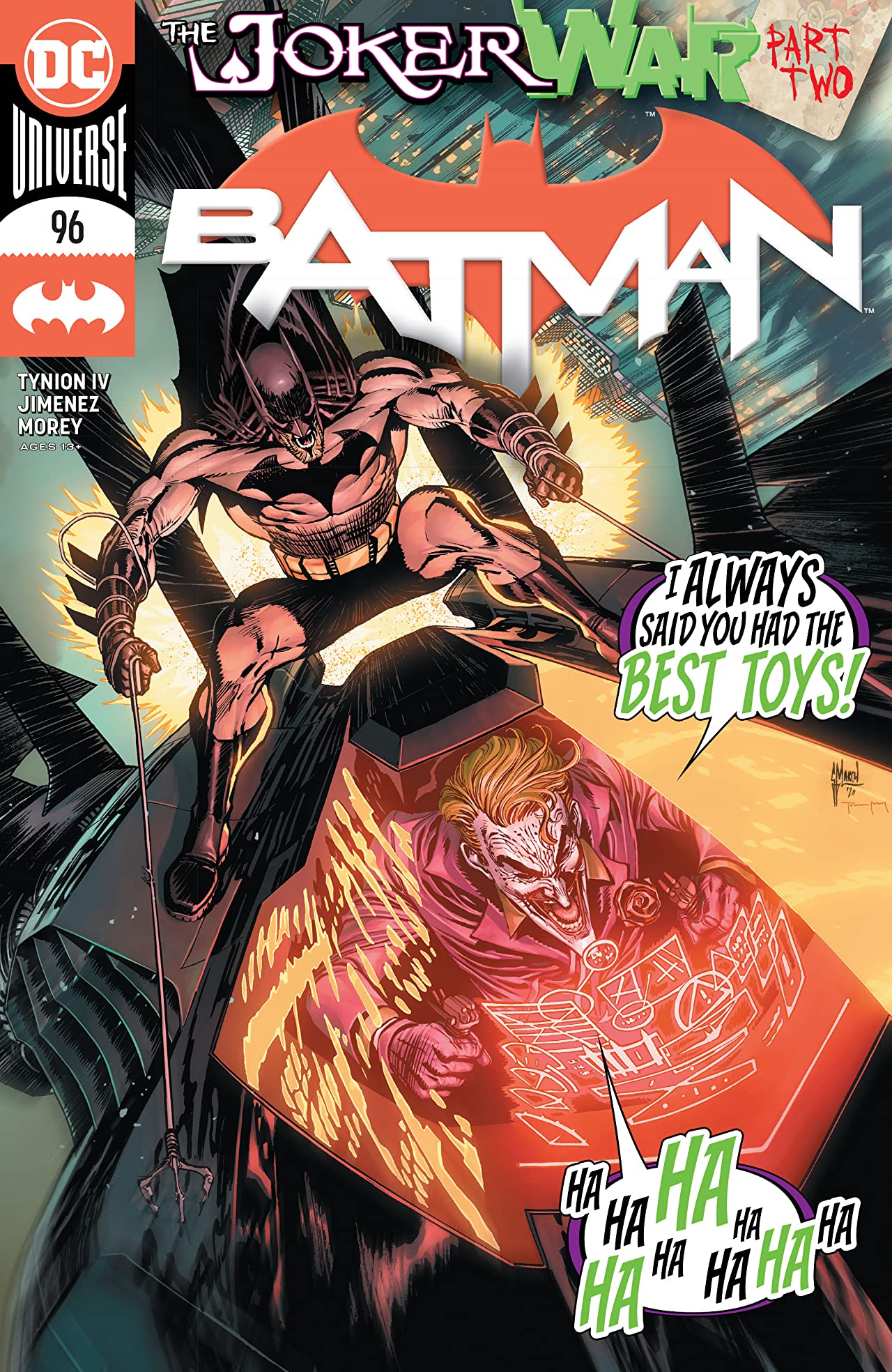 If you’re a regular reader of BNP content, you may recall that I was tasked with reviewing Batman for pretty much the entirety of Tom King’s run with the series, which included more than 80 issues.

I was tired, y’all. Not necessarily as a reflection of anything in the book, but because it was basically a long-term relationship. So, I needed a break.

Issue #96 was my first return to the series, and it was one hell of a jumping in point.

The issue starts off with Batman chasing down Mr. Freeze, who apparently has twins now, and using a satellite to send alerts to pedestrians to get out of the way. (Super cool touch, by the way).

Then we see Bruce get back to the Batcave only to be greeted by Alfred, reveal some distinguished patches of grey hair, and look over a peaceful Gotham City.

Jump back to reality.

Bruce is actually slumped in an apartment building with Harley Quinn watching over him after he was dosed with the latest version of the Joker’s infamous toxin. Not only was the world that started the issue entirely a figment of Bruce’s imagination, but he’s now hearing Alfred’s voice in his head as a sign that he’s still grieving his death. (Note: This was hilariously called “a bit of a psychotic break.”)

In other parts of Gotham, the Joker has taken over the city with the help of the Wayne fortune and has an entire city in ruins.

I won’t spoil how the book ends, but the Joker clearly has much more devious plans at play than taking over Gotham City as he brings back parts of the past to haunt Bruce.