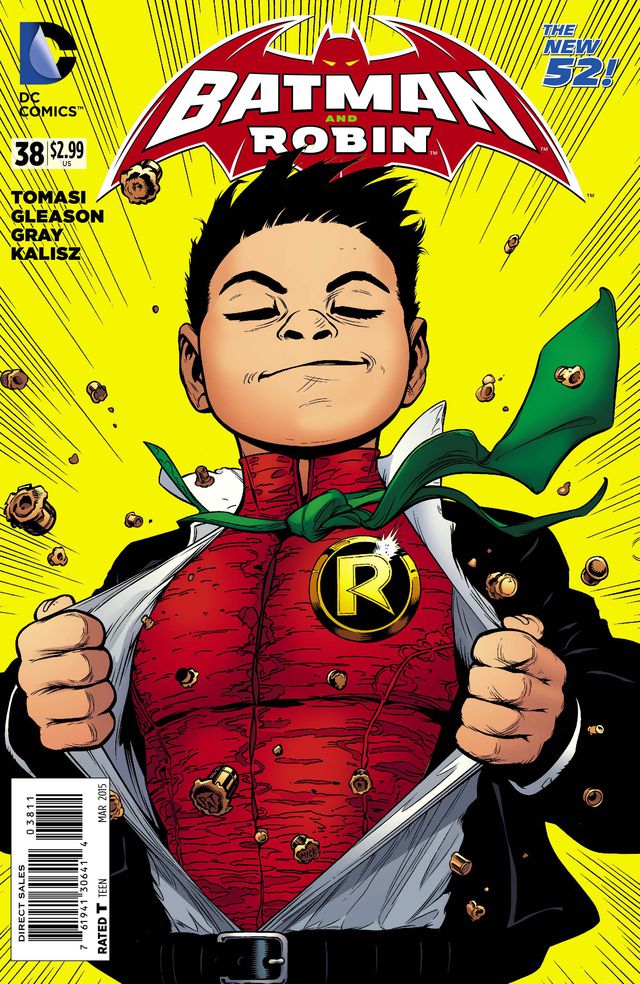 He can fly. He’s bullet proof. He can swim to the bottom of the ocean in one breath. He’s… a Wayne.

In issue #38 of Batman and Robin, we see Damian Wayne adjusting to being back home after “Batman & Co.” went to the ends of the universe to retrieve him from Darkseid’s grasp and bring him back to life… with some side effects.

Damian has gotten hold of some top notch super powers that he now plans to use to support his father’s mission to protect Gotham.

The only problem? Bruce doesn’t really like superpowers, now does he?

After going to the greatest lengths to just to get him back, Bruce is understandably reluctant to throw his son out to the lions again. But there’s more to it than that. 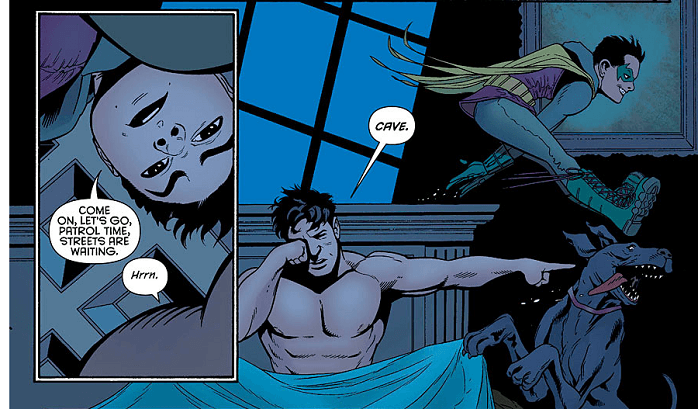 Issue #38 pulls on heart strings with fatherhood and responsibility remaining consistent themes throughout. Bruce doesn’t want to let go, going to the point of secretly having Damian ingest tracking software.

This issue takes us everywhere from the skies to the streets of Gotham to the bottom of the sea as we watch Damian battle his own demons. I mean, the kid was brought back from the brink of death. I’m sure we’ll see more of this as the series continues. Damian and Bruce will most likely have very different ways of dealing with them.

Watching Damian smile as he took on machine gun fire is so mind-blowing that I copped the physical edition of this book just so I could look at it.

Hubris? Eh, I wouldn’t worry about that right now. Right now Damian’s just dope and taking his new whip out for a test drive. Imagine him combining these powers (if they stick around) with the skills his father’s going to give him? Ah-may-zing.