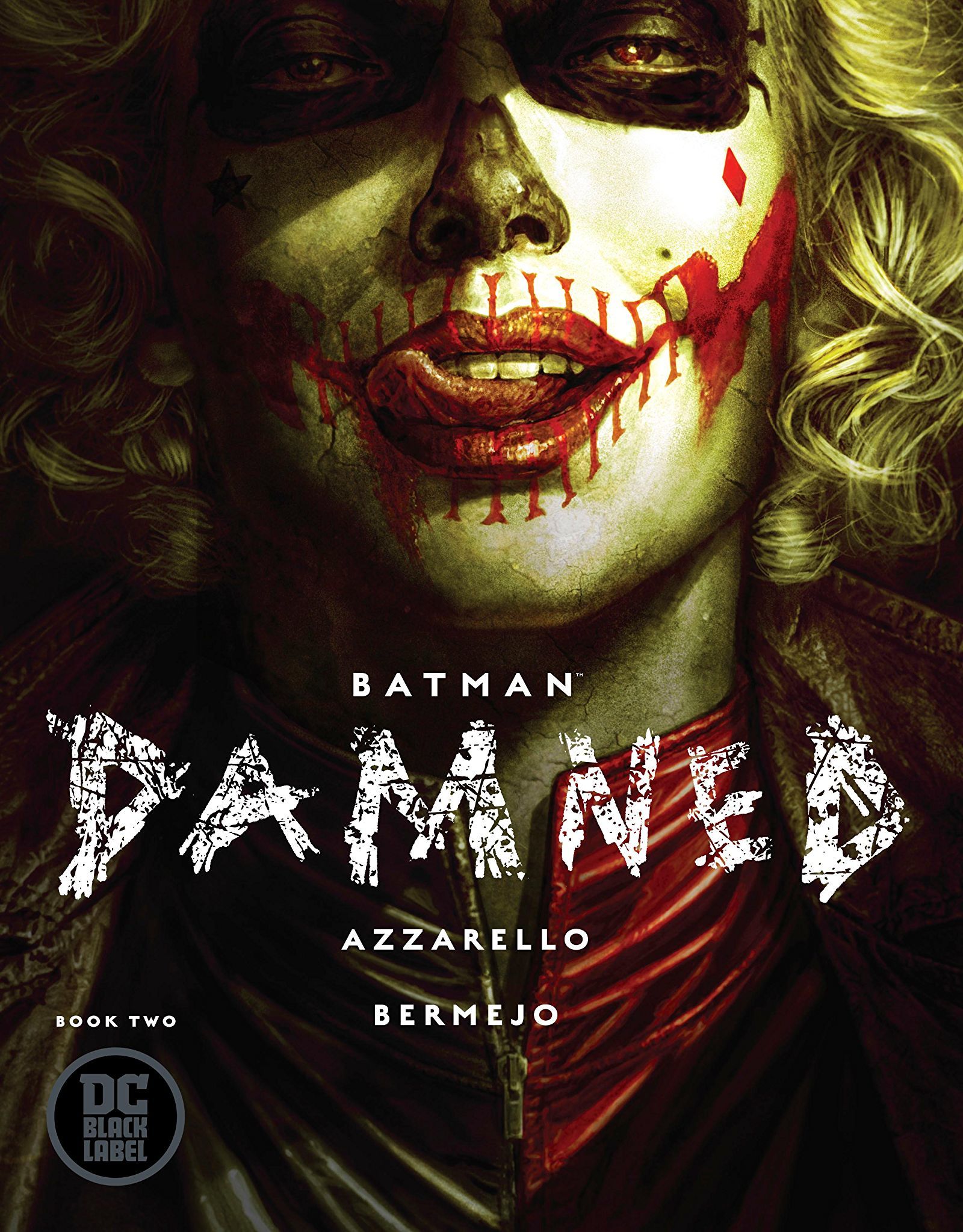 And the Joke Continues…

I admire Batman Damned #2‘s ability to callback trauma and make it pop up in different entities. There are four parts to a joke: the subject, timing, direction, and the effect. Brian Azzarello takes the darkness we know about Batman and fractions it. Batman Damned #1, showed us “unmasking” as an art form. How does unmasking something reveal the layers beyond the surface? Batman Damned #2 takes us on a path of control. What is it about control that makes Batman who he is; and why does the lack of control manifest itself in different forms?

The Joke At The Right Time

The best part about dark jokes is that it parades in its inconvenience. Batman always seems prepared for any form on inconvenience. Hence the reason why he is “always” in control. The thing about taking away power is that it always seems to come at a time when you can’t handle it. Batman’s loss of control throughout the comic speaks through the volumes of a gun, a separation, a fire, and a nemesis. Not only do these vices serve as a filtration method by separating Bruce’s control and savior complex but readers will be able to recognize danger as a “safe zone.” Bruce’s childhood was filled with danger and depression; therefore always being able to time it, creates a willingness to face it. Azzarello brought forth the “funny” part about Bruce’s sorrow: it always follows him. Sorrow never allows itself to be resolved. 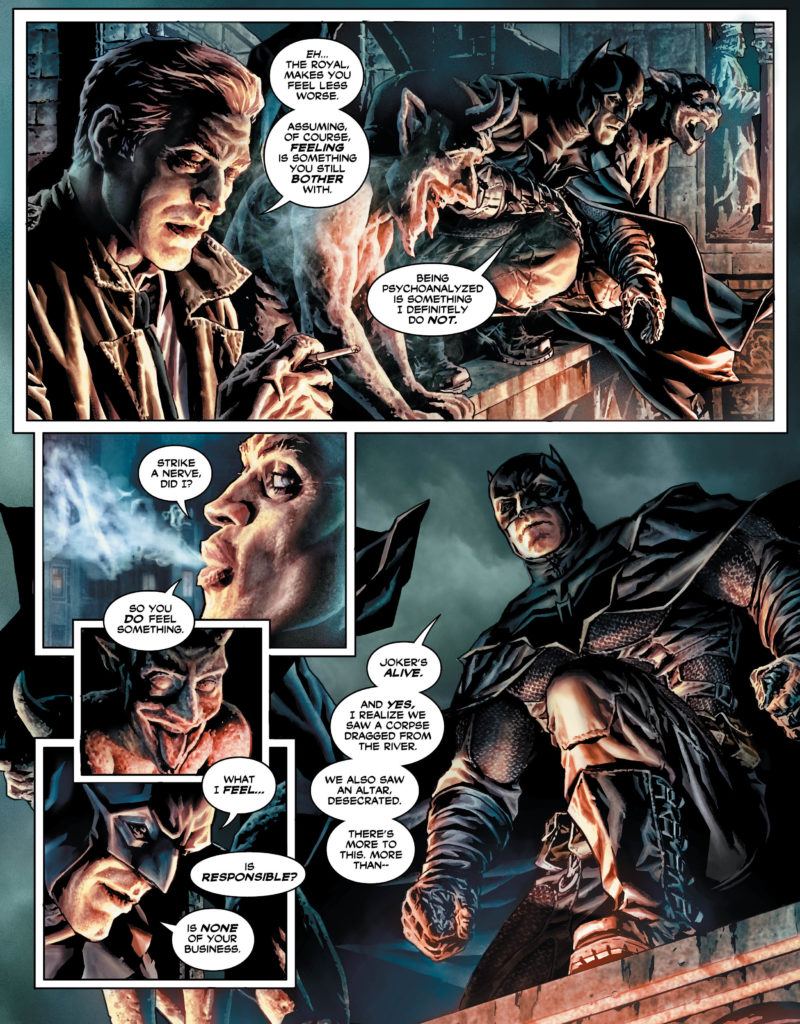 One main difference in the art style of Batman Damned #2 is the different color scheme. In the previous issue the dark colors with occasional flashy colors related to the metaphor of “unmasking.” In this issue, Bermejo made the hues slightly brighter, focusing more on the “flashiness” of memories and what that trauma brings forth. The style is no less “cinematic.” If anything, the realism made my heart sink. I hope to see how this artistic timeline affects the emotional pressure.

Batman Damned #2 didn’t have that anxious and flexible shape like the previous issue. Rather it presented layers of memories and gave room to unpack them throughout the panels. It still stands on its own, and I hope to see a merger of both the thrill of the darkness and the rage of painful memories.