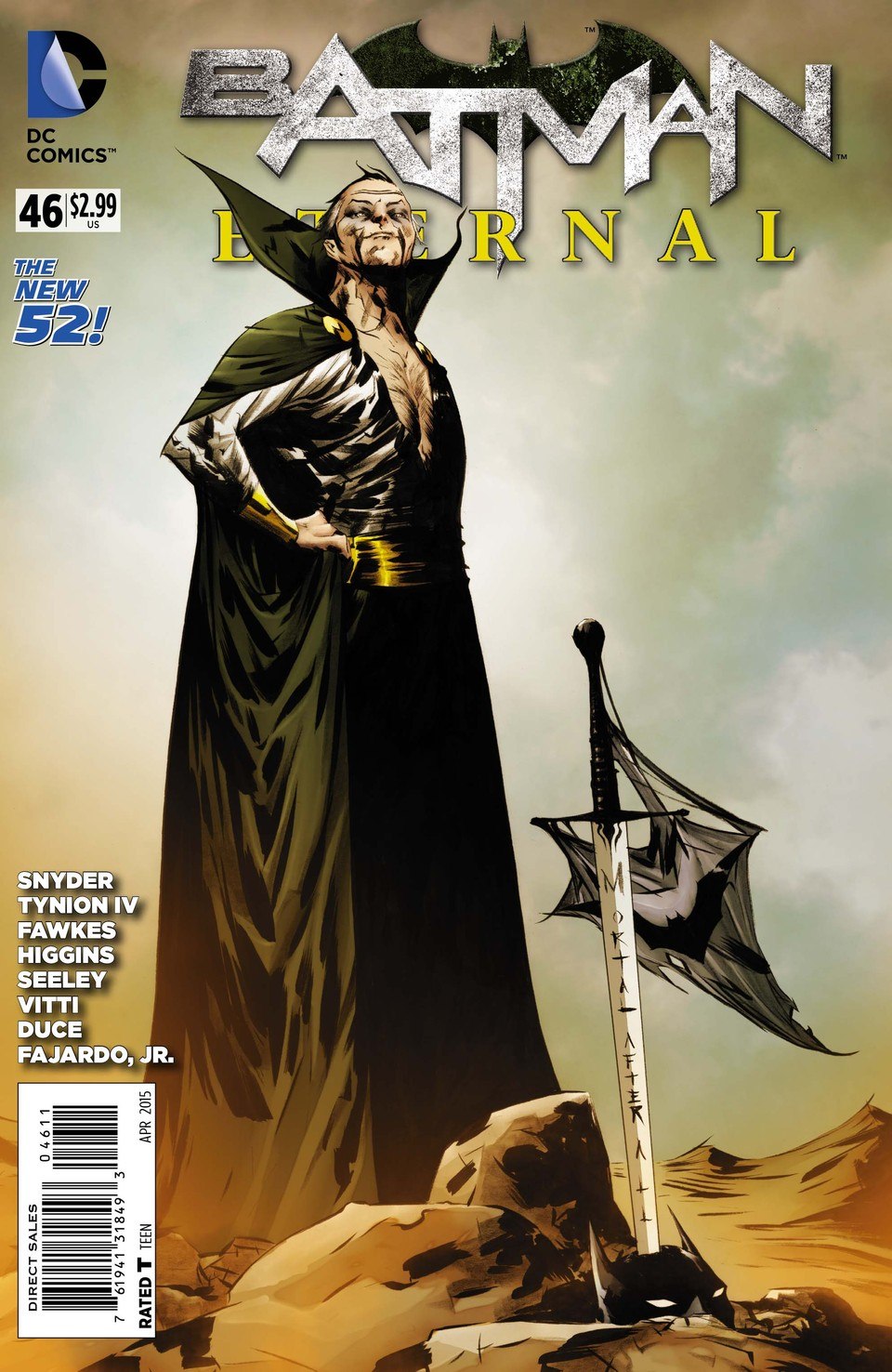 Batman Eternal is coming closer to its finale, wrapping up old plotlines and giving readers payoffs they’ve been looking for the entire series. The creative team has also been teasing all year-round with the big mystery, “Who’s Trolling Batman?” This has basically consisted of the Batman kicking every villain’s door down and shaking them constantly until they finally admit they’re not guilty. We’ve seen just about every major baddie in Gotham’s roster from the Riddler right down to the Cluemaster.

This week, as we near the end of the list, the Dark Knight peeks in on Ra’s Al Ghul, but finds him in a different state than anyone expected. Tim Seely succeeded in giving us a well paced, exciting, script that mostly gets good when watching Batman tear his way though a small gauntlet a Z-listers is entertaining enough, but still not as much as it could be…because they’re Z-listers. However, the exchange between Ra’s and the Dark Knight, short lived as it is, ends up a more fufilling endeavor. You KNOW things are bad in Gotham when Ra’s Al Ghul himself shows up to offer morale (or his egotistical version of it).

The artist(s) of the week are Alessandro Vitti, Christian Duce and Ronon Cliquet and it’s actually not as bad as teamup as some past collaborations in the book goes. The artists all seem to have styles that favor each other enough that it’s not a distraction from trying to follow the plot. It also adds a lot of charm that Eternal seems to be one of the few books in DC’s roster that attempts these kind of things. Whether it’s the book’s experimental nature or the world building element it lends to the Gotham universe, we’re going to miss Batman Eternal when it’s gone.

Bottom Line: I mean, who doesn’t love a good looking exchange between Batman and Ra’s Al Ghul? 8 out of 10