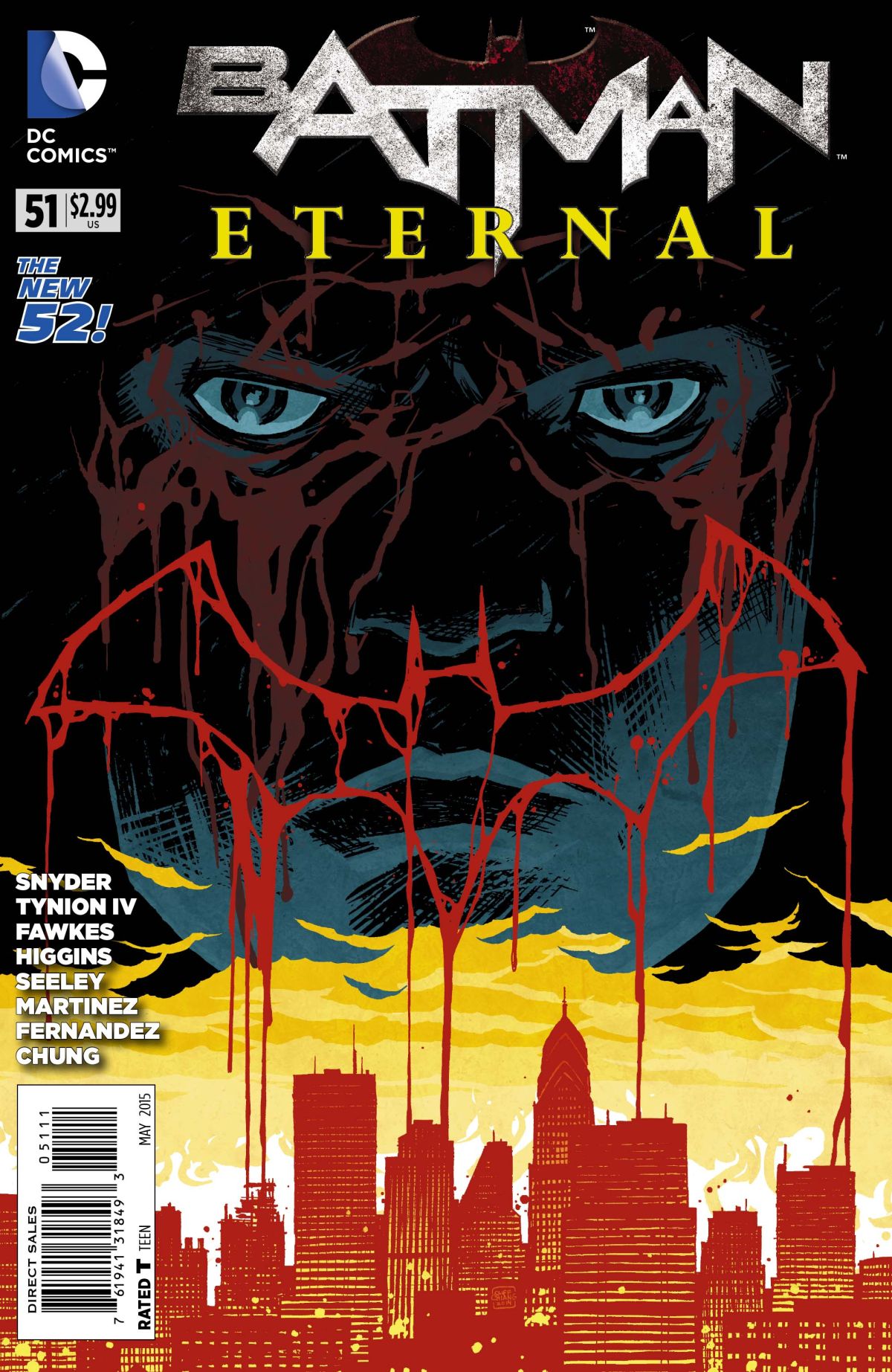 Okay, so, we’ve guessed and made bets all year on the identity of the mystery troll who has plagued Gotham with a fierce mad on for Batman. Well, we got our big reveal last week and it was definitely not anyone I would have expected. In fact, I don’t think it’s too premature to call it my “Seriously?” moment of the year because….I mean, seriously?

This week, James Tynion IV is still on scripting duties as Batman’s Mystery Troll does his victory lap, celebrating with the obligatory “parlor scene” where he explains in detail where our hero fucked up. It sorta makes you want to groan, but you can’t really blame him. After all, this guy basically never wins anything ever which is why nobody suspected him. One thing Scott Snyder has played a lot with is adding layers to Gotham that Batman gets to uncover. It lends a lot of flavor to existing mythos because it takes away a little of the Detective’s omniscience and makes him more vulnerable than he’s been in years past. The plot twist at the tail end, while AWESOME, does take a little thunder out of the mystery troll’s moment in the spotlight, but next week’s showdown is sure to make up for it. 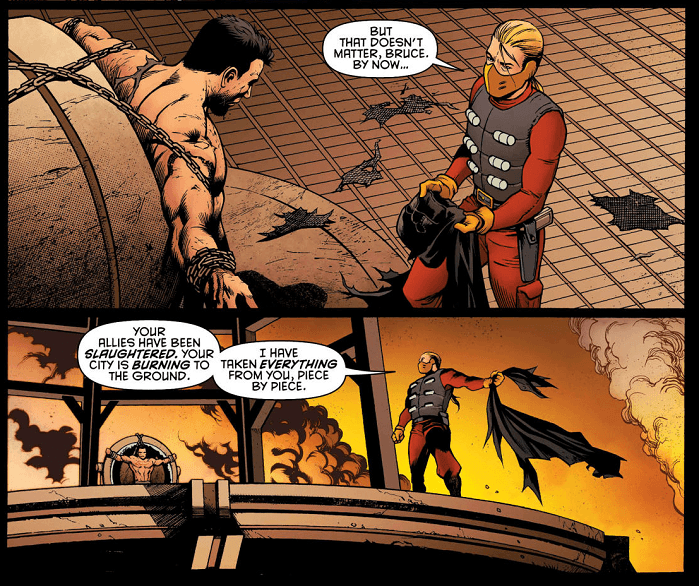 The “new kid”, Bluebird gets a really awesome heroic moment as she and the rest of the Bat-family is busy keeping the city’s chaos at bay. The big letdown here was, after all the buildup, the Spoiler’s decision to punk out and leave town like a big baby. However, we did get an epic “suck it up and get to work” speech from Jim Gordon. Even if he doesn’t have a single scene in the final issue, it totally makes getting him out of jail a worthwhile plot line. Alvaro Martinez’s artwork has been beautifully spot on during the home stretch and seems to be improving. He masterfully immerses you right in the bedlam to a point where you almost smell the smoke from a burning Gotham.

Bottom Line: This was possibly one of the strongest books of the series. A perfect way to jump into the big finale next week. 9 out of 10.