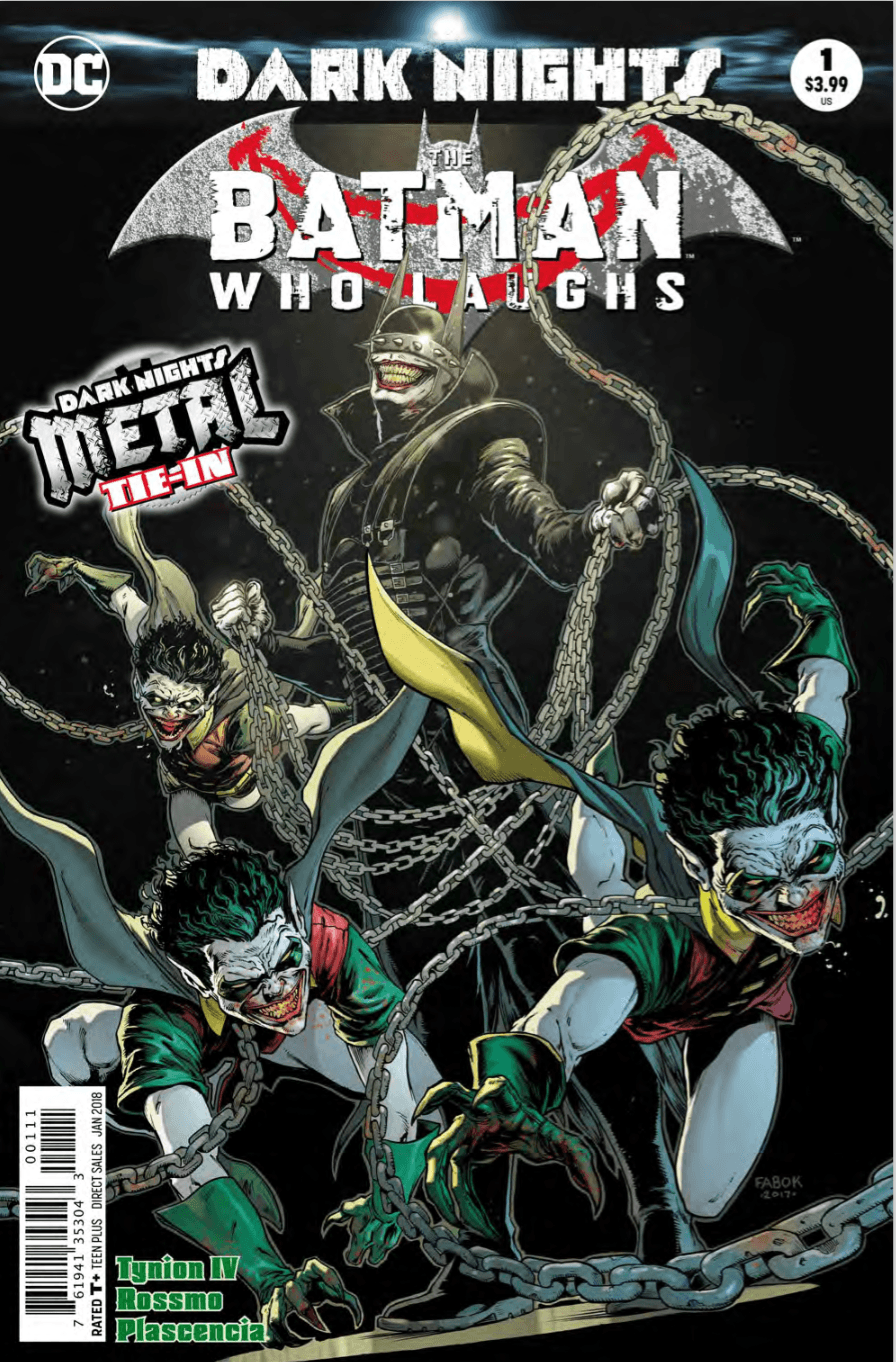 This. Is. Greatness. Batman Who Laughs is the story I’ve been waiting for from DC. This shit was a concerto, a real team effort, and everybody involved gets a shoutout for this one. Welcome to SPOILER CITY, POPULATION: ANYONE READING PAST THIS LINE

Batman Who Laughs gets it right. The concept is brilliant: what if Batman becomes The Joker? The writing is sharp. A tip of the fitted cap to James Tynion IV for taking this very edgy idea and giving it words. The work of turning The Dark Knight into The Clown Prince of Crime takes a monumental effort, this book delivers on all fronts. The aesthetic is dark, like, an oil spill in a public pool dark. The delivery is on point and razor-edged.

We literally get to watch The Joker’s grandest scheme play out in front of us. Batman Who Laughs jumps off with The Joker in the act of traumatizing all of Gotham. Not the usual trite or cliché musing, but truly damaging the city’s psyche. Batman is incapacitated, helplessly watching as Joker kills the parents of only children families. With a gun. At point-blank range. While having them stand in line to be shot!

This is one hell of an issue.

Straight savagery! This is ‘the joke that goes too far’. The one that pushes Batman to take Joker’s life, and in a beautiful twist infects Batman with extra potent Joker toxin. It all hits the fan after that, and Bruce just racks up all the bodies. All of them. Gotham denizens, Justice Leaguers, errbody getting this work. Batman Who Laughs turns the known mythos on its head and spins it. 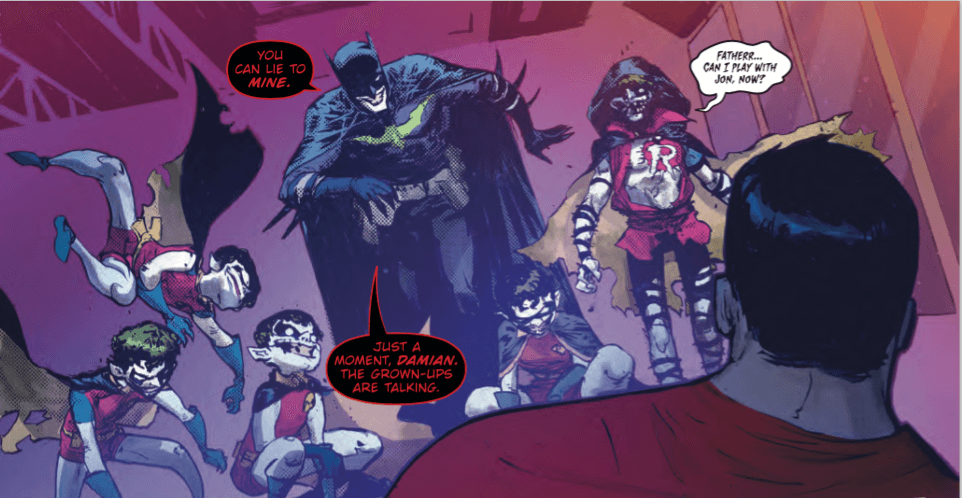 There is a synchronized effort by the staff to create a blended Batman/Joker presentation. Lead artist Riley Rossmo blesses us with an awesome BTAS-inspired Joker and more stylized mouths than you can shake a stick at. The cover art is a gaggle of evil Robins on leashes, held by Batman! If Bruce had a record deal with Ruff Ryders, this would be his XXL cover. Props to Jason Fabok and Brad Anderson for that nightmare fodder.

Batman Who Laughs serves up a salient story supported by great visuals! Ivan Plascencia’s colors jump off the page, and the panels are so cleverly placed that Rossmo deserves an award off the bat. The use of dialogue to move this plot forward hinged heavily on the lettering and Tom Napolitano handled that masterfully. 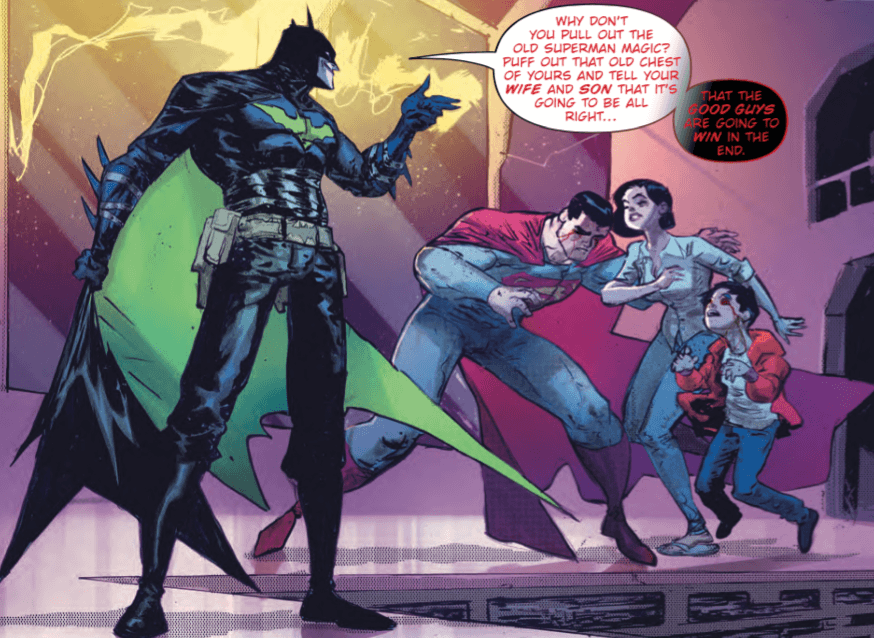 9 Pieces of Black Kryptonite out of 10