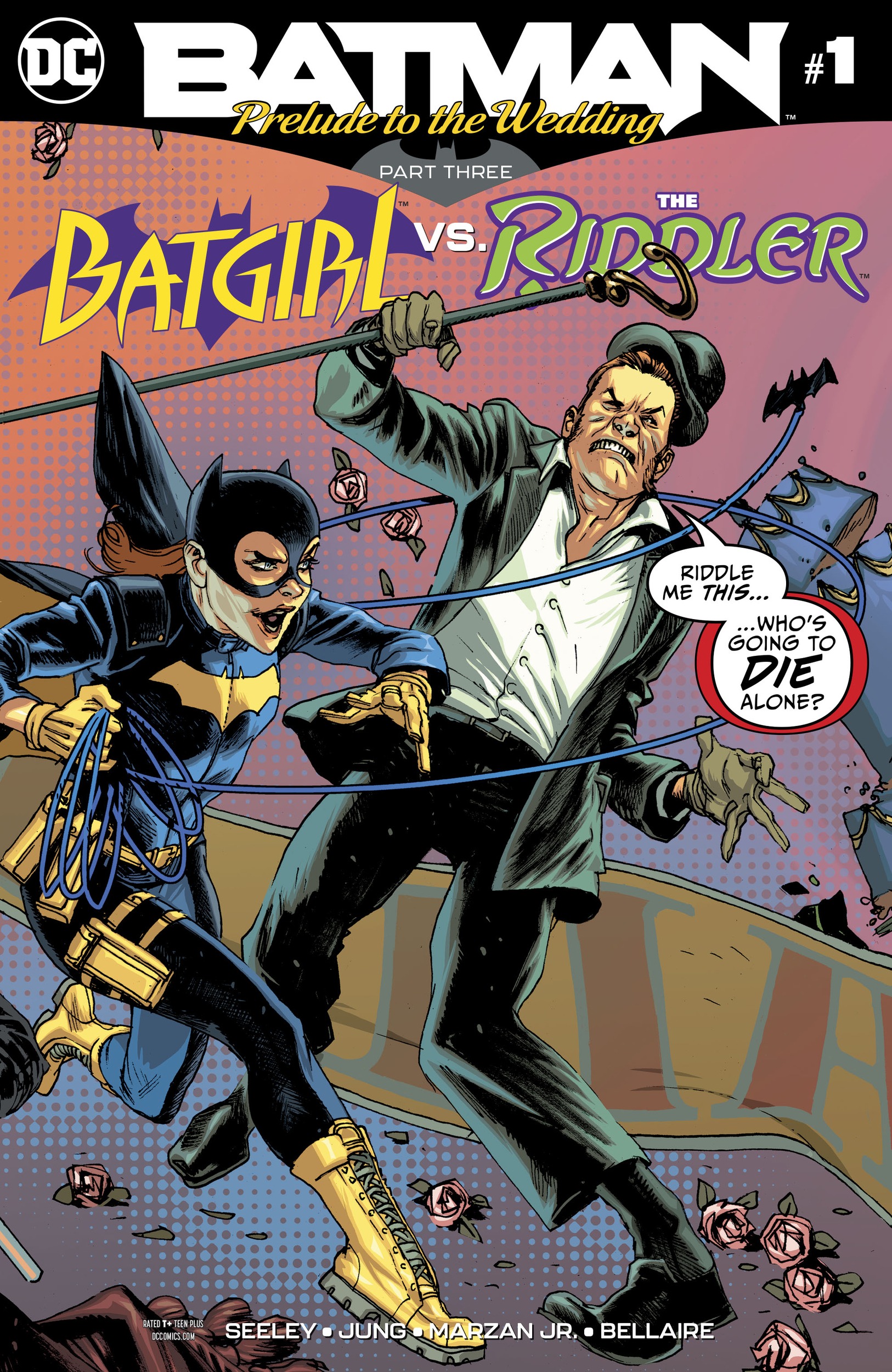 For Better or For Worse

Clunky exposition of who the villains are aside, Seely has clearly been having a blast writing Prelude to the Wedding. It’s been a minute since we had Seeley writing the Batfamily, and it is an absolute joy to read. Batgirl vs. The Riddler manages to change some elements of the formula laid out in the first two parts, and the continuing side story to the BatCat black-tie affair is insightful and illuminating.

Batgirl gets to gossip with her fellow Bird of Prey, Black Canary, before getting wrapped into the Riddler’s game. The expected trappings of the villainous monologue explain the circumstances: solve riddles, save people, repeat until the final boss encounter. The premise itself is paint by numbers, but Seeley manages to keep the pacing fresh with a neat little trick. Rather than inhabit the voice of Barbara, the majority of the issue is narrated by the Riddler. Through a series of cassette tapes, we get to hear Riddler wax poetic about his genius as Batgirl runs around Burnside. 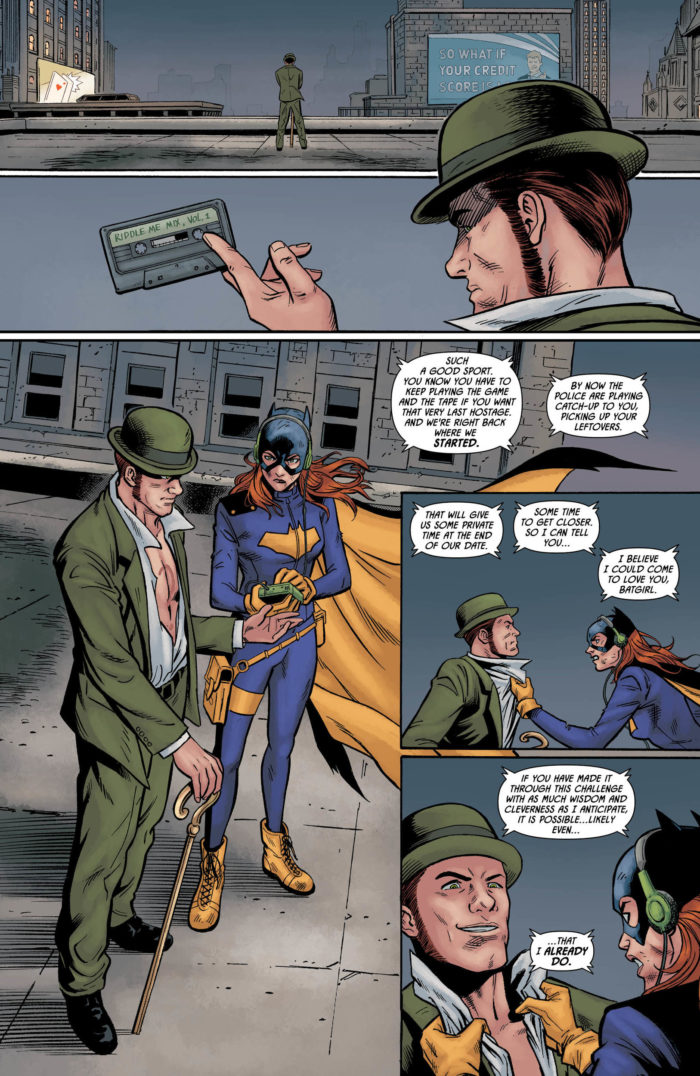 It’s a strangely meta-tactic, both to Barbara and the reader, but it allows us remark among the madness of Batman’s almost greatest villain. Seely’s Riddler feels like the natural progression from King’s Riddler as penned during the War of Jokes and Riddles arc, and the entire issue is a series of brilliant monologues set to Batgirl being a great detective.

A lot of Batgirl’s characterization in this issue is thanks to Jung’s illustrations. Batgirl’s grit, determination, and pensiveness carries through each panel and her actions show us that she is one of the greatest street-level vigilantes without a lot of dialog. It makes her words mean that more when she speaks up in the last act.

As each week brings us closer to wedding bells, Seeley is reveling in the chance to share how the BatCat union is affecting the different members of the Batfamily and at the end of the day, it’s just a lot of fun.