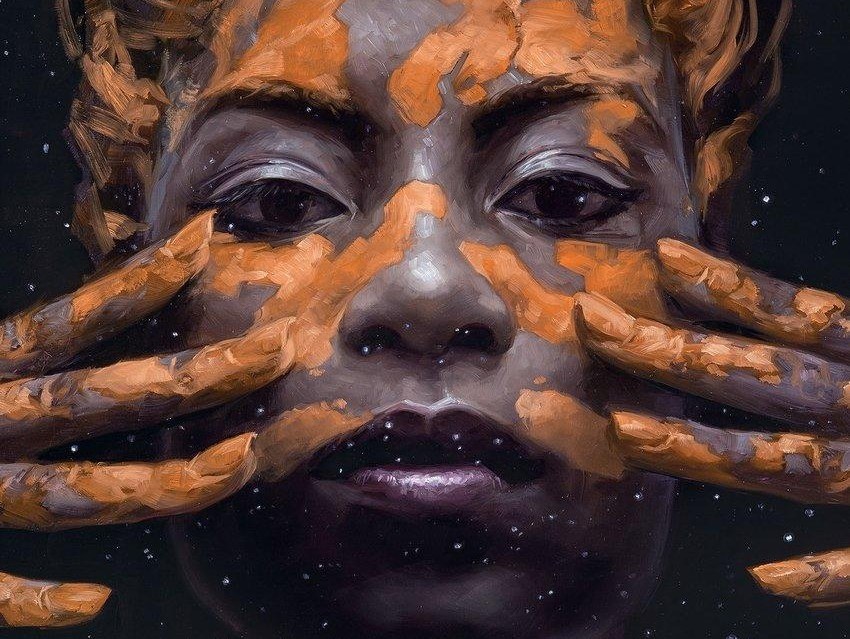 Nnedi Okorafor is the author of several widely lauded novels spanning science fiction, fantasy, and magical realism. In 2011, she won the World Fantasy Award for her novel, Who Fears Death, a tale of magic and history in post-apocalyptic Africa. Okorafor, of Nigerian descent living and writing in the United States, takes as the center of her fiction African culture and experience, and her recent novella Binti is no exception.

Binti starts as many other Science Fiction epics do — Binti leaves home against the wishes of her parents to pursue opportunity across known space. While this is a common beginning, it is uniquely outlined as well. Her “otherness” is marked in specific ways that may feel very familiar to some us — her skin is dark and covered in red clay; her hair is plaited and loc’ed in the same clay; she wears anklets that jingle loudly when she walks. She is marked from the start as being the daughter of a distant, imaginary Africa, (while all of her cultural identifiers are quite real for the Himba of Namibia) a protege in mathematics from a family of similarly skilled people, engineers and programmers every one.

She earns an invitation to study at the most famous university in the galaxy and decides to go. Even the journey feels at first familiar for the genre. She is liked by some, teased by others, ostracized by still others. But that is where the story I was expecting was left behind. While Binti is aware of how different she is from those around her, she refuses to be bowed by it. She goes proudly everywhere, meeting challenges on her own terms. She is not unafraid; she is brave in the face of her own fear.

Much of the mystery of Binti — both the tale itself and the young woman — is in her hair, and this is where this review gets personal. You see, I loc’d my hair 20 years ago, an act of rebellion I have only occasionally regretted, but never attempted to undo. I feel continually inspired by Alice Walker’s statement about her own locs from the late 90s:

After all, if this major mystery could be discovered right on top of one’s head, I thought, what other wonders might not be experienced in the Universe’s exuberant, inexhaustible store? (Introduction to Dreads, 1999).

So Binti’s experience with her hair, her connection to it, and her understanding of it, speaks to me and my own mystery deeply. Her hair sets her apart, signals her belonging and her otherness, and at the end it embodies her transition to a new identity. I felt that way when I plaited my hair and let the nappy coils do their magic. So when her hair entered the tale, I was enraptured, brought into the narrative completely, reading the last half of the novella in one sitting. I was left feeling as Binti feels in the end, wondering at the miracle on my own head.

At the same time that the story is intertwined with the unique experience of Black hair, it is still accessible to people regardless. The tale rings with other tales of otherness while also ringing specially for me. This is increasingly the direction of fiction. We’ve been taught to glorify the “universal” hero, when in fact those stories were always specific to a white, male, eurocentric experience. Now Black writers populate our own stories, centering our experiences and a different kind of hero — one who both admits to her uniqueness and implies the opportunity for connection in spite of and because of it.


[divider type=”space_thin”]
Binti has been nominated for a Nebula award in the novella category (at least 17,500 words but less than 40,000 words) for 2015 by the Science Fiction and Fantasy Writers of America. Voting starts March 1. If you’re a member and can vote, I encourage you to give this one a read and a vote. Voting or not, I recommend this book wholeheartedly. It is neither too long nor too short, too heavy nor too fluffy. Read it for the part of yourself that left home to chase something. Or the part that always wanted to.