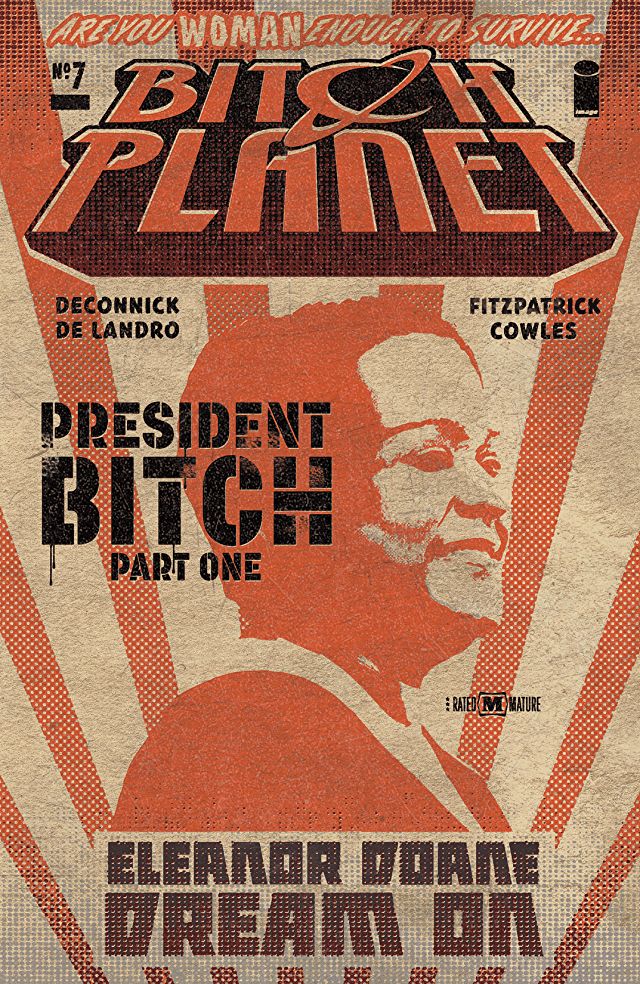 From start to finish, from front cover to back cover, first page to last… this issue solidified itself as one of Bitch Planet‘s best ever. It is perhaps my favorite as I type this review. The opening page of this book features brown-skinned children traveling in a place that’s most likely not home, deemed “trespassing” and “threat” and eliminated, mostly off-screen, by a security system. This happens as a Caucasian male sits, watching all of it on a screen. He orders their deaths with suggestions from the security system and then walks off to lunch unaffected, later making the report which details the ending of the lives of these three children. 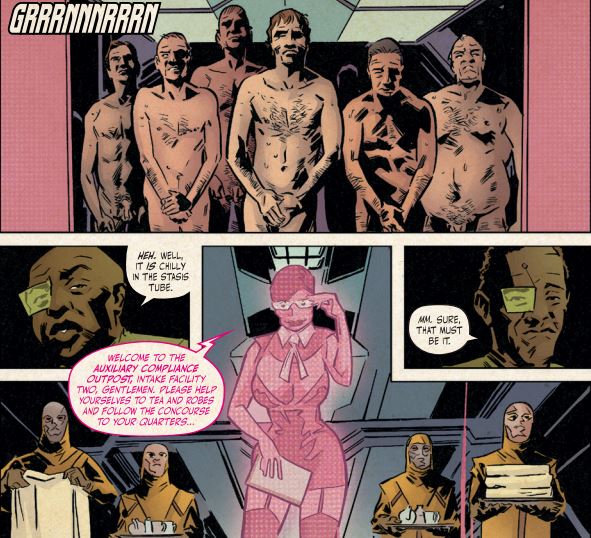 What a fun twist to see the men’s welcome to the planet… in positions of vulnerability as they stand naked and exposed. Gotta note that they aren’t treated like cattle as the female prisoners were in the first issue. They aren’t man-handled or beaten. We soon learn that among these men is Meiko’s father who is on-board to help design a new addition on the planet — the stadium where his now dead daughter was supposed to stand with her team mates — and he is unaware of the news.

What strikes me as noteworthy is the hologram aid who is helpful and patronizing to him as he moves through the planet, being denied access to his daughter while being a cog in the system that took her from him. As Meiko’s death still hangs in the air, tension hasn’t completely disappeared but the inmates are put to work — hard labor to help build something new. Kamau falls back on all the connects she made to get the info she needs to help lead her crew to victory. It’s amazing to see her navigate a not-safe place and work certain folks to her advantage in the name of survival.

[divider type=”space_thin”]
Also to see Whitney, former employee behind bars, in a room somewhere! We learn that she is being held responsible for the fiasco from the last issue and the tables have turned! It’s a viable reminder that women, yes women, can be oppressors to other women. We can participate in oppressing our sisters. Women can very well contribute to a system that hurts other women and in all irony be left out in the cold themselves. 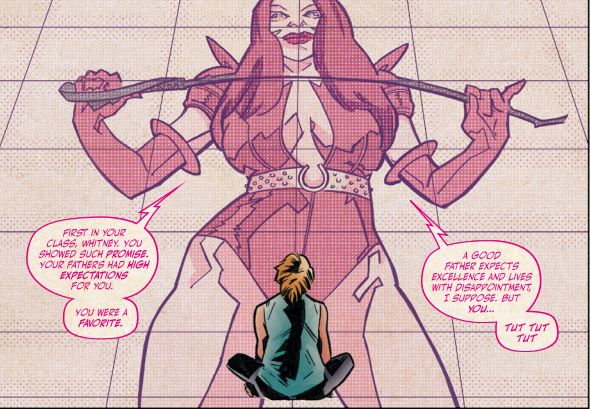 Kudos to yet another well-written issue that is perfected by the art, inking, and coloring that takes these characters to a new level in storytelling where the subversive keep striking back when they get knocked down. A particular scene in this issue revolves around Kam and Penny in which I dissected in further detail will be available for your reading pleasure in a few days, It especially made this issue shine for me and helped make it my favorite issue yet.