When DC Comics made their sweeping announcements about which books would be launching post-Convergence, I (as EIC) called dibs on Black Canary. Not only was I excited to review a book centered around one of my favorite characters in DC (and under-utilized in the New 52), but I was really on board with the creative team of Fletcher and Wu as well. Issue #1 and the jumping point of this comic are both what you wouldn’t expect and somehow what would. Dinah is a Rock n Rolla, a singer for a band called, you might have guessed it, “Black Canary.” The interesting thing about Dinah is that while she’s a great singer with a killer voice (see what they did there?), she keeps getting into fights at every concert. Well, fights might be inaccurate. She keeps beating perpetrator’s asses at their concerts. Obviously, the reputation of Dinah and the band is growing, but not in the way some of the band members would like, as they didn’t sign up for this. 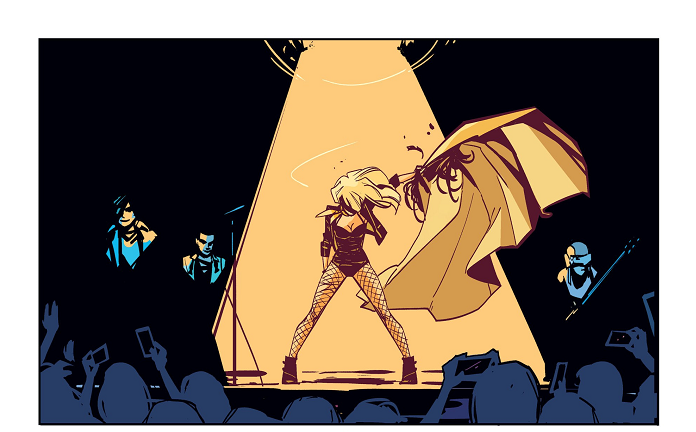 This is a very unique approach to a superhero comic coming from one of the big two. Dinah keeps her past mostly hidden and I’m sure we’ll find out why she “did like only 1 mission with the Justice League” to fronting a rock band on an EP tour. What the book does well is showing how much of a bad-ass Dinah is without giving the typical venue for her to do so. She still stands as a champion against unjust folks, she’s still the melee champion of the world, and yes… she’s got the patented scream. The story is a bit jumbled and doesn’t have quite the hook you would hope for in a #1, but it is interesting enough to keep you coming back, even if it’s not a home run. 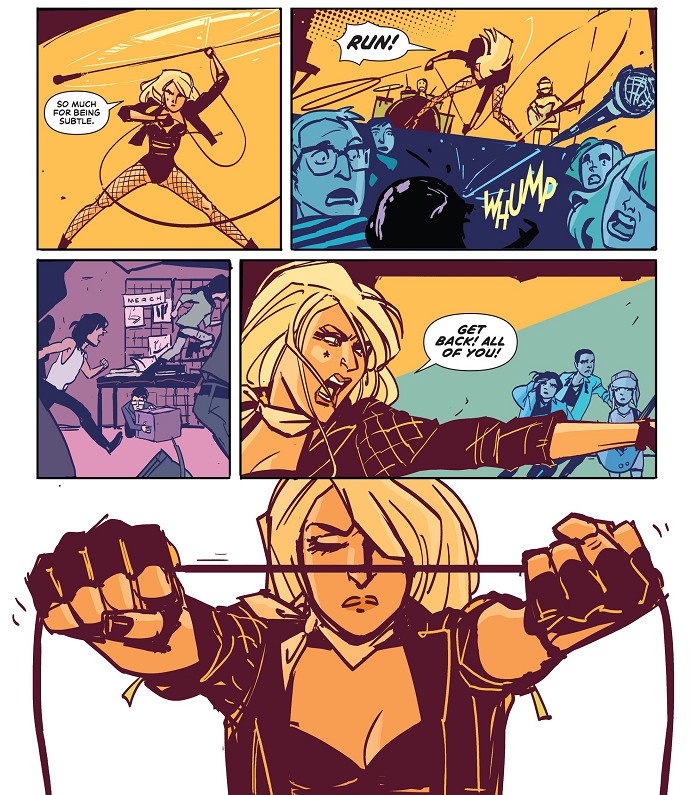 I became a fan of Annie Wu’s art when she jumped on Fraction’s Hawkeye when Kate Bishop Da Gawd went west (still waiting on that conclusion by the way…) and her art is just as fitting here. They have found a practical way to keep Dinah in her trademark leotard and fishnets in 2015. The art style is both soft and and hard edged when it needs to be, and it fits this story. Wu handles the action in a manner that differentiates from the dialogue moments well. I do like the pairing of this team and think that they have the potential to make a pretty cool book.

Black Canary doesn’t explode onto the shelf in issue #1, but it introduces some pretty cool elements for a new comic book story with a familiar hero.