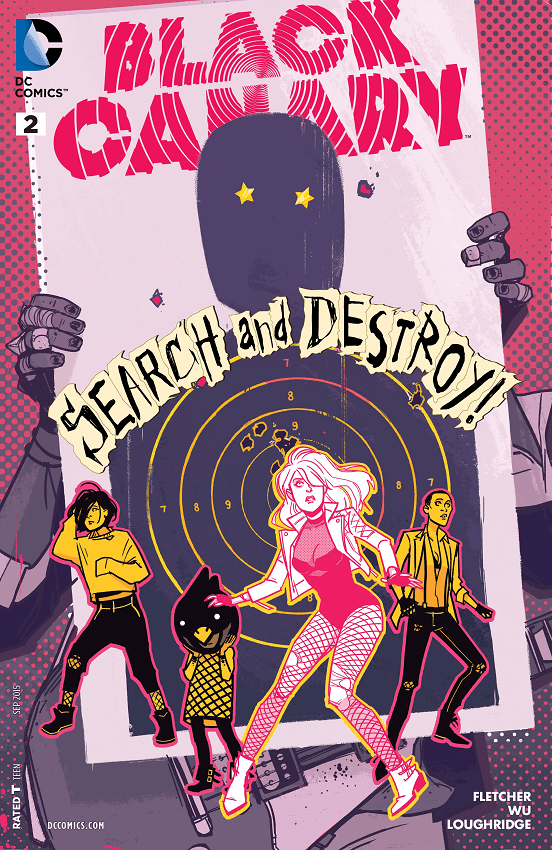 I will say this about Black Canary thus far: it feels wholly different than most of DC’s line-up, which is a good thing. Much of that is due to the tonality of given weight by Annie Wu’s terrific art, but also in the story its attempting to tell. This is still a superhero book and Dinah is still prioritized on protecting the innocents first, but backdrop that Dinah of all people is on the run or that she herself is adopting a public persona we’re not accustomed to is unique and fascinating. Issue #1 did some good things as far as set up, but this issue feels very balanced in focusing on the band’s dynmaic and the core thing at stake as far as protecting Ditto and training the band to do just that. 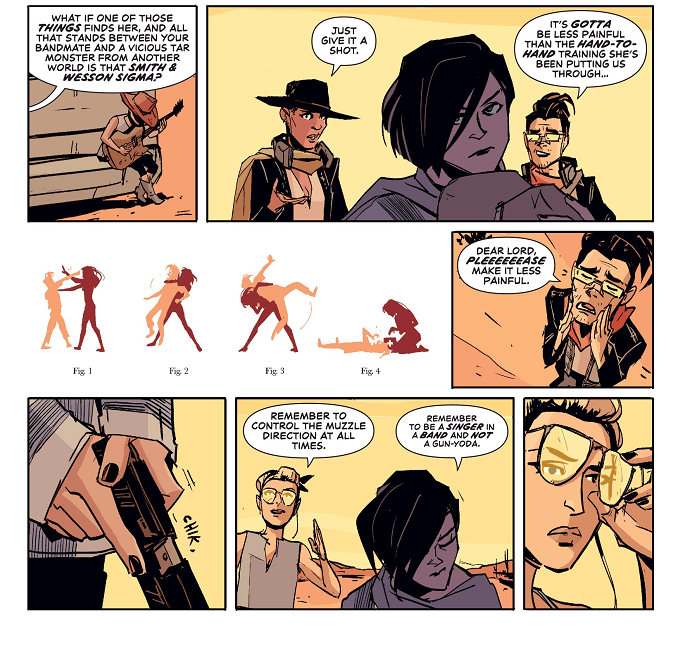 There’s also some nice tidbits here that expand the individual personalities of the band members, which we didn’t see a ton of in the first issue. Whether it’s taking lonely selfies, having surprisingly good marksmanship or marveling at the bravery of dying one’s hair, this book felt more well rounded in its personality by taking a little time to flesh out other characters.

What lies at the heart of this book is the question, “what exactly is Dinah’s story?” and how it unfolds. The last page gives some indicator that this isn’t a Black Canary story that we’re used to while adding a lot of intrigue moving forward.
[divider type=”space_thin”]
Black Canary remains interesting and gains some traction by focusing some on the supporting characters. So far, Fletcher is saying a lot by not saying much about Dinah’s back story that brought her to this point in the story, but how that gets revealed will decide the quality of the storytelling in this book. And also, Annie Wu is great. But you knew that already.