type in your search and press enter
13 Shares

Out this month, Black Enough: Stories of Being Young & Black in America, edited by Ibi Zoboi contains more than 15 stories of Black teens. A star-studded anthology with stories of being young and Black in America from Zoboi, Jason Reynolds, Nic Stone, Renée Watson, and more, the anthology demonstrates a wide variety of experience, across class, region, and religion. To talk through all these stories, two of our book reviewers, Leslie and Carrie, got together. The good and weak, the fantastic and omitted, we cover it all.

Leslie Light: Let’s start with some establishing questions: Did you know anything about the editor, Ibi Zoboi, when you picked up the book, or did you pick it because of the title? Or some other reason?

Carrie McClain: I haven’t had a chance to read any of her work as a writer yet but I’ve seen social media light up about American Street and Pride. I keep seeing both books in Bookstagram land. The Authors in the Black Enough anthology have been talking about the book online, so word spread that way. 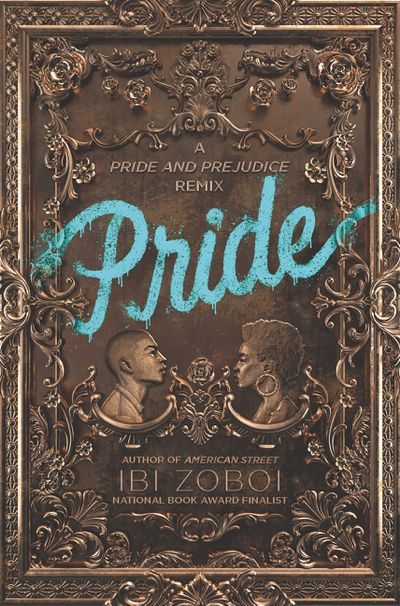 LL: I picked the book up because of the writers, but now that I’ve read her short in the anthology, I do want to read her book Pride, as well. It sounds great.

CM: Pride and Prejudice adapted with Black and Brown folks in the Bronx?

LL: I’m not even a Pride and Prejudice fan and I’d rock with it. Out of the authors in Black Enough, I’d heard of Justina Ireland and Dhonielle Clayton, so this was a chance to read so many more authors I hadn’t touched on before.

CM: Justina Ireland was a name that sealed the deal for me too. As we loved Dread Nation.

LL: TOTALLY LOVED IT. Her story in this one, “Kissing Sarah Smart”, was fantastic.

CM: It was. The ending really worked. The characterization. That was a fave story for sure.

LL: I’ve got a sweet spot for summer romance stories too, but that one had a unique twist.

CM: The twist for sure. There were a few stories that endings didn’t pay off for me, but hers did. It felt organic.

LL: I’m at the point where I’ll read everything Ireland writes. What other stories stood out for you?

CM: “The Ingredients” by Jason Reynolds. He just gets the voices right. When I was reading his book Miles Morales: Spider-Man within the first five pages, I heard the voice of my father. I loved his story in this anthology of Black Boy Joy and silliness. The boys’ dialogue comes across as believable. Black boys shooting the breeze. The ending is funny too.

LL: I (obvi) had to read “Black.Nerd.Problems” and I would say the same about Lamar Giles’ voice. His kids are so right there. His characterization of teens in a mall is spot on. This was a nostalgia trip for me right back to Severance Town Center (shout out Cleveland!).

CM: I used to work retail in a mall and it is spot on! Different personalities for different stores. It brought me back. Black folks making up fashion as we go too!

LL: That’s what was under these stories for me: Not just that the characters were Black, but that their *worlds* were Black too. Sometimes you read stories with Black people and it really, it feels like Blackface, like white people pretending to Blackness to sell a story. The stories in Black Enough weren’t that at all.

CM: Yeah, I see where you’re coming from. Which goes back to the theme of this anthology.
“…Black is urban and rural, wealthy and poor, mixed race, immigrants, and more — because there are countless ways to be Black enough”.

“…Black is urban and rural, wealthy and poor, mixed race, immigrants, and more — because there are countless ways to be Black enough”.

Some stories made me tear up a bit. Renee Watson’s “Half A Moon” story, the first entry was a good way to start off the anthology. It’s about two half sisters at a summer camp. Watson wrote Piercing Me Together, a great middle school book for readers who liked The Skin I’m In.

Watson writes Black girls well. Her short story made me think about my own half sister. The tensions between sisters is something readers will pick up on. About ten years ago my older half sister pretty much said she didn’t want anything to do with me or my brothers and it devastated me. Reading about these sisters eventually get it right made me happy at least someone gets to work at a happy ending.

LL: Many of these stories don’t have happy endings. Is that indicative of teenage years?

CM: *WHEW* Many of these stories don’t have happy endings. You’re right. Because clean cut and wrapped with a bow happy endings just aren’t realistic to be honest….Dare I say it? For Black youth. Keep it 100.

LL: Dare say it! And I think as these teen stories diversify, as there are more of them from different writers, we’re beyond pretending that they do.

CM: True. I hear stories about their teenage years from non-Black classmates and co-workers and then I remember how folks who worked in stores would follow me and my friends when we were teenagers and…

LL: The suburban white visions of teenage life don’t match up with what the rest of us were living. I wasn’t broke but I was never “carefree”.

My fave surprise of the book was “Samson and the Delilahs” by Tochi Onyebuchi. It was totally unique. It had no easy answers, but had a good basic “use your voice to make you happy” message that filled me up.

CM: Y. E. S. OH MY GOODNESS, sleeper hit of the book: “Samson and The Delilahs”! Meeting someone who is different from you and the clash!

LL: It made me want to start a band.

CM: I loved the inclusion of the immigrant experience.

LL: I want a movie of that story!

LL: The immigrant edge was what made that story, the details, the smells. So. So good.

LL: Do you think this could be an yearly anthology?

CM: This anthology is a good format. I’d love to see this again with other Black writers. It can’t be understated how much I love seeing work about us for us.

LL: And not just one kind of “us”, not just the stereotyped, imagined ‘hood rat or ghetto girl that we see so often, even from some Black writers. Real depth and variety in our stories. This is what we came for.

CM: I feel like a lot of love, genuine thought, and consideration went into this book.
Black editor. Black writers. Black experiences. The cover art made me happy too. I’ll never get tired of seeing Black people on book covers.

LL: I think the cover is a little basic, but gets the point across. Facts though, seeing us on covers never gets old.

“To Virginia Hamilton and Walter Dean Myers. We Stand On The Shoulders of Giants.”

CM: Did you see dedication?

“To Virginia Hamilton and Walter Dean Myers. We Stand On The Shoulders of Giants.”
NOICE.

Who do you think the audience is *best* for this book? YA audiences for sure. Some stories are going to hit harder than others based on who is reading what story. Yet there is something we all can relate to in picking this one up.

LL: I felt like it was good for adults too, like I could look back at that time in my life and see myself — while also having my rose-colored glasses broken a few times. Accessible to all.

CM: I’m not a Black boy, nether do I love horses or live in a rural area. Yet I related to the suffocating, Christ-loving parents in Jay Coles “Wild Horses, Wild Hearts” story.

Yes to the “having my rose-colored glasses broken a few times” feels, Brandy Colbert’s “Oreo” spoke to the tensions between Black folks and families. I was a different set of cousins each time I read it.

LL: The best stories let you move through all the characters and see yourself there.

CM: Was there anything missing from this book? Anything you would have wanted to see?

LL: There was a general lack of Black pain, which I’m glad wasn’t there.

We had a good crop of stories dealing with sexuality and identity. I would have loved one on a Black youth transitioning or a gender fluid Black teen. I know those stories are out there.
Just not one in this anthology.

LL: Good point. were there any stories about disabled teens either? Some stories touched on mental illness, suicidal ideation, and such. Those would be good places to lean in for Vol 2.

When writing a note to her fans on why she decided to write this book now, Zoboi says: “my hope is that Black Enough will encourage all black teens to be their free, uninhibited selves without the constraints of being black, too black, or not black enough. They will simply be enough just as they are.”

We both enjoyed this anthology of short stories focusing on Black teens and are hopeful for a volume 2 with new authors and even more perspectives. Black Enough: Stories of Being Young & Black in America, edited by Ibi Zoboi, is out now from Harper Collins. You can buy it anywhere books are sold. 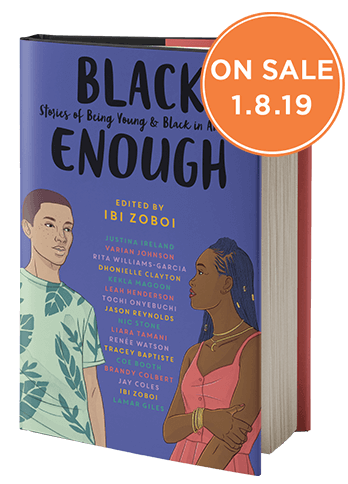 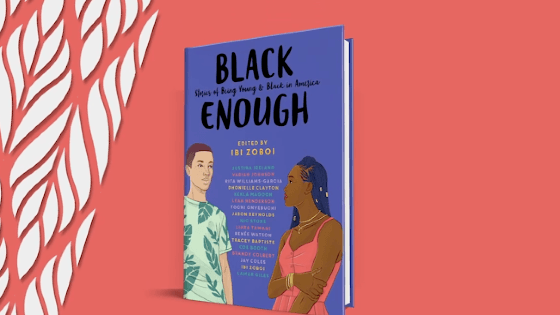