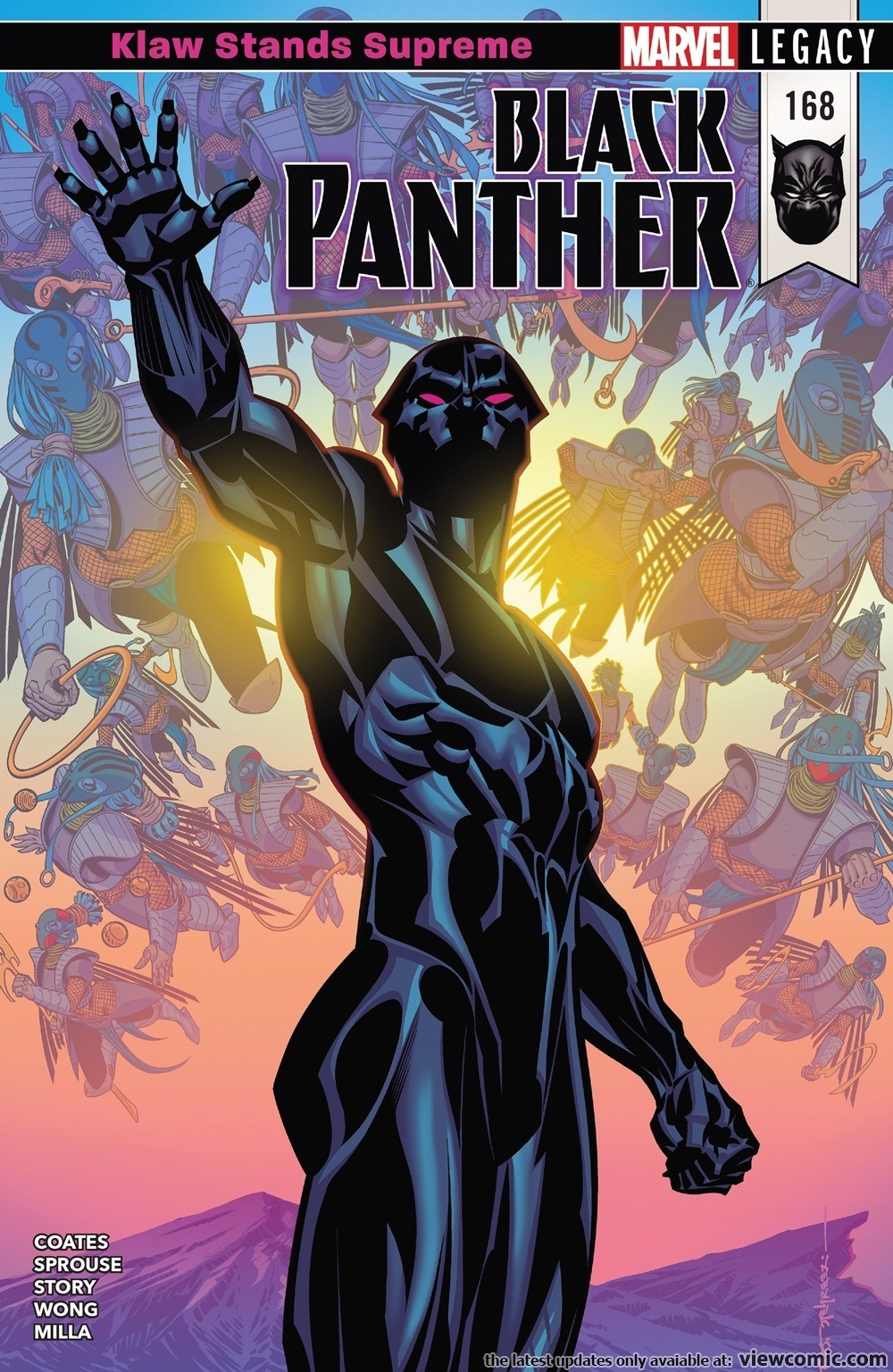 Ta-Nehesi Coates is actively working miracles on Black Panther. To take a character to places they’ve never been before, one must evaluate and take inventory of where that character has been and how he got there. This book does exactly that, calling into question everything T’Challa know about his legacy, examining how that affects the constant struggle of deciding when to be a king and when to be a hero.

Issue #168 continues the “Avengers of the New World” arc as T’Challa and his allies figure out a new strategy to combat an old nemesis. Team Panther has been a step behind so far, but now that their enemy has a name, it’s nice to see our hero-king a lot more in charge of the situation. Even though this is mostly effective, narrative wise, the more interesting plotline involved the Queen Mother and her relationship with the Dora Milaje. I’m excited to see what looks like Ramonda’s character come full circle considering it was her who inadvertently helped spark Ayo and Aneka’s defection from T’Challa’s ranks. 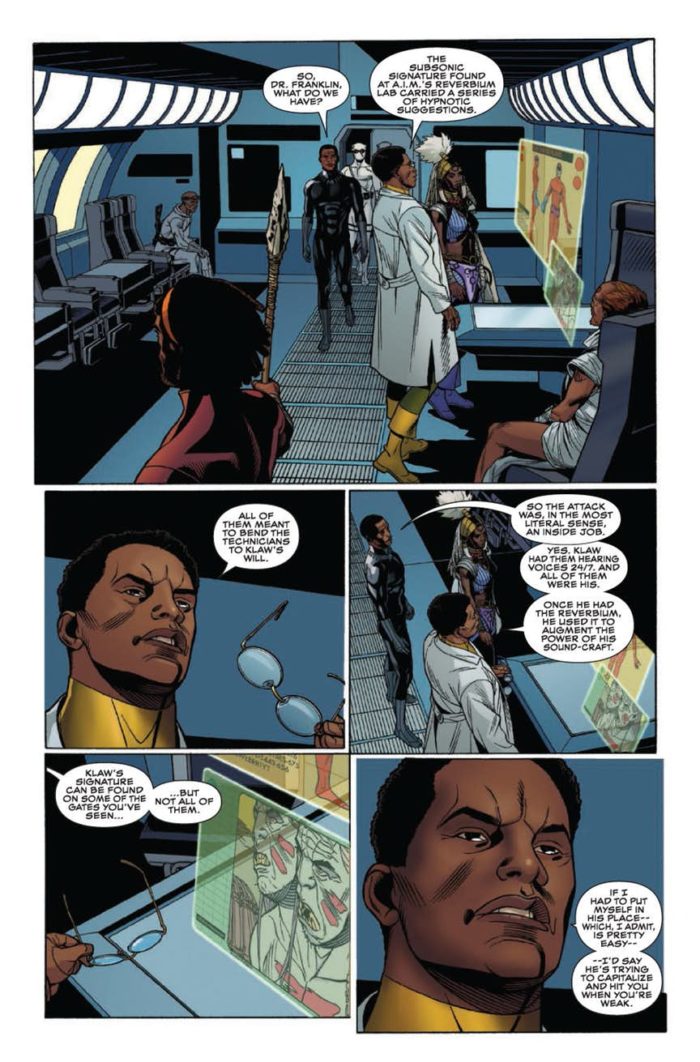 There’s definitely certain statements made in the narrative about a nation showing up for its women and vice versa as well as the emotional labor that often comes with it. Coates has been doing the Lord’s work with this since his run started. Chris Sprouse has been holding it down on the artwork front for a while and he is proving to be every bit as awesome on this book as Brian Stelfreeze himself. The issue’s final panel alone speaks to Sprouse’s sense of scale and gravitas with action beats move at an exciting pace without ever losing their bearings. Also, #168 in particular is some of the best line work I’ve seen all month.

Bottom Line: Here is a book that is always in it for the long haul while still giving the in-betweens of the narrative enough panache to keep you turning the pages. Coates sees the forest and the trees.

9 Former Villains Named After Bond Movies out of 10