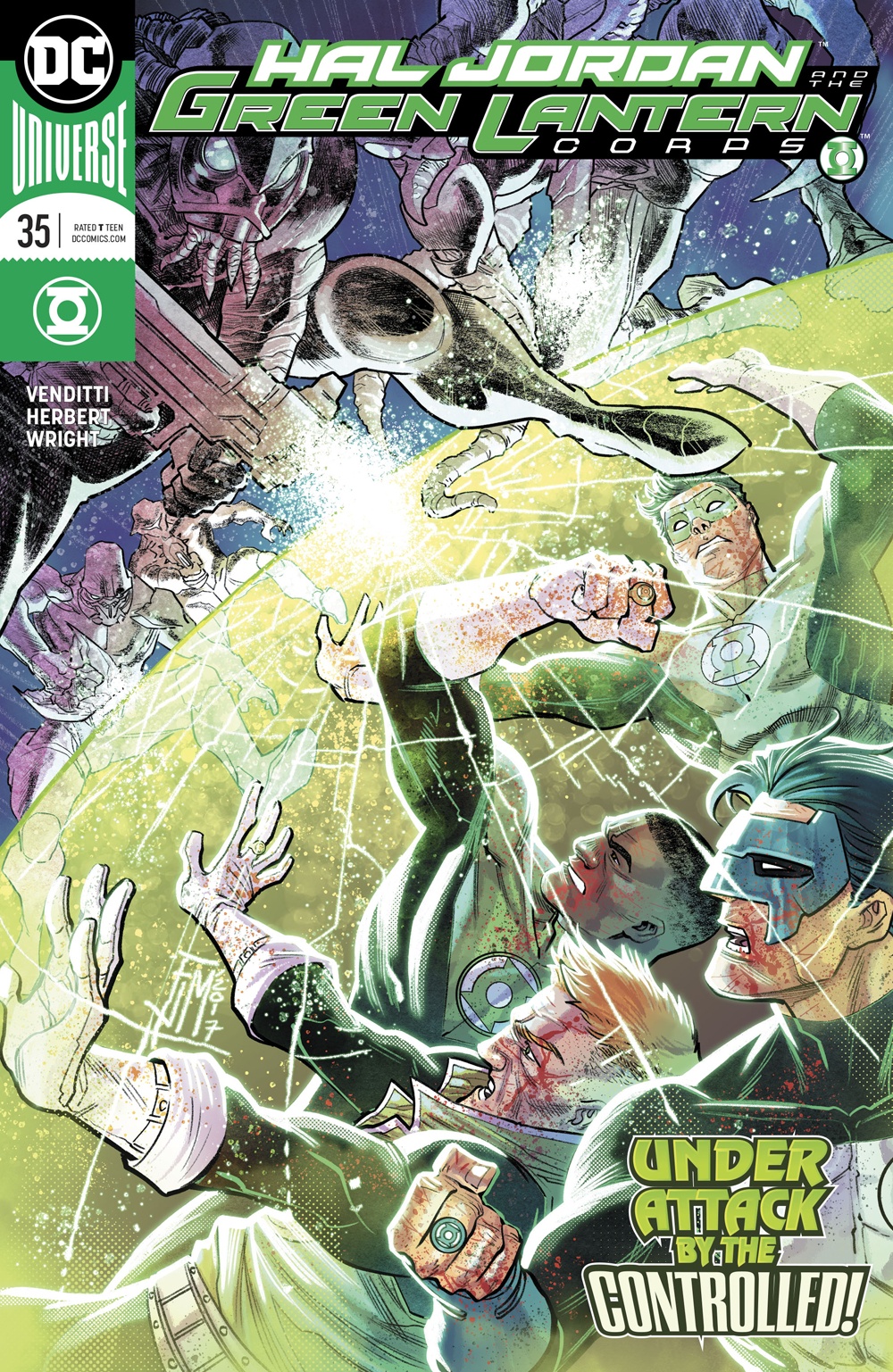 Robert Venditti has been hitting home runs with his addition to the Green Lantern mythos. Hal Jordan and the Green Lantern Corps is more or less the best game in town for its unique yet familiar blend of superheroics and sci-fi swashbuckling. Even when it aims for epic scale (which is always), it’s still a book with plenty of heart at the core of it.

If there’s one thing Venditti does well, it’s the time honored “storm the enemy stronghold” issue…which is exactly what #35 is, for the most part. I mean, yeah, we catch the Controllers monologuing for a little bit but the real attraction here is the fellowship between the “Four Corpsmen.” And I cannot stress enough that this book could simply not be a better redemption song for Guy Gardner. I mean this is a character that was basically “the dude who Batman knocked the fuck out” for years and now I can’t wait to see what crazy stunt he’s going to pull next. 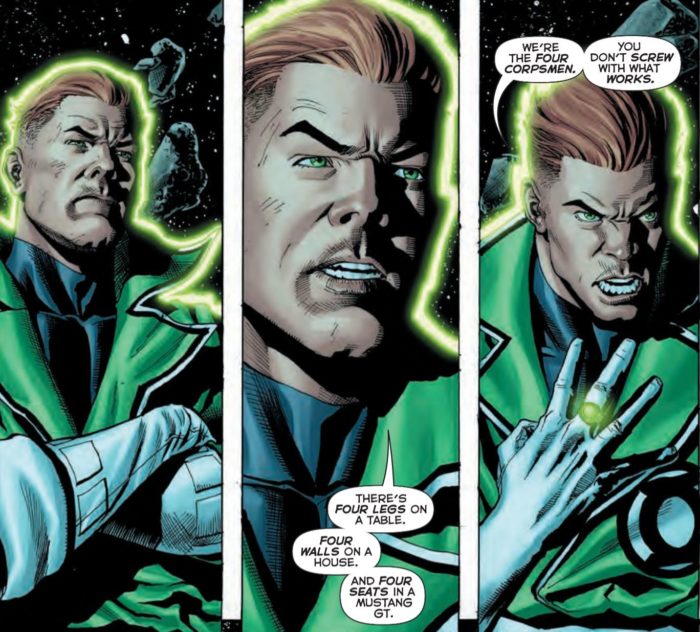 Meanwhile, Jack Herbert is handling his business in the panels with “slap yo momma” levels of awesome artwork. Expressive faces with real personality and exaggerated action beats that take risks and jump right out of the panels. This is another artist that deserves to be in regular rotation on this book alongside Rafa Sandoval. In fact, on the off chance Guy Gardner ever gets another solo title (If you’re too young to remember Guy Gardner: Warrior, consider yourself lucky), this guy needs to be at the top of the list.

Bottom Line: It’s not broken and Venditti doesn’t need to fix it. This is a textbook “take the fight to the villain” issue that dots all the I’s, crosses all the Ts but still never feels typical or slow. 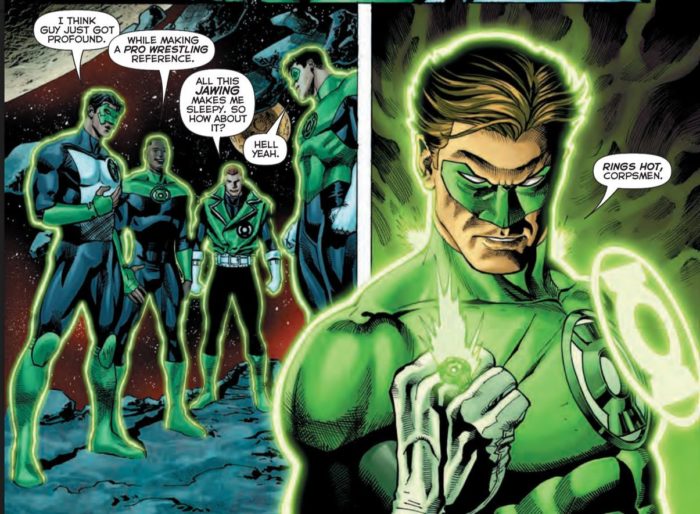 8.5 Bad Ryan Reynolds Decisions out of 10