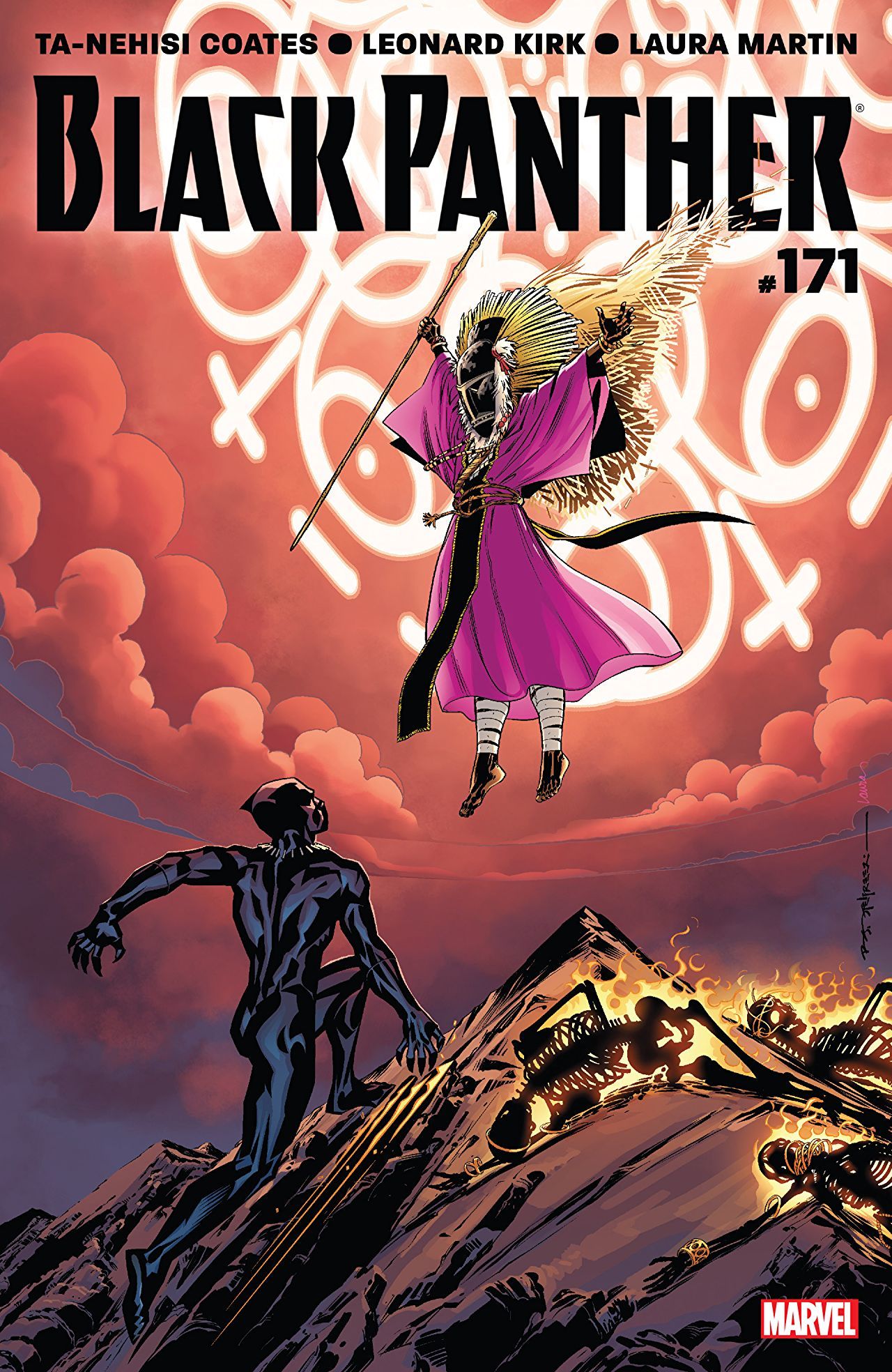 Black Panther #171 is another action-heavy issue that finally sees T’Challa coming face to face with his old nemesis, Klaw. Ta-Nehisi Coates has been setting up various plotlines like dominoes. We’re in the phase where our heroes set the domino chain into motion, bringing the payoff to fruition. The faceoff with Klaw brings us the swashbuckling, bantering, calculating Panther that fans of a more traditional superhero story have longed for. Meanwhile, the moments of exposition are just as satisfying as the battle since we get to see a lowkey payoff for one of the latest additions to Team Wakanda, conveying that for the Black Panther, being a hero and a king means being more than just the strongest. It’s about second chances and seeing potential in people even when they themselves don’t always see it. 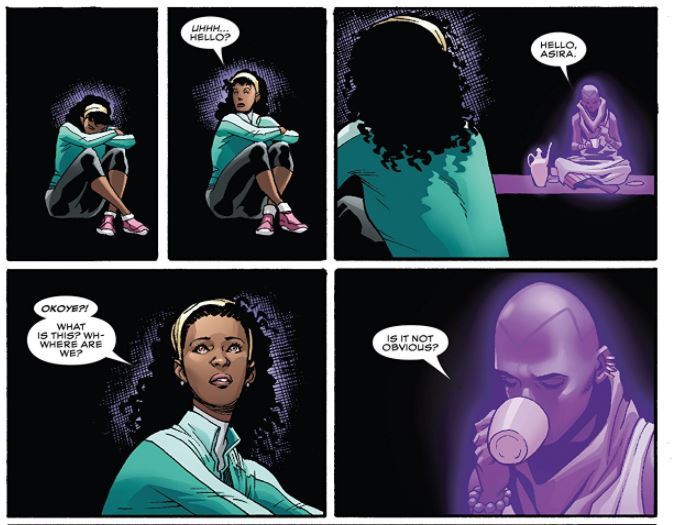 Coates is also adept at putting new things into play while our heroes start to face new obstacles, as well as adept at giving form and detail to new threats, hitting you with them unexpectedly. Leonard Kirk has ascended from the shadow of Brian Stelfreezee’s previous work on the book to a place where he’s making his time on the book his own. The quiet moments, like the telepathic conversations between Okoye and Asira, have an energy and gravitas that hums with as much power as the action beats do. And the action sings with broad, stylized color schemes and expressive faces. The T’Challa/Klaw fight is particularly gorgeous and sort of makes me sad that we probably won’t get to see Andy Serkis on screen in a full costume. 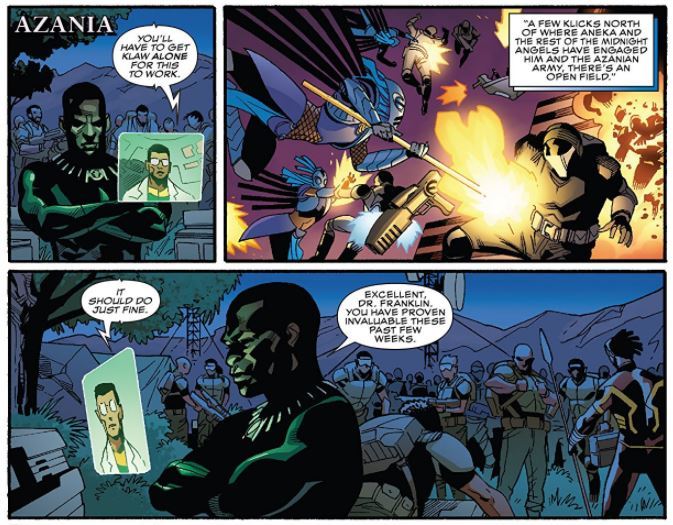 Bottom Line: Coates delivers a masterfully plotted issue that serves up action reminiscent of the film while laying out the groundwork for the next major threat that’s been simmering in the background for a while now. This is smart, fun expert level Afrofuturism happening here.