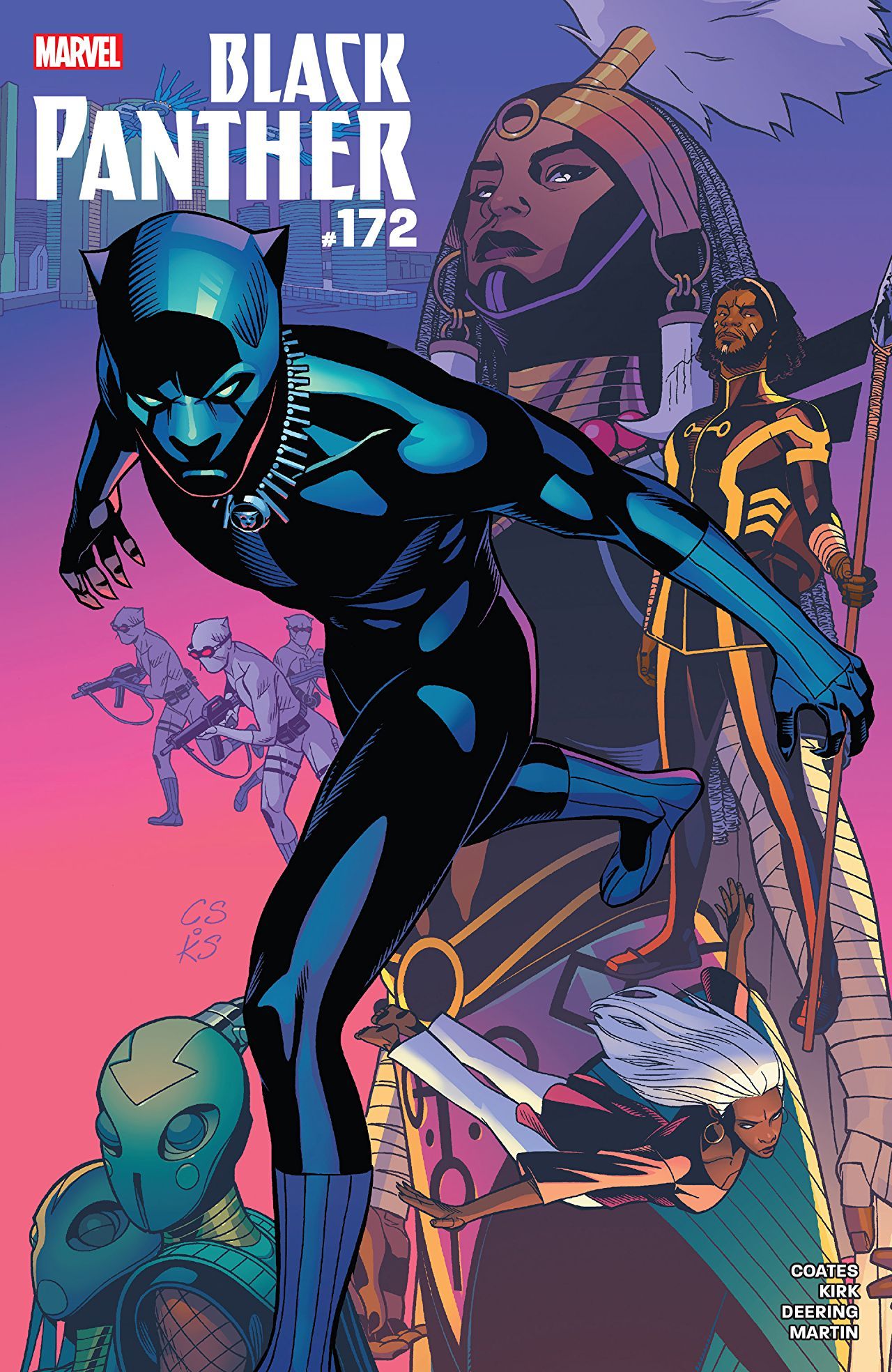 Issue #172 brings the “Avengers of the New World” storyline to a solid, satisfying close when Team Wakanda finally comes face to face with the Big Bad that’s been causing trouble from the shadows. The great thing about this book — and about Coates’ incarnation of T’Challa as a whole — is that Coates never loses sight of the scope he’s established for Wakanda.

At one point the Panther reminds us that Wakanda is a nation and T’Challa, by definition of his title, embodies the spirit of that nation. He’s not alone, either. Everyone in Team Wakanda is integral, like a hot summer anthem where everybody’s verse wrecks. Not only is this a good look for Wakanda-related titles to come, but this brings T’Challa’s character along. With everything he’s been through with his country, he’s left it all up to having faith in his people (and his ex-wife). 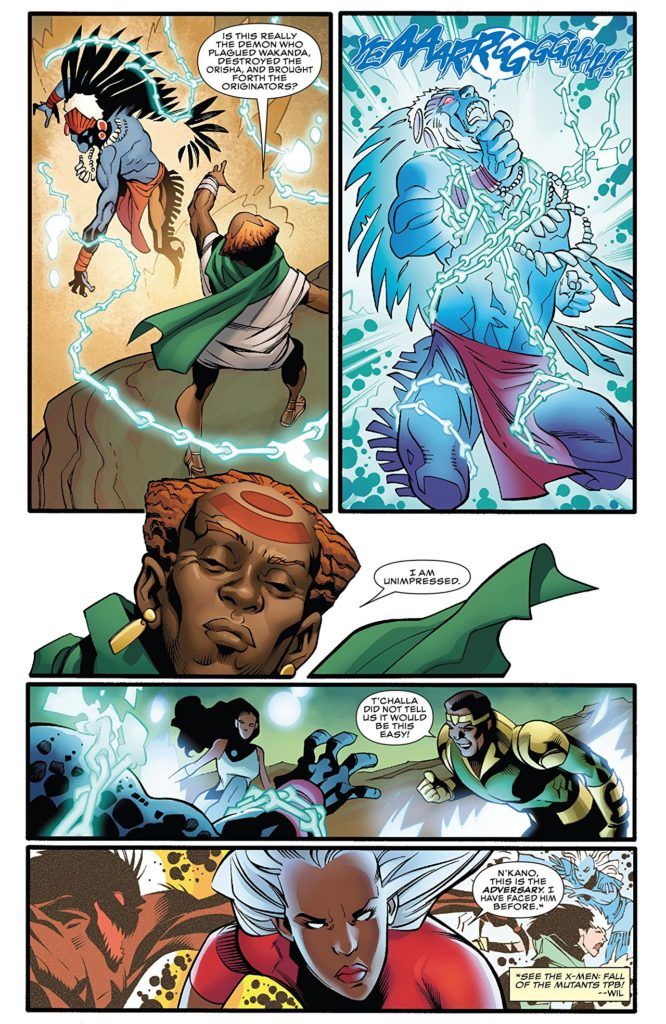 Coates’ Issue #172 is a poster child for one of his greatest triumphs with this title as a whole. He not only helped bring a classic superhero into the marquee spotlight, but he gave Wakanda’s mythology a long overdue system update. This run layers the history of a fictional country with nuance and imperfection, while leaving room for discussion and unpacking for years to come.

Meanwhile, Leonard Kirk has taken what has been a consistently lovely book and raised it to the next level. He’s always been a strong artist when standing in for the likes of Brian Stelfreeze, but he has definitely left his own mark on this series with maybe one of the three best-looking books during the Coates era thus far. This issue has a fantastically scripted splash page, that (without spoilers) is guaranteed to be the profile pic for several long-time fans until we get a poster for Black Panther 2.

Bottom Line: It’s rare when a book actually delivers on the lofty goals it sets for itself in the way this book has. It’s even rarer that a story doesn’t suffer from the sophomore slump. Fortunately, the culture has the second season of Atlanta and Coates’ “Season Two” of Black Panther. This issue finishes off “Avengers of the New World” with the kind of things we look to superhero lore for: cultural relevance, with a bit of hope for what the future can be.

9 Ulysses Klaue mixtapes out of 10

Get all your Black Panther news and comic reviews right here on Black Nerd Problems!