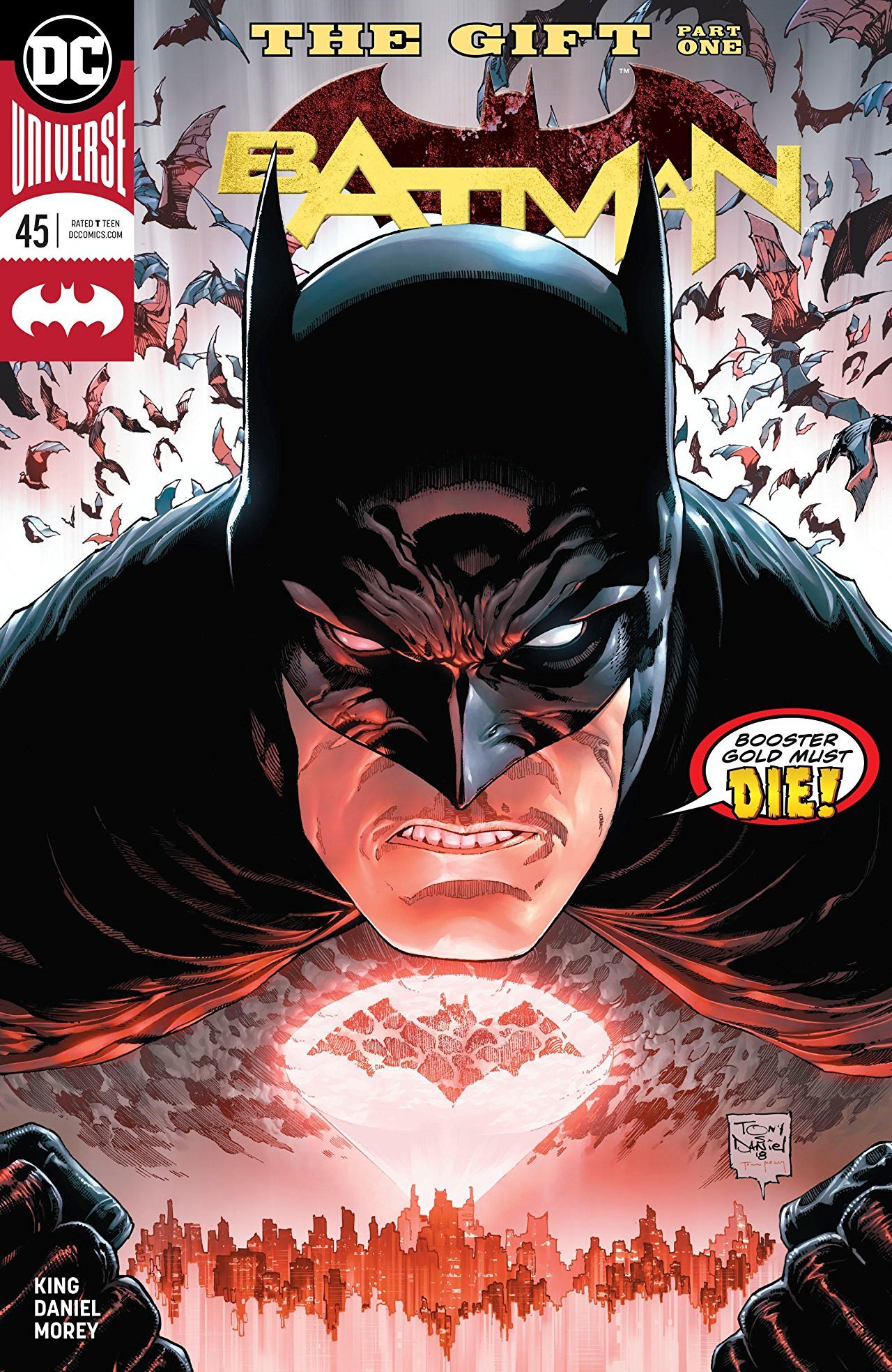 Last week I had the pleasure of sitting in on a Batman panel during C2E2, which featured pretty much anyone working on anything Batman right now. Not only did this give me a much-needed respite from the buzzing of the show floor, but it offered some key information about the future of this series.

After hearing this, reading issue #45 of Batman was surely much different than it would’ve been otherwise. So, allow me to share. Apologies if you already knew any of this. No need for any “I could’ve told you that” in my DMs.

Firstly, I can take a breath. The wedding will happen. And whether or not Selina and Bruce say those magic words, whatever happens in issue #50 is going to stick. Secondly, a lot of the build-up to that is goin’ to just mean having fun with these characters leading up to what’s clearly a major moment in the Batman mythos.

Now, for issue #45. The story starts with a cold open of Hal Jordan blasting himself in the head with his power ring. Talk about a shock to the system (I like puns, fight me if you must). After that we see that Booster Gold is unfazed by the apparent suicide of a member of the Justice League — which is concerning, but somehow comforting. If he’s not freaking out, why should we? 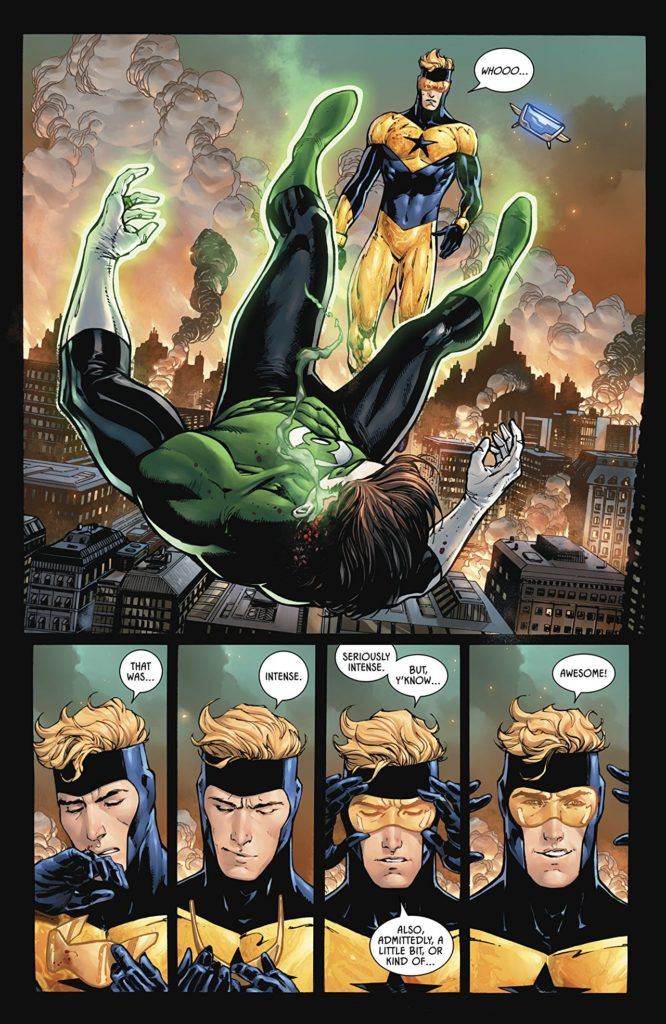 Well, it’s soon made clear that this is an alternate universe. This is a universe where Bruce Wayne’s parents never died. After misinterpreting the entire moral of a classic Superman story, Booster decides to give Bruce, the man who has everything, a unique gift.

Unfortunately Booster Gold has always had the moral and emotional fortitude of a teenager, so this plan backfires.

There will always be a Batman. Since Bruce Wayne’s parents never died, the responsibility fell to another famous DC orphan: Dick Grayson. As Tom King said during the C2E2 panel, Dick doesn’t have an issue with guns because his parents didn’t die because of one. So, again, we’ve got another story about a Batman who has no problem riding around with a shotty strapped to his back.

Known as “The Gift,” this story looks like it’ll be a lot of fun. We’ll get to see some twisted alternates to the story that make us appreciate canon even more than we already do. And when it’s done, we’ll get to see a who’s-who of DC fame attend the wedding of the century.