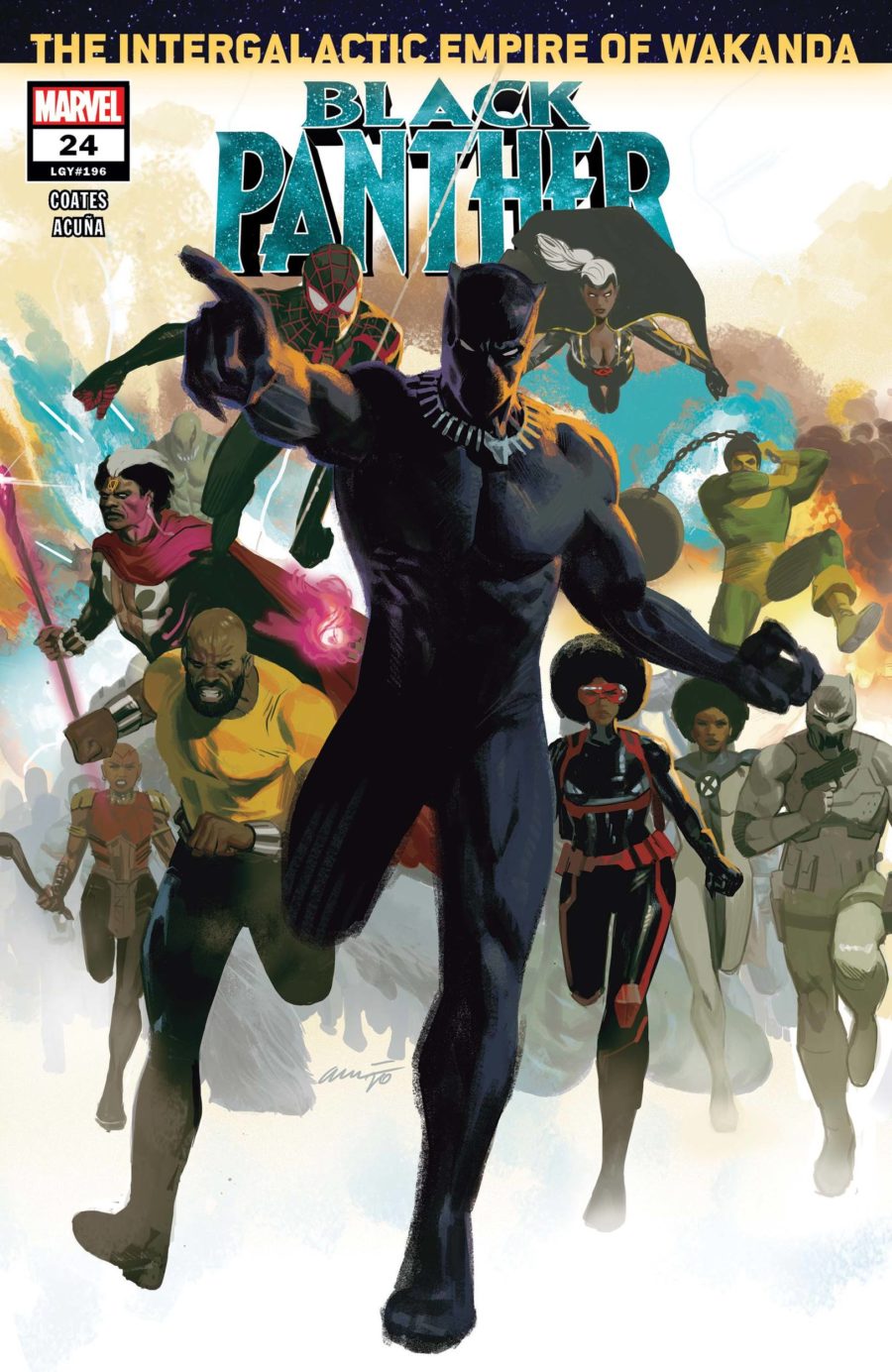 It’s very clear that Ta-Nehisi Coates is swinging for the fences in the last leg of this epic, galaxy-spanning run of Black Panther. And he is blatantly knocking it out of the stadium and down the street. Issue #24 is pretty light on exposition and gets right down to brass tacks, showing us the war to defend OG Wakanda, and ultimately Earth, against their intergalactic cousins. This is one of those issues that, while great on its own, will probably end up reading better with the rest of the volume in trade.

The action is well-paced, satisfying and intense when told from the perspective of a member of Team OG Wakanda. And the assembly of Black characters who show up to help hold the line is very impressive. Granted, not all of them are Wakandan. Actually, very few of them are Wakandan, but bringing all these heroes together is about more than that. By doing this, Coates is making a statement that for Black heroes in the Marvel Universe, Wakanda isn’t just a country. It’s an idea that deserves to be protected from those like N’jadaka who would gentrify it with a distorted concept of community that looks more like a faceless conglomerate.

Daniel Acuna’s artwork brings the whole thing together. I can’t think of anyone else who could take such a massive assembly of characters with so much to do and make such a coherent battle that flows well without too much confusion. Every panel is clearly rendered with an abundance of care, attention and detail that puts you right in the midst of the chaos. Storm soloing a huge attack carrier is just one of many unforgettable moments that happens throughout this battle.

Bottom Line: Although this issue is light on exposition and plot, just about every page is action-packed, refusing to let its foot off of the gas. Coates is clearly leaving it all on the field in his final chapter in this saga. The book is clearly worth its weight in vibranium.

8 Ulysses Klaue mixtapes out of 10