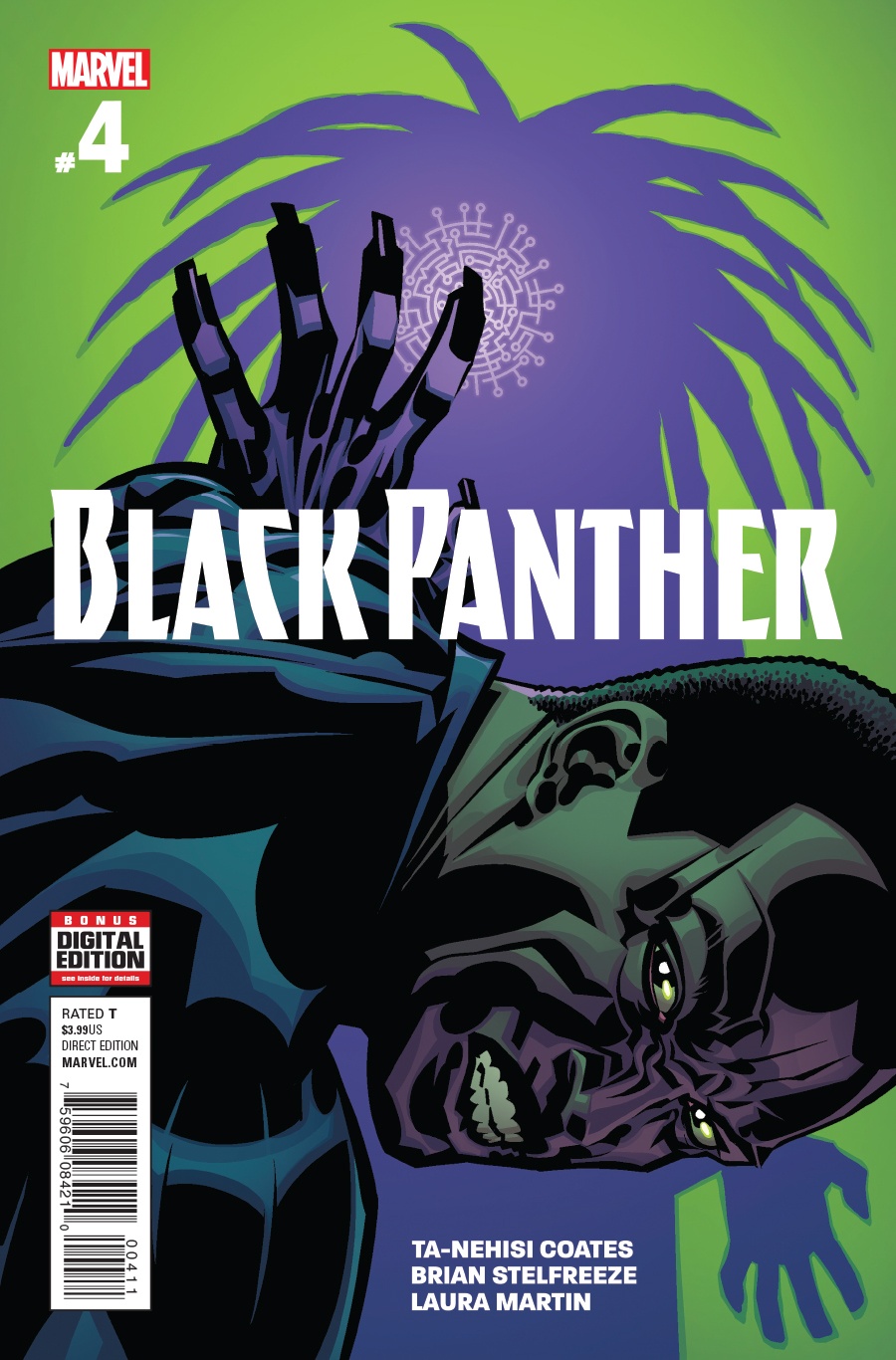 Listen fam, there’s definitely some side-eye worthy things going on at Marvel as far as characters of color go, and calling Civil War II landfill is, more or less, an insult to the entire profession of waste management. But one thing that can’t be denied at this point is that Ta-Nehisi Coates’ Black Panther run is absolute fire. The author of Between The World and Me has taken an approach that truly brings Wakanda to life as a living, breathing entity within the Marvel Universe, masterfully laying out a mythology that, much like the fictional nation itself, can stand on its own without the help of its white, first tier counterparts.

Issue #4 wraps up the first story arc as drastic action leads Wakanda closer to an outright political uprising and T’Challa is left to make some hard choices about the future of his beloved country. Coates has clearly, carefully considered the Panther’s supporting cast and opted for them to burn as brightly in their own character development as the titular character himself. The focus on Tetu, Ramonda, and Changamire brings this fact into satisfying focus. Coates’ internal narrative is every bit as poetic as you would expect from a scholar of his caliber. This has gone from being a superhero book to the Marvel comic version of a political thriller brimming with suspense and intrigue on par with your favorite Tom Clancy novel. If the Black Panther were stuck in an episode of 24, this is the book we would get.

Visually, Brian Stelfreeze is still at the top of his game in this book. His costume designs are vivid and full of personality, striking and reflective of the characters. T’Challa is ever vigilant wearing his Panther suit underneath his civilian garb sort of like Tony Stark except with no need to conceal it, choosing function over fashion. Changamire’s attire reflects the soul of a poet living a more minimalist Spartan existence. It these subtle nuances that add flavor and life to the mythos and make memorable characters in the issues to come.

Bottom Line: Ta-Nahesi Coates has ten issues and he’s putting them to good use, pouring top notch prose and his extensive knowledge and appreciation of African culture into this book, creating a much richer portrait not just of the Panther, but of Wakanda as a whole.

9.5 Intense Chadwick Boseman Stares Into the Distance out of 10