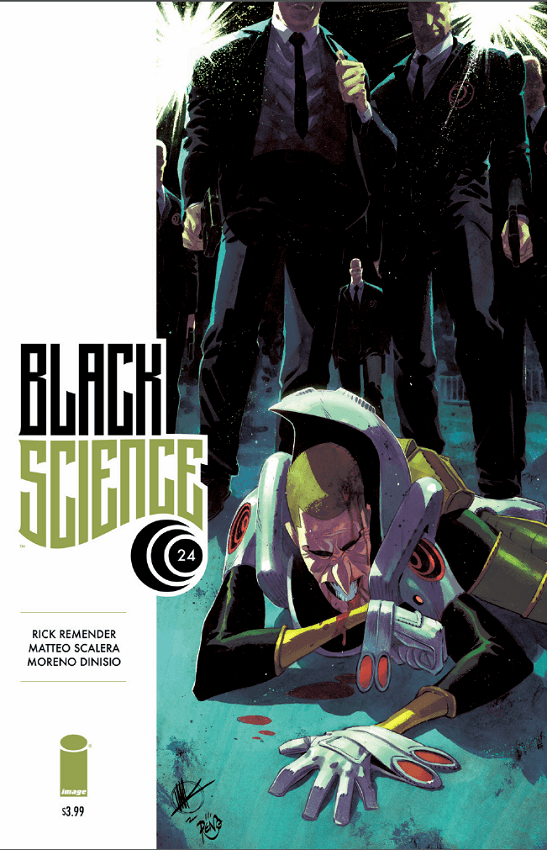 Black Science has been a high stakes adrenaline ride that has fallen back on two things (mostly): Grants agency and drive, oft supported by his superior intellect and the traversing of foreign and usually dangerous worlds other than the crew’s own. This issue is the proposal of what happens when you take those two things away. When we last saw Grant, he had opened Pandora’s Box by stealing something of importance from a powerful witch (for lack of a better title) who negotiates the release of Pia for Grant’s intelligence. Since the Grant escaped Godworld, this is the type of sacrifice that Grant has been hinting at, but I doubt that this was one of the things he considered. The rest of the book shows the aftershocks of that decision and how they will influence the rest of his journey. In the early pages, Grant ponders “How will I survive without the one thing that made me me?” and it seems we are about to find out. Grant McKay, the everyman, punching through dimensions to save his kids and keep the universes from collapsing on themselves is a very different premise for this book. 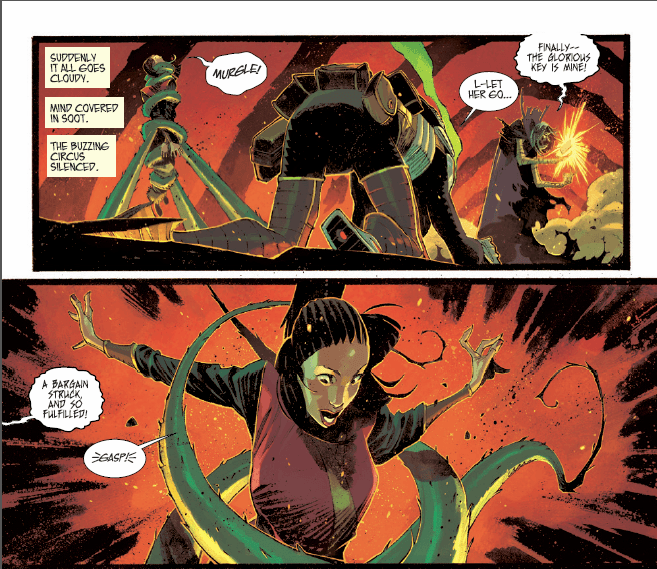 The rest of the book is complete spoiler territory, but it involves a trip home, finally, in its 24th issue. And if you thought it was going to be a happy homecoming, then I have no idea what book you’ve been reading. It is surprising and yet makes sense in the way that the creators of this book have navigated so expertly to this point. They have made this book about dealing with the consequences of everything that has come before it, but they constantly find ways to surprise us in how those unfold. 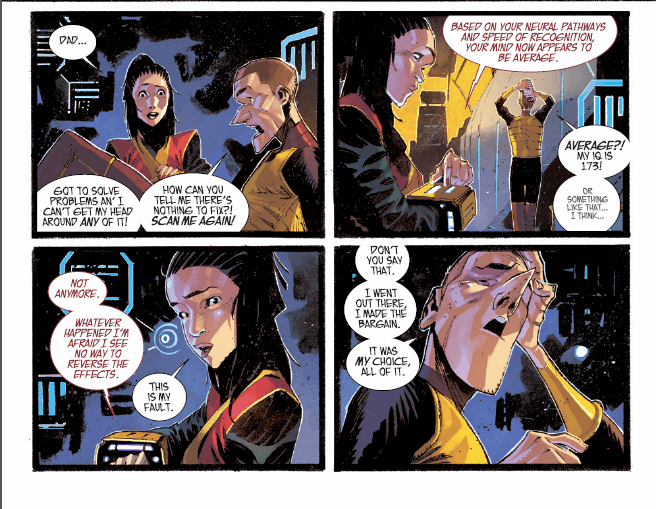 Scalera is on point as usual, doing a lot of grounded and interior work with the same energy we see when he’s doing big bombastic action sequences. The conversations still feel kinetic and consequential, making it very easy to stay engaged.

Black Science #24 takes a serious turn left from everything we’ve known previously and puts the crew in possibly a more precarious position then they’ve experienced thus far. Which is saying a lot. Few books have hook eagerly waiting for the next issue like Black Science does and I personally anticipate how the next chapter unfolds.