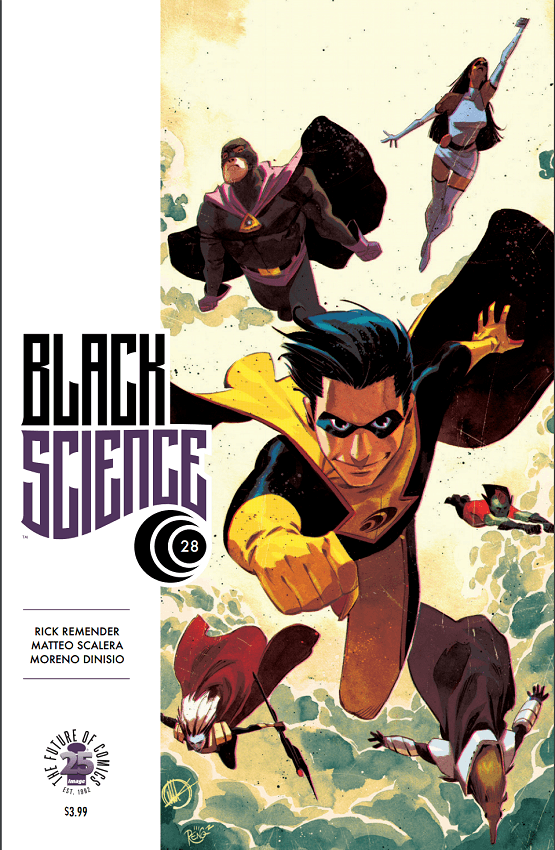 Since the beginning, Black Science has played like a badass Buck Rogers type of sci-fi opera with quite a bit of brutality and real consequence throughout. The creators leaned into that with the intentional hyperbole and cheesy voiceover that you would expect some a late 70s/early-80s trip through space and galactic travel. The narrative shift is very self aware and pays homage to those shows of old, which makes it all the more shocking and provocative once the action starts and you realize there is no fake stakes here.

What is also cool (and goes hand in hand with the over the top narrative in the first half of the book), is the legend building that takes place. It has been immensely cool to go from thinking that Nathan was a lost little boy that needed to be found within the onion to finding him basically being part of a inter-dimensional Justice League that has saved thousands of people with his heroics since he’s been lost to us. 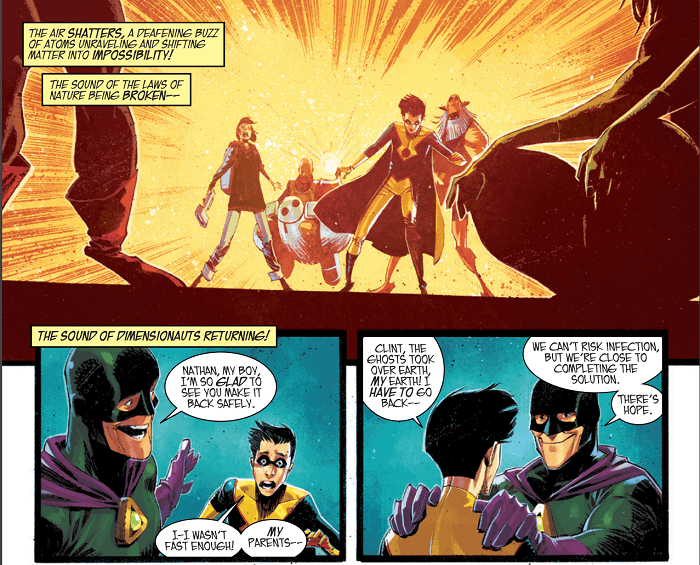 The overall outcome of this book turns on a dime and takes the story in some familiar yet unexpected places. Also, enough can’t be said about Scalera’s art here as he helps elevate the action to this book to monstrous levels, particularly at the end. Everything looks and feels as visceral as the story suggests and that’s largely because of his handy work.

Black Science gets weirder and, dare I say, more potent with each issue. Giving us more of the world and often wrecking it in the same issue. Not often that a book can keep you on your toes throughout and still end in a way that leaves you grasping at what possibly comes next.