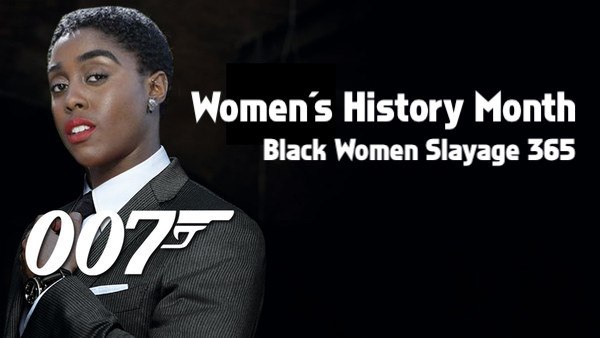 Black History never ends so we can continue celebrating Blackness – and then blackness and women! – yes please. So, I’d like to take this time to celebrate some of the Black women achievements over the last 365 days and more. These women are mentioned in no particular order, because then it would seem as though they are being ranked, and they are not. This is a celebration, not a time to do that thing that the world wants us to do which is …”sister hate.” Forget that noise – let’s bring in the funk! Here’s to my beautiful brown women identifying stars.

Janet Mock has been making the waves, the moves, and the head turns. Mock is a Writer, television host, transgender activist, and New York Times Bestselling author. Her memoir, Redefining Realness, follows Mock’s journey as a transgender girl and young woman in Hawaii, quickly getting praise from writers like Melissa Harris-Perry and Bell Hooks. Mock has been a beacon and role model for queer and trans people of color getting all the accolades! She’s worked with the phenomenal show Pose, been on the cover of Paper Magazine, Vanity Fair, and featured in Entertainment Weekly.

Because of their writing and entertainment work Mock has been on the Daily Show with Trevor Noah, Wendy Williams, and Super Soul Sunday. Mock’s podcast Never Before with Janet Mock talks about life, work, love, and gets to the nitty gritty with high profile guests like Tina Knowles-Lawson. I could just keep rattling off the appearances, the books, and ways she has been obviously trailblazing all day. But specifically, not only has Mock signed a three-year deal with Netflix giving her exclusive rights to her TV series and a first-look option on feature film projects; but this made her the first Black, openly trans woman to secure a deal with a major content company. Making women’s history, we look forward to seeing more trails a blazing soon!

History was made at the beginning of the new century when BBC made a move we had all made in our minds, but were waiting for the rest of the world to catch up. It was revealed during the episode “Fugitive of the Judoon” that a black woman is named the Doctor! There has never in the history of Doctor Who been a black woman doctor. Back in the days when we used to think of which black people could play any iconic white person’s role better – oh wait that is me all the time, that is literally what I do with my time. A lot of fans started throwing around names like Idris Elba to play the Doctor. But even in the fan made rumor the reactions were “God forbid a black man is the Doctor – that’s preposterous!”

In the United Kingdom, race relations are a bit different. Where we have some serious and well…quite obvious violence and hate in the U.S., in the UK it’s just poppycock for POC characters to exist. This is not to downplay race relations in the U.K.; it is all very serious, but really to point out the way in which fans react to diversity in the Queens land. It’s that the Doctor was not written black so that is inconceivable. So when Jodie Whitaker (the current Doctor) was cast, you can imagine as a woman identifying person feeling like – a white lady Doctor?! Not over the moon but were like okaaaay. This recent reveal is an unexpected, pinch worthy like wake up from a dream – oh wait no its real kind of moment. The Actor Jo Martin dawning a expertly fitted three piece banging suit shows up stating “Let me take you from the top, hello I’m the doctor.”

YES GIRRL!! Now this has resulted in a swell of questions, like how Sway and Doctor Who? This is because – SPOILERS – we are now seeing two doctors existing at once, which is a complete turn from the heart of the Doctor Who time lord story. Basically – there can be only one. In reality when time is the basis of a show to be honest, timelines can explode from anywhere really, which the show has done before. The unheard of action has allowed the internets to diminish this, saying this is ridiculous nonsense. I legit cannot hear any of that madness over the elated screams happening in my heart. They could tell me there is a whole assnother Gallifrey of just black time lords somewhere in some other timeline and none of it make a lick of sense, and I am throwing a party. I just want to watch this Doctor kick some ass, be smart, witty, and slay – just slaaaay!!! Phew that was long winded but justified, we’ll see where it goes, but nothing could take me down from this news.

A big achievement in entertainment this past year was the announcement of an all-new 00 agent. This has never been seen before; a 00 agent that is NOT James Bond himself but a black woman! And she is going to give Bond a run for his martini. She not only surprises Bond in the trailer by revealing she is a 00 agent, but she’s done her research and has him pegged. The character’s name is Nomi, played by actor Lashana Lynch known for her role as Maria Rambeau in the 2020 MCU Captain Marvel flick. The actor is London born and of Jamaican descent. It is pretty unbelievable in the Bond history, another 00 – let alone a black woman! That shouldn’t sound so unbelievable, but as I mentioned race relations in the UK mean this news is outlandish!

There were talks back in the day that Idris Elba was rumored to be taking over for Daniel Craig as the suave British agent. Apparently, Idris could play the first black anything and fans would be 100% on board. In this case British Bond fans were miffed, but – James Bond is not black! Fans retorted. They objected for no other reason than the “authenticity” of the character – no imagination these fans. You can imagine the surprise to hear a black woman is playing the role. Although it does feel like a safe bet, Lynch’s character is not technically taking over for Bond, but exists at the same time. We know that Craig can’t play the iconic spy forever, so fingers crossed Lynch’s 00 agent character will take up the mantle with this film and begin a slow introduction to a new Bond era.

Needless to say, I’m surprised (which I should not be), but I am definitely all in for this historical achievement. The upcoming Bond film No Time to Die originally set to hit theaters this spring has been postponed until the end of November this year. Get them tickets and pay black women in strong leading roles.

If you are a black woman you know about Marsai Martin. If you don’t – good thing you are reading this. Martin plays the lovable yet evil twin Diane on ABC’s hit sitcom Black-ish. At first, I was not down with the show – the character Dre (played by Anthony Anderson) was very off putting. Although, after a few episodes I was hooked – and still watch to this day. That said, Diane is the – gives no Fs kid (but really does because she is still a kid.) Following her on the show doesn’t add up even the slightest to her steep rise to moguldom in real life. Martin’s introduction into film and tv was nothing short of a grand prix. I would say it’s not a race… but the trophy goes to her.

Martin was born in Texas and began acting at a very young age. Her parents, as the smart adults they are, bought into her talents and quickly put her into acting classes and got her auditioning. Martin landed her first commercial at 5 years old. I know what you are thinking, doesn’t that sound like classic stage parent, but the way this girl moves I’m sure it was all her drive and ambition that put her where she is. Her family moved to LA shortly after, and within just over 100 days this young woman landed yet another national commercial before gracing the set of Black-ish. Since then, she landed a role in An American Girl Story: Melody 1963 – Love Has to Win, a civil rights film set in Detroit alongside legends like Frankie Faison (Henry “Pop” Hunter, Luke Cage).

Martin knew right away she was not meant for just the front of the camera and started taking charge. At 13, she pushed her career to the limit starring in and producing the movie Little, making her the youngest Executive Producer in history. Yes Marsai!! At this point, we just gotta make sure everyone knows her name, cuz she’s got the rest in the bag.

This one is near and dear to my heart! My good friend Rihanna has made it to the tippity top. Let me stop, she does not know me from a hole in the wall, but RiRi – I for sure strive to be at least at 10% of her level. This woman is a mogul, a savage savant, a breaker of rules because she knows there are no rules. Over the last 10 years, the superstar has broken international records for number one hits on the charts in the UK, Australia, the U.S., and probably much more. I have no need to explain why she is on this list, but – what got her on this list for the last 365 days is another chart topper. At this point and time in 2020, Rihanna is the world’s richest female musician, valued at $600 million. This bad girl just got badder – I’m sorry I had to say it like a cheesy buddy cop movie cause I can’t compete with the cool that is Bad Girl RiRi.

Over the past decade, Rihanna has just been landing every plane. We got Fenty killing it, like literally I bought the foundation and was like – is this magic on my face? Seamless color blending magic?? Then Savage Fenty where her ads give me life with all sizes of modeling and sexy AF. She’s the highest paid woman celebrity to sit front row at fashion shows. She’s paid an estimated $100,000 for that front row throne – an estimated $20,000 more than the highest paid runner up Beyonce…!!! Like – has she even put out an album?? Anti was like 8 years ago and I’m still bumping it while putting on my Fenty getting ready to go out. I only hope to diversify my talents as RiRi has. Thank you for giving us so much to aspire to and so many ways to be, look, and feel sexy. Get that Shhmoney for the black women RIRI!!