When I was younger, I learned two things about Madam CJ Walker. One, she was the first female millionaire and two, that she had invented the hot comb. The second isn’t true, which is good. If it were, I’d have some serious traumatic feelings that would connect Madam to the top of my left ear on an Easter Sunday. Luckily this series isn’t built on my memories. Self Made is based on the biography On Her Own Ground: The Life and Times of Madam CJ Walker. The book was written by her great-great-granddaughter A’Lelia Bundles and was named one of New York Times’ notable books of the year.

Netflix’s four-part limited series Self Made is an adaptation of the biography of said millionaire Madam CJ Walker. The series stars Academy Award winner Octavia Spencer as Sarah Breedlove, aka Madam CJ Walker; Blair Underwood as her husband C.J. Walker, Tiffany Haddish as her daughter Leila, Carmen Ejogo as Walker’s business rival Addie Monroe, Garrett Morris as Walker’s father-in-law, Kevin Carroll as her longtime lawyer Ransom, and Bill Bellamy as Ransom’s cousin Sweetness. The series weaves the story of Madam CJ Walker’s entrepreneurship in black hair care with drama, social change, stunning period pieces, and casual nod to queer Black women in the 20th century. With a rather contemporary soundtrack and some playful inner monologue, Self Made can leave you with a “hip-hopera” taste in your mouth after the first episode. 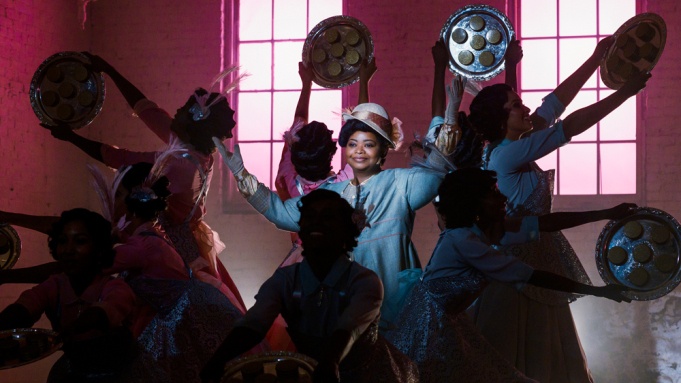 Sarah Breedlove was down on her luck when she met Addie Monroe [insert Carmen Ejogo]. After Addie helped Sarah gain confidence through hair care, Sarah began to dream again. Soon she came up with her own recipe for hair growth and the two friends become rivals as Sarah’s product gains attention and achievement. Self Made makes sure to point out how colorism and gender bias impacted Sarah’s career, along with her mental and emotional livelihood. These issues were also catalysts in her drive to build a legacy of her own. There are certain times in this series where the challenges heighten to soap-opera drama status with one-liners and score changes that’ll make you suck ya teeth. 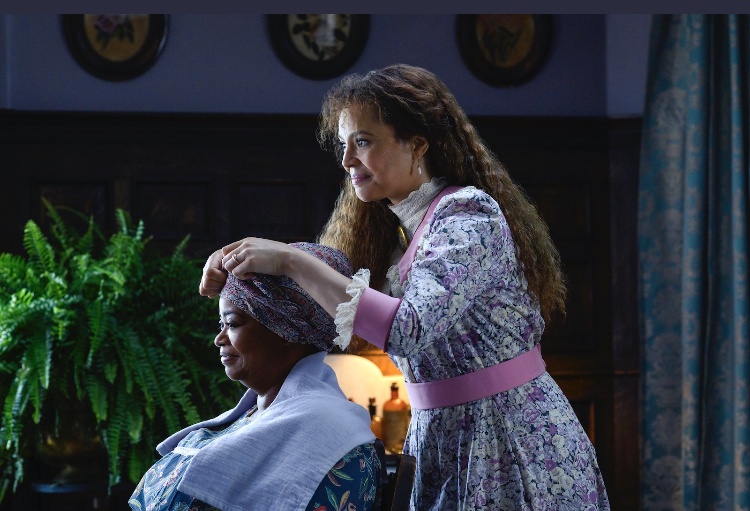 Queer in the Time of the New Negro

Prior to this series, I hadn’t heard very much about Madam CJ’s daughter Lelia. One thing that I love about this limited series is that in four episodes, Self Made highlighted Lelia (Tiffany Haddish), her fluid sexuality and constant strive to be her own person. A few online searches showed me that Lelia had a direct impact on inclusive spaces for Black queers in New York.

By all intents and purposes, Lelia would be known today as a social influencer. She threw some mean parties and was creative in how she marketed her mother’s products. Lelia married three times, but seemingly had a number of other loves. Loves that looked a lot like her. If you’re thinking that this will look a lot like Shug Avery and Celie given the time period, you are in for a pleasant surprise. Lelia’s loving interactions are handled with care and a softness well deserved.

Self Made shows Sarah Breedlove from the kitchen to the front page cooking up a recipe of entrepreneurship for many Black women to come. I remember the early days of online natural hair care and compare that to the thousands of resources now. Afrobella, Naturally Curly, Naptural85 and so many more have not only continued in the legacy of Madam CJ Walker, but continue to pave the way for the next 100 years of Black beauty.

Self Made: Inspired by the Life of Madam C.J. Walker is uplifting, fun, and relevant. So many of Sarah’s trials have been our own, yet Black women keep survivin’ and thrivin’. My recommendation is to make this binge coincide with wash day. Lather up. Rinse. Condition. Grab your favorite leave-in, setting lotion and gel, sit in front of the screen and take all the time you need to moisturize and twist. By the time you’re out from under the dryer, you’ll have finished the series looking like a true “Walker Girl.”

Self Made: Inspired by the Life of Madam C.J. Walker premiers March 20, 2020 on Netflix. 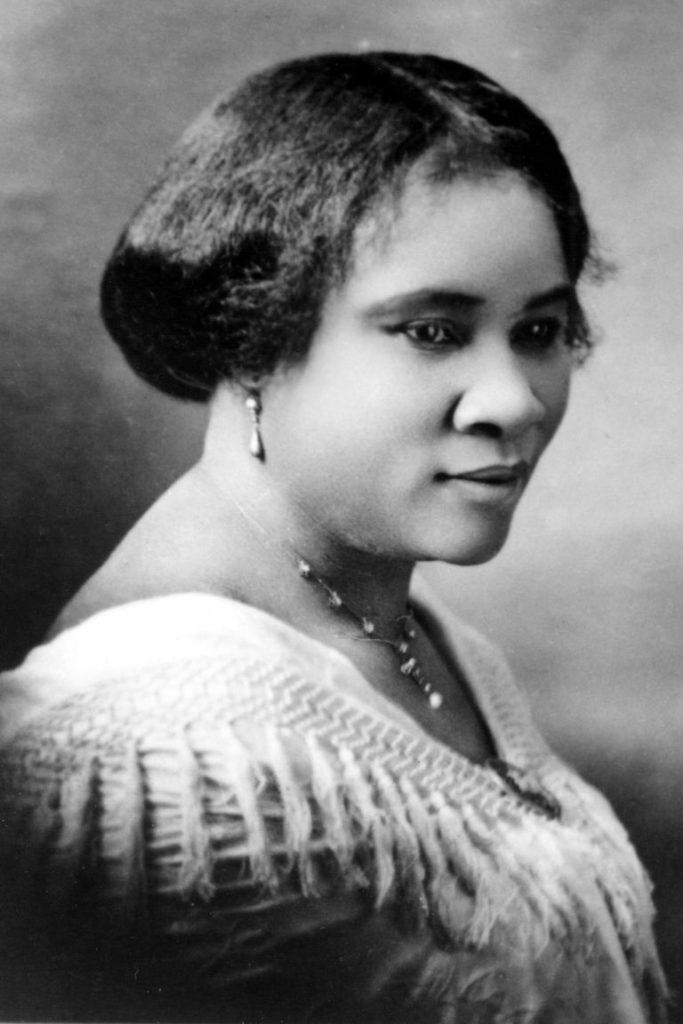 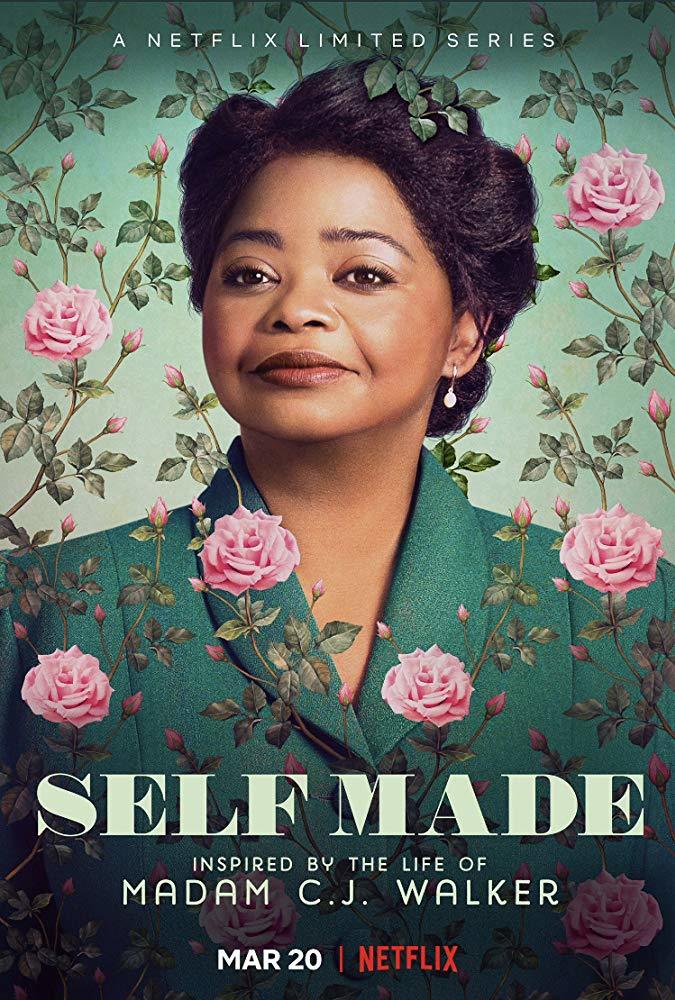