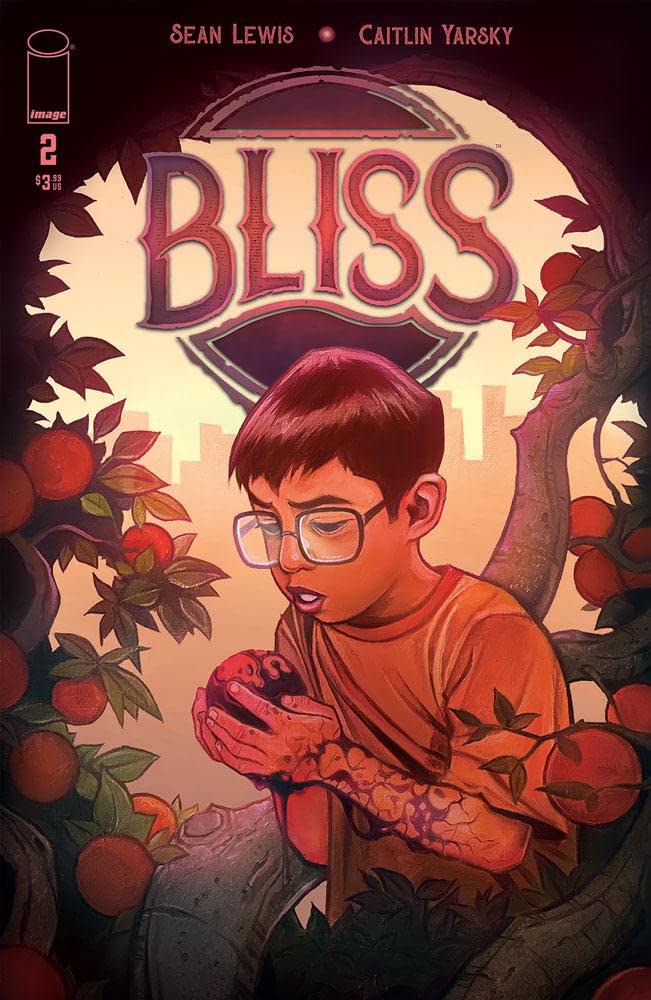 Bliss is a story that feels a little too prescient during these times. In a world that seems to be experiencing several types of calamities concurrently, reading Bliss almost feels simple in comparison. Although, that isn’t to say that it isn’t effective. Bliss very much cuts like a knife, especially at the beginning.

After the bombastic introduction in the last issue, Bliss #2 continues with the narrative frame and we continue with the backstory of our protagonist Benton as he works as the muscle for some back-alley gods. And on one hand, the sympathy that was generated previously carries over. It’s hard not to understand the lengths a father is willing to go through to protect his family. But conversely, Lewis also makes it very clear that Benton did commit unforgivable acts, and Yarsky spared no expense in showing how much blood was shed. It’s an intentional juxtaposition and a difficult line to balance. It’s one thing to understand the motivation, it’s another thing to actually see the consequences of the decisions and that shifts the perspective of the reader and doesn’t shift the perspective of the in-universe mob that already had this information. That’s just good storytelling.

However, the fantastical elements that made Bliss #1 so enthralling are toned down a little in the sophomore outing. The surrealistic nightmares that endeared me were replaced with more conventional nightmares about the capacity of humanity to inflict pain on one another, which is entirely fair. It’s just slightly less exciting seeing a man killing someone than seeing the physical manifestation of memory leave the body, but again that is kind of the point of the series. Lewis correctly modified the tone to match the needs for this chapter and has set up an important pivot where the next issue will likely err towards the more supernatural. And it does make the few instances of fantasy that Yarsky gets to flex even more memorable.

Bliss #2 is very much in line with the tone and the narrative arc. It’s just a paced a little bit differently, but it’s done with a purpose and is effective, and that’s what truly matters in the end.