Black Male that isn’t afraid to say that Trump’s America doesn’t benefit him or people like him.

Like many around the United States, I was in awe and sickened by the fact that Donald Trump won the Presidential election. CNN became nothing short of a horror movie as I stared at the poll results displaying Donald Trump in the lead. I thought about what Trump’s presidency would mean in the years to come, politically and socially. I had to wonder what are the new rules in Trump’s America after the Obama Administration? Where do I stand as a black man and where was I before? How long would Canada’s immigration website be shut down? I immersed myself into the cartoon Samurai Jack to escape the madness of reality and I ended up coming to the conclusion that the main antagonist of the show, Aku, is very real. President Elect Trump, in his misogynistic, Islamophobic, and racists personage, is now a face, a shining example for the world regarding the issues still found deep within the roots of American politics, history, and society.

Aku, the Master of Masters, the Deliverer of Darkness, the Shogun of Sorrow is this unkillable evil that plagues the weak and innocent. He is the epitome of hate and doom and has ruined the lives of Jack and many others. You’re probably thinking Trump, in this situation, is Aku but he isn’t. Aku represents the mindset that Donald Trump, and people like Trump, have. A mind that holds onto prejudice and greed, they have an unwillingness to change or move forward and there is no room for discussion. Aku can be seen behind “All Lives Matter” signs, classism, anti-feminism, the school to prison pipeline, and police brutality. He is as old as Jim Crow, slavery, and Manifest Destiny and changes form when the need presents itself. Trump isn’t that evil incarnate, be he is one of the many in Aku’s army, the like minded individuals that share these backwards and harmful viewpoints that continue to shape our country. 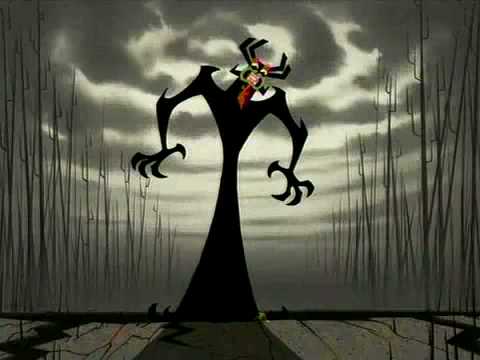 Now, once again, one of Aku’s hordes has been elected the Head of State after the Obama Administration. In the course of his campaign, Trump has been on the record saying foul things about different groups. Trump has made himself a demagogue amongst the American people and won them over in the eyes of the world. It’s like thanks to Trump and this election we’re all in the grasp of the Wicked Aku.

Unfortunately, Jack isn’t going to appear with his magic sword to rid the world Aku. Though there are many warriors that battle this evil, they have no means to permanently slay the demon.

Unfortunately, Jack isn’t going to appear with his magic sword to rid the world Aku. Though there are many warriors that battle this evil, they have no means to permanently slay the demon. All of their efforts have weakened him somewhat, but he takes many shapes and forms. Many people have tried and have joined the ranks to end the reign of Aku but his forces are strong and more are produced day by day. Some people are even fooled into thinking that they fight against Aku when they are actually pawns in his schemes. And now, just like how the cartoon it ended before Jack could complete his mission, we are left with no conclusions and so many questions about what is ahead now that Trump is in office. Nonetheless we must move forward, steadfast, with hope for a better tomorrow.