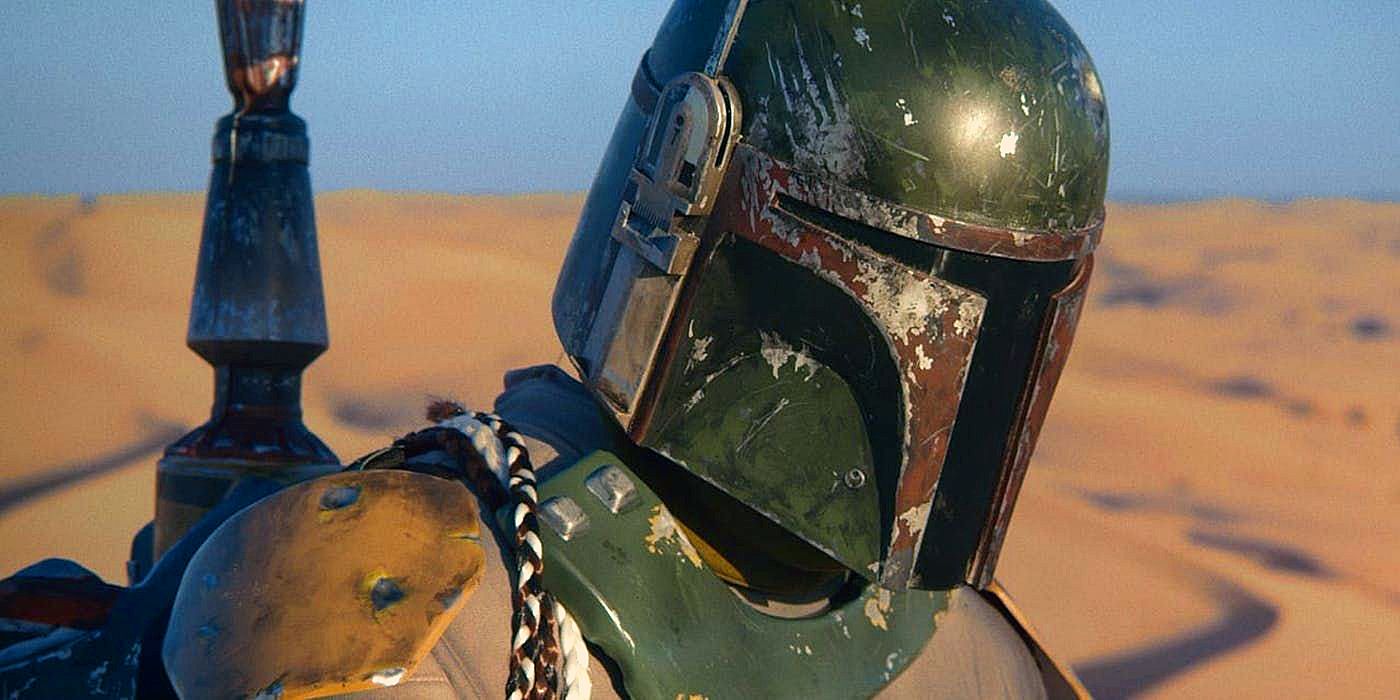 It’s not truly Star Wars until the fans are upset about something. And now they’re upset about Boba Fett. The latest Disney Plus streaming hit, The Book of Boba Fett, explores what the bounty hunter has gotten up to since we last saw him in the second season of The Mandalorian. Our anti-hero has traded in “the way” for the title “Daimyo,” establishing himself as the new king of the underworld in the Tatooine city of Mos Eisley. After (I kid you not) climbing out of the belly of the sarlacc that swallowed him whole in Return of the Jedi, the bounty hunter undergoes a transformative journey that leaves him rethinking his line of work. Eventually, he teams up with master assassin, Fennec Shand aka Melinda May In Space to jump headfirst into organized crime.

Now, no Star Wars property is without its share of detractors shouting at the rain far and wide across the internet. At this point, it just comes with the territory. But in this case, when the chief complaint seems to be that Jon Favreau has somehow “ruined” everything that’s cool about Boba Fett with his desert kung fu and Gen Z vespa street team? We have to unpack a little and have a rough conversation.

The discourse isn’t that much unlike the divide among fans when The Last Jedi came out. Things took place in that almost 3-hour adios to Luke Skywalker that upset what long time nerds believe to be the status quo of Star Wars. For example, Yoda burning the ancient Jedi scrolls that Luke had long held as gospel, remarking that they’re not that compelling. Or there’s the moment when Luke throws away his lightsaber, invoking a feeling of fandom nostalgia being rejected. Because how could he show such disregard for The Lightsaber He Defeated The Empire With. Except that’s not what it is in the character’s mind. That’s what it is in our mind. These things only have the meaning that we as fans assign to them. And sometimes that nostalgia can exaggerate that meaning.

So, with that in mind, I understand why some people might look at a scene where Thundercat is doing biomods or see Gen Z hipsters on vespa speeders and feel like their generation’s definition of cool is being erased from the mythos of Boba Fett.

The problem is the reality: Boba Fett was never cool to begin with. He might be the most ineffective bounty hunter in all of the universe.

Well, he did a lot of standing around next to Darth Vader, got his blaster cut in half by a lightsaber, got accidentally beaten up by Han Solo, and eaten by a sarlacc. I was perusing YouTube for OG trilogy scenes and you know how long all of Fett’s appearances in between Empire and Return? Seven minutes. How cool and iconic could a character truly be that a). got beaten up by accident and b). only appeared for seven minutes out of several hours of runtime?

So, when I look at The Book of Boba Fett, I see a less than marquee character becoming more self-aware and developing wisdom through adversity. I see the writers going out of their way to give him some actual cool as opposed to the appearance of cool. The Boba Fett we know now would never catch the fade from an unsuspecting Han Solo because he’s been training in desert kung-fu with the Tuskans. He’s embracing young unemployed hipster body mod gangs instead of dismissing them out of hand the way traditional fanboys tend to do with their younger, more progressive counterparts. Riding sarlaccs into kaiju fights and shootouts with the immensely badass Cad Bane, this is the coolest Boba Fett has probably ever been and likely ever will be.

If you want to have the debate about the overall quality of the show on its more tangible strengths and weaknesses, so be it, but there have to be some baseline truths that can be agreed upon before any productive discourse can take place.

And we can at least start with the sad fact that Boba Fett was never cool.