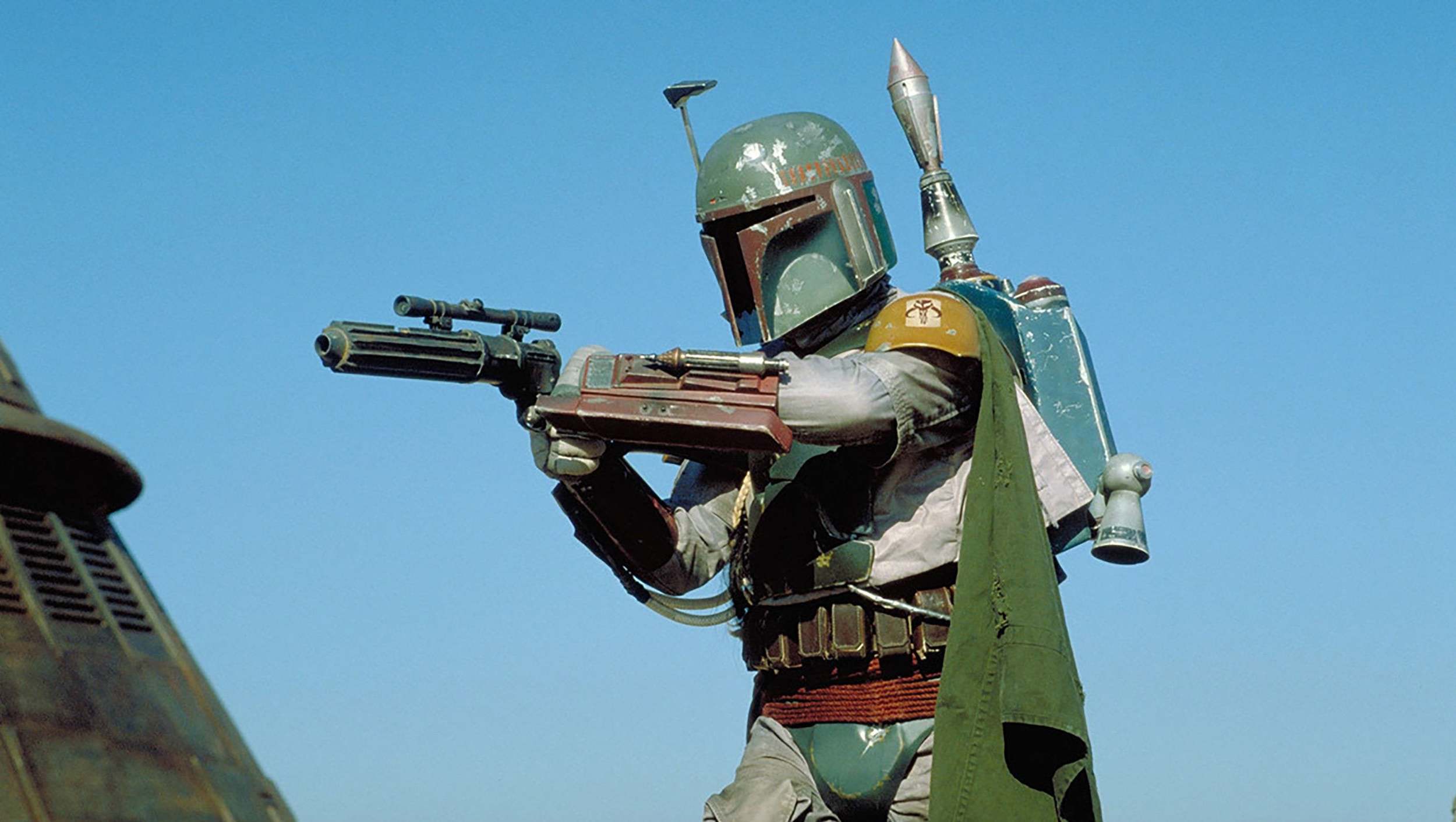 One good fight scene in The Mandalorian and y’all don’t know how to act. I’m tired of it. I can’t do it anymore. Y’all have been singing this man’s praises for several decades and he’s done nothing his whole career but take L’s. No amount of extended universe bullshit is going to change my mind. The fact is: Boba Fett is the WORST bounty hunter in Star Wars. So, welcome to another edition of “Your Fave is Trash”, as I express my disdain for Boba Fett.

Let’s get one thing straight, the greatest bounty hunter in the galaxy far, far away, is Cad Bane. That’s not up for discussion. He’s one of the top five bounty hunters in the galaxy and he’s not number two through five. I will die on this hill. The man has receipts of giving Jedi and clones the business at every turn … and then there’s Boba Fett.

You wouldn’t believe the number of toys and images I’ve seen of this man growing up. The cool armor, the jet pack, the guns, the number of references in movies and television shows to how cool he is. Diving into the original trilogy for the first time, I had certain expectations. Boba was supposed to be this badass that no one can top. No, I was wrong. You were all wrong. And you were all especially wrong for making me think I was getting something special.

Every on-screen appearance in both the movies and cartoons proves Boba Fett’s reputation is a lie. He has to be the most overrated character in all of Star Wars and it starts with his first major appearances in the original trilogy. Boba Fett gets hired alongside a group of other bounty hunters to do a job. That job is to track down and capture the Millenium Falcon. That’s it! That’s literally all Boba really does. Follow the Millenium Falcon to Cloud City and call it in.

In fact, he doesn’t even capture Han, Leia, and Chewbacca, Vader ends up doing that job himself! Could you imagine hiring someone to do a job for you and you have to go and finish it yourself? If anything, Vader should’ve gotten a discount for helping Boba wrap Han nice and neat for him to collect the bounty for Jabba the Hutt. To make matters worse, after his lackluster debut, Boba’s next major appearance in Return of the Jedi has him being taken out in the most comical way. Is this your king? The man getting his ass handed to him by Luke and a blind Han Solo only to be shitted out by the Sarlacc in time to make an appearance in The Mandalorian? Pathetic.

Nothing to Back Him Up

As unimpressive as his first two movies appearances were, I thought that surely they would flesh out his backstory during the prequels and cartoon. Boba’s introduction starts off well enough with Episode 2 showing the death of his father Jango Fett and the motivation for his revenge. However, the rest of Boba’s time during the Clone Wars is him basically getting laughed at by every well-known Jedi and bounty hunter in the galaxy. Every crew Boba joins basically treats him like the novice he is and who can blame them.

First of all, Boba absolutely fails at his first real mission and the best chance he has of killing Mace Windu, the Jedi who killed his father. You would think posing as a clone cadet and sabotaging Windu’s quarters would be enough but no, he manages to mess up a full-proof plan. His next attempt doesn’t go any better and is so telegraphed that it’s no wonder they fail to kill Mace a second time. All of it ends up with Boba being abandoned by his own mentor and arrested.

After a nothing episode with him in prison, Boba’s last main appearance in Clone Wars is probably the saddest thing I’ve seen. The episode, “Bounty”, basically features Boba forming his own crew and joining up with former Sith, Asajj Ventress. Despite having a few years in the game, Boba is outclassed and outmatched by Ventress in every way. I’d go as far as to say the mission would’ve failed if not for her. It all ends with Ventress doing most of the work for the job, Boba stuffed and gagged in a box, and losing out on his crew and bounty. Absolute trash ass bounty hunter.

Where’s the Love Coming From?

I don’t understand the adoration you people have for this man. His feats don’t exist. His L’s are consistent. And he sure as hell is not getting the job done as a bounty hunter. Having cool(ish) armor isn’t enough to consider Boba Fett as a hall of fame character. Listen, I get it. Somewhat. Boba Fett is cool as a concept but the execution in most of his major appearances prior to The Mandolarion is terrible.

In fact, Mando is a better execution of the concept than Boba will ever be, which is sad considering the whole idea of The Mandalorian was inspired by him in the first place. Din Djarin has a better story, better adventures, and the narrative groundwork has been laid to make him a great character with personality and motivations. There is justification to like Din Djarin as the Mandalorian because he’s proven himself.

As a character, Boba Fett has survived off of the nostalgia of something that doesn’t exist. So now, what you have with current and future shows like The Mandalorian and The Book of Boba Fett are creators desperately trying to make the character live up to the legend… even though he never was one in the first place. I’m sure we will see Boba Fett do many cool things in his upcoming show. (Honestly, I’m only there to see Fennec Shand). But to me, he will always be the scrub that got shitted out by the Sarlacc and took 5 years to get his armor back.