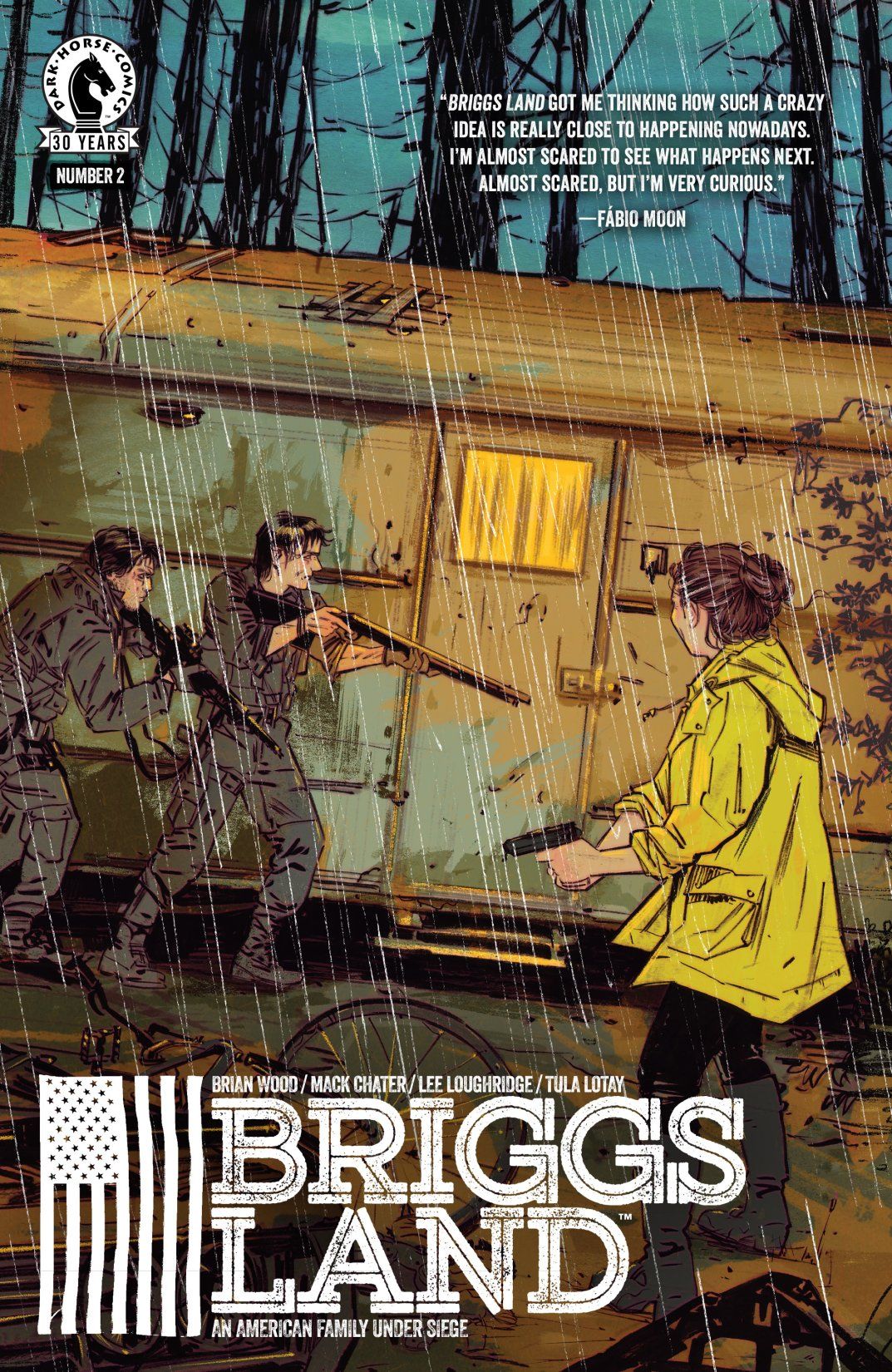 [dropcap1]O[/dropcap1]ne of the greatest wonders of the past ten years or so in comics is that writers have caught on that they don’t have to chase down the major film studios to get their stories told. Comic audiences want these stories to have a home and publishers looking to give readers a reprieve from mainstream superhero books want to give them one. This is how you get taut, compelling crime dramas like Briggs Land. Brian Wood has wasted no time lighting the fuse and watching it get closer to the dynamite is an intense stroll through a crash course in Briggs family values. And that was just in the first issue.

Issue #2 deals with the aftermath an assassination attempt on Grace, the new Head Briggs In Charge (see what I did there?). Her first challenge is getting her sons to rally around the idea of this new world order. Some of the cues are subtle and some aren’t, but this definitely ends up being an exercise in our heroine’s understanding of the massive patriarchal elements of the Briggs family structure she’ll have to subvert if she wants to maintain control and, really, just survive. In fact, Grace is so capable, it presents the question of whether or not she was the real brains behind the operation all along, but Wood makes it clear this will be explored further down the road.

This issues gives you a real sense of the people and the toxic culture that seems to creep behind every corner of every trailer park. This power struggle isn’t just a matter guns and drugs like your usual family crime saga. This is about someone seeking to right the ship. Mack Chater’s artwork really sets itself apart from other books, offering a distinctive aesthetic that adds flavor to the atmosphere of Wood’s story. I wish there more action to work with since Chater did so well in those instances in #1, but the tension here is more than satisfying enough to make a good book. 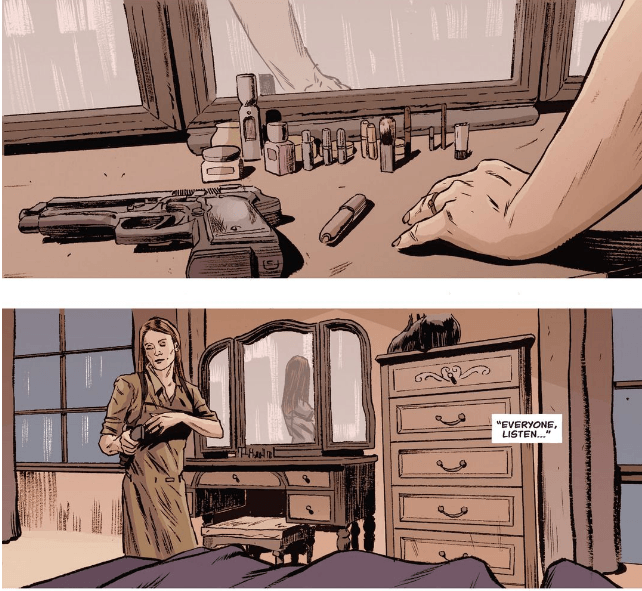 Bottom Line: This issue wasn’t as suspenseful as the first but there’s still more than enough family tension, questions of who to trust and overall world building to make this a solid effort.

8 Surveillance Vans out of 10.