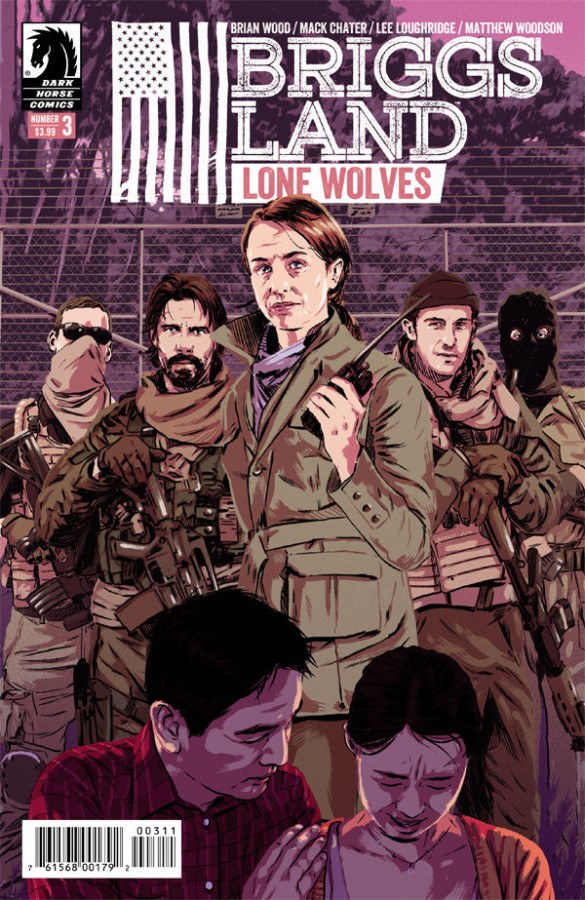 Briggs Land is doing a lot right and taking interesting chances to do it. Given the current social climate, a story that lends sympathy to armed, white secessionists at odds with the government over their right to gun running could theoretically go over very badly. However, Brian Wood’s flare for political drama manages to stroll through the ever present grey areas of modern day interpretations of the constitution and the human faults and frailties that both strengthen and cripple it.

Issue #3, the conclusion of the “Lone Wolves” story arc, is so timely, you would think Wood had only just written it days before its release. An unlawful FBI shooting on Briggs Land brings about unwanted attention from law enforcement which amounts to bad timing as the Briggs family follows through on their solution to some unwanted guests on the property. The tension is alive and electric on just about every page whether it’s tourists being led through the woods or Grace Briggs in a verbal MMA match with the FBI. 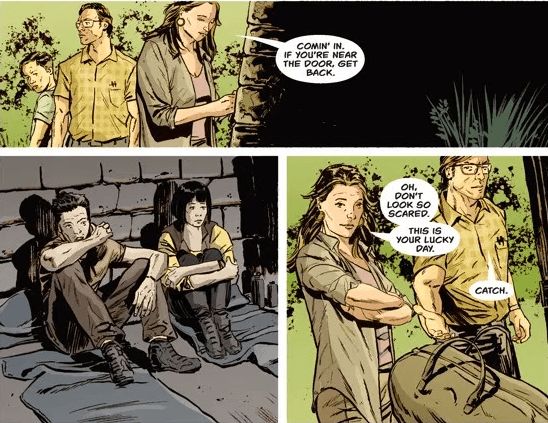 The only real downside is that this issue takes such a dramatic shift in focus from the first two issues which seemed like the payoff was going to center more around veteran Isaac Briggs adjusting to life away from war and how he relates to his civilian relatives. However, it’s completely understandable that it would give way to the larger conflict. The tension wouldn’t be as effective as it is without Mack Chater’s visuals on deck. With Chater’s interpretation of the script, silence on the page means everything. Things as simple of glances exchanged or reaching for a door knob are stressful as hell in this book. Faces are all well rendered and expressive enough to convey maximum emotion at every turn.

Bottom Line: Though the plot concluded quicker than it could have, it feels like Wood still advanced the larger plot without rushing it. This issue reminds us why it’s a sleeper hit being picked up for television.

9 Second Amendment Remedies out of 10