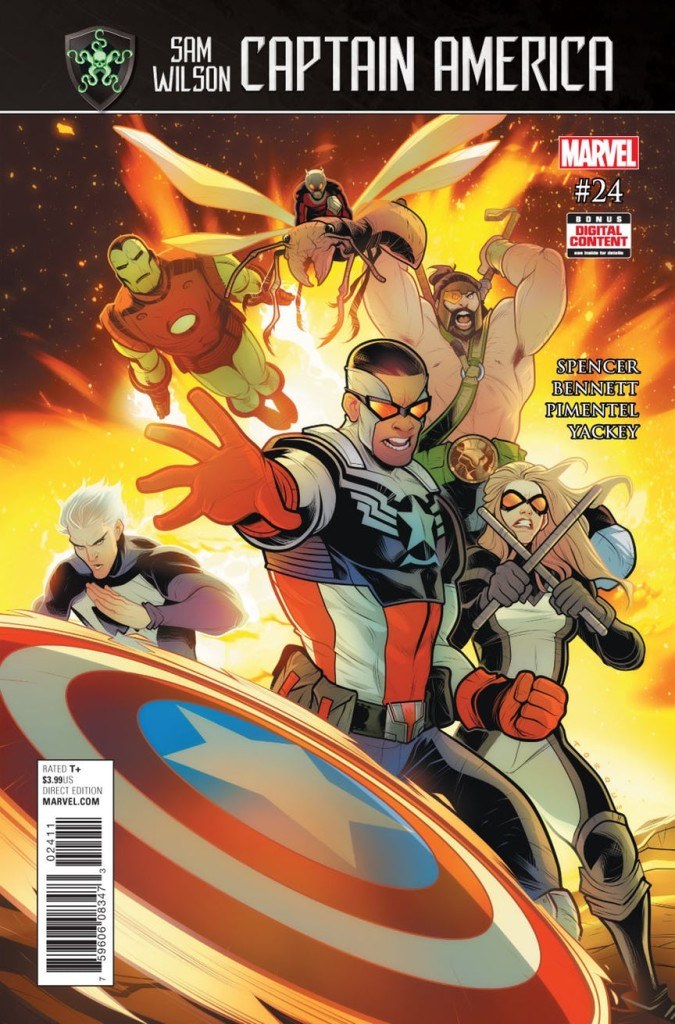 There’s been a lot of talk surrounding the past, present, and future of Sam Wilson and his legacy — I’ve contributed a small chunk of that myself. In issue #24 of Captain America: Sam Wilson, Nick Spencer puts many of those conversations on the page. [Nick… are you reading this…?]

Some, like myself, feel that the world doesn’t deserve Sam Wilson — as Captain America, specifically — while others felt that he needed to continue to push through the adversity of the title, bear the weight and keep pushing. Neither side is wrong. But they also aren’t right. They each need to be explored so Sam can choose, and choose he did. 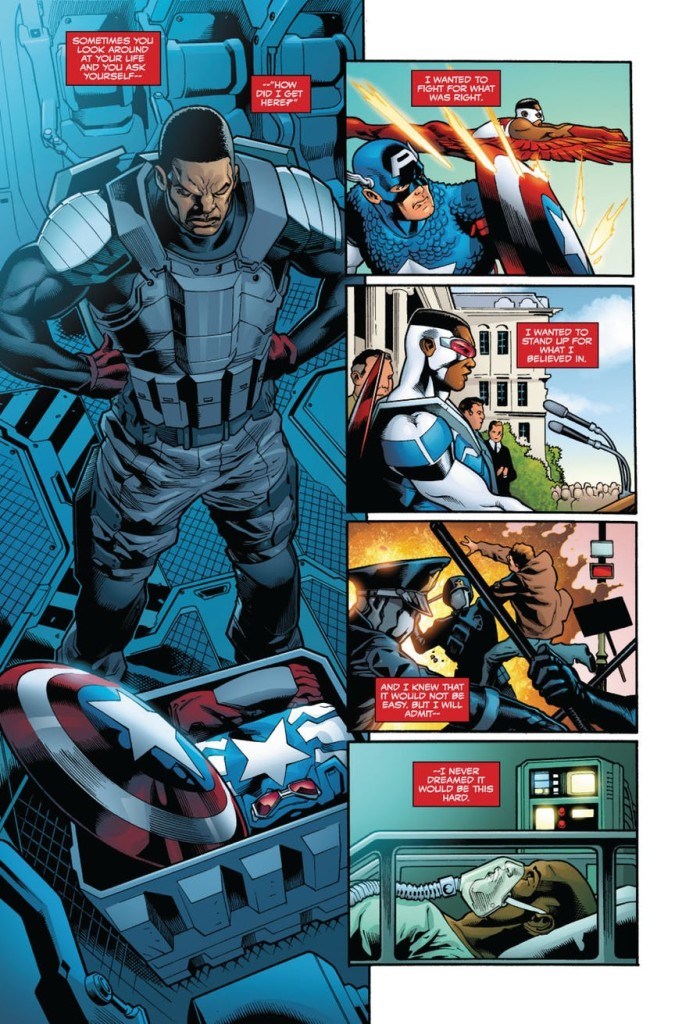 Issue #24 serves as a break from the universe-shaking events of Secret Empire and zooms in on a familiar crew doing familiar things. Sam continues to question his identity and place in the world, Misty sets him straight — and says “I love you”!!!! — and the most impactful voice of wisdom was saved for last.

Pretty much most of the run of this series has been top notch. Some issues included huge moments in Sam’s journey while others were just there for fun — *coff* Cap-wolf*coff*.  #24 is the former as we see Sam shake off his doubts and pick up the shield he has every right to carry. Looking back, this issue will surely be a landmark when we retell the story of Sam-Cap.