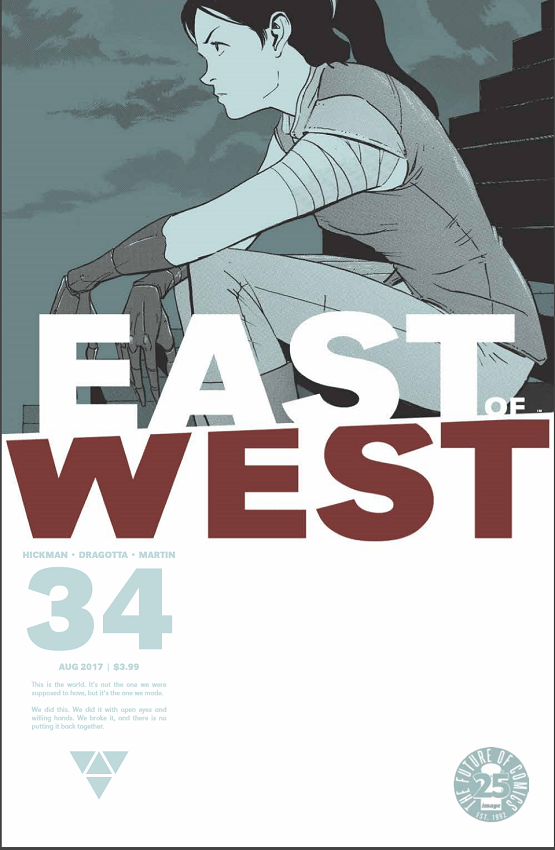 It dawns on me, given their current show and their ambitions for an alternate American history storytelling, that a far better idea than Confederate for Benioff and Weiss would be throwing money at Dragotta and Hickman to make an HBO series based on East of West. They’d even get some confederacy in there. But alas, that might be too good for what they’re on right now. 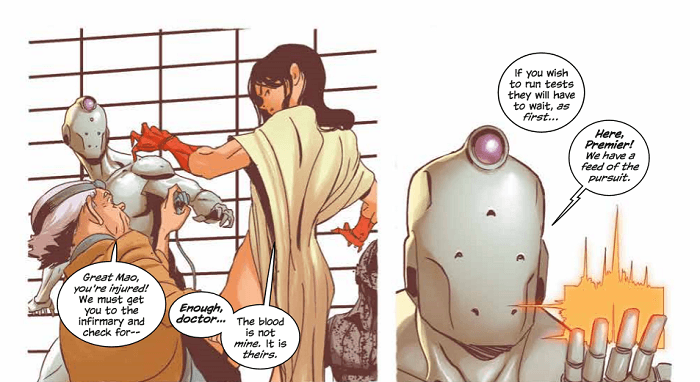 Also something that is too good? East of West the comic book. Seriously. Just, too good. I had been hungry for some I’ll-your-whole-squad-in-my-birthday-suit Mao ever since that mind-jarring assassination attempt that ended oh so badly for her assailants. This issue traces back to the moment immediately afterward, where Xianolin sets her plans in motion to retaliate. While that plan and the result are a huge part of the story, what shines as well is the display of the Mao province. As one of the few kingdoms left with some stability, the House of Mao has had an influx of refugees from the other nations. The Premier, who has for so long believed her path to be forged by what she does with the sword, has to think now about not only the people born under her rule, but the people that choose it. It, if nothing else, is interesting to see the portrayal of this character, who is as ruthless as they come, have a nurturing attitude towards refugees. Compared to, ya know, our government. But alas. 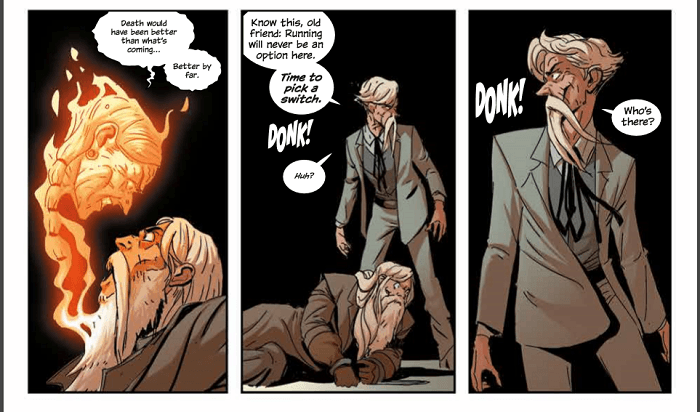 Dragotta got a workout this issue, didn’t he? And he was up to the task in spades. Lots of action. Lots of large scale shots whether depicting a battlefield or a settlement. And of course, some great hero poses. Its just a gorgeous looking book that is absolutely essential to the beauty and brutality of the world that Hickman is scripting.

Man, war is hell. Bloody, hell. And it doesn’t seem to be ending anytime soon. The Bride of Death gets an issue to shine, and you can imagine what the message was.

Reading East of West? Find BNP’s other reviews of the series here.