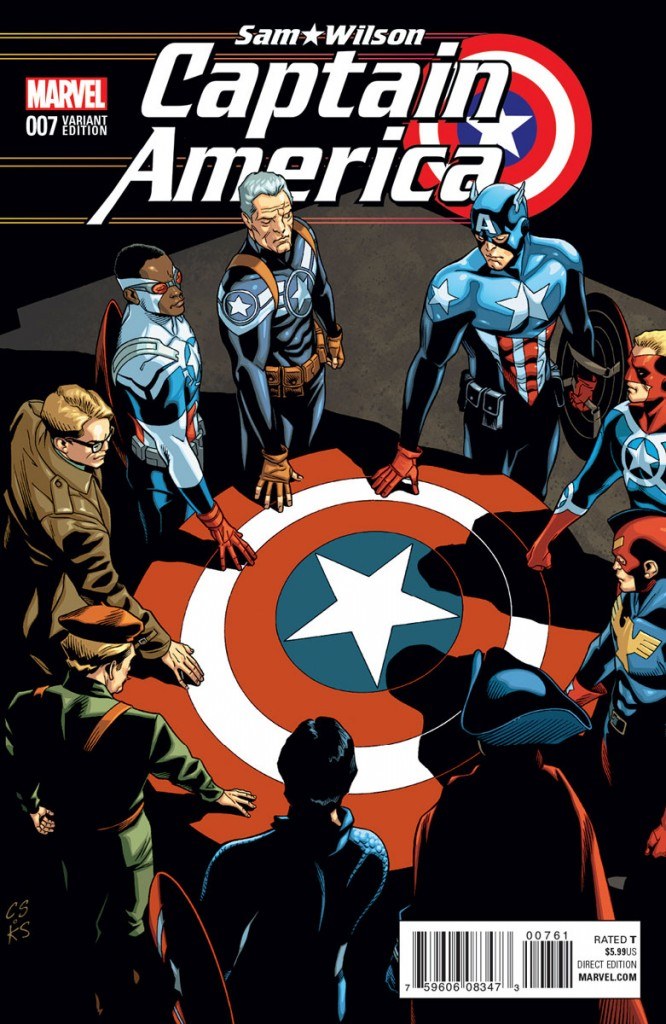 Issue #7 of Captain America: Sam Wilson was actually a bit of a combo. This being Captain America’s 75th year is a huge deal and it’s being treated as such. We got stories involving not one, not two, but three current/former Captain Americas in an issue that had 4 Captain America-centric stories throughout its pages.

The first focuses on Sam Wilson in the middle of the Standoff event, which admittedly came a bit out of nowhere, but once it got started got pretty exciting. The premise alone is worth picking up a few issues.

As Sam heads to Pleasant Hill, his mission quickly turns into a high stakes spy film with Bucky at his side. The two share some long-delayed thoughts about the pressure of taking on the shield and we remember that these two are brothers in arms. There isn’t too much to say about this one thought because it only lasts 9 pages. 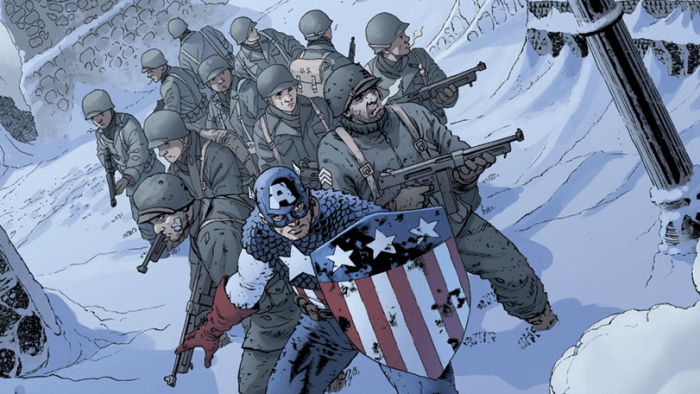 The biggest story focuses on Steve Rogers, still an old man because he lost his powers but still in the middle of danger because he doesn’t know what else to do. He goes on to face a highlight reel of his biggest villains in what you can tell is going to be a major issue, and you’ll not be disappointed.

The issue provides a deep look into what makes Captain America, Captain America. Even though we didn’t need it after getting it several issues ago, hearing Steve admit that he’s proud of Sam is always pleasant. By the end of the issue, well, things are as they should be. We’ll see what’s next.

The next two stories are mostly treats for any Cap fans that want to get to see him in a different light. Both as the soldier and as the spy, two personalities in his repertoire that are often underrated.

All in all, it’s an issue any Cap fan should have in their stack.

Some time ago I wrote a piece about Sam Wilson possibly being pushed back out of his position as Captain America by Steve Rogers. It’s kind of inevitable, but I thought we had more time. Given the events of this issue, I’m having my doubts. But Marvel’s still saying there’s no reason to be concerned, so I’m holding out hope because I love Sam Wilson where he’s at.