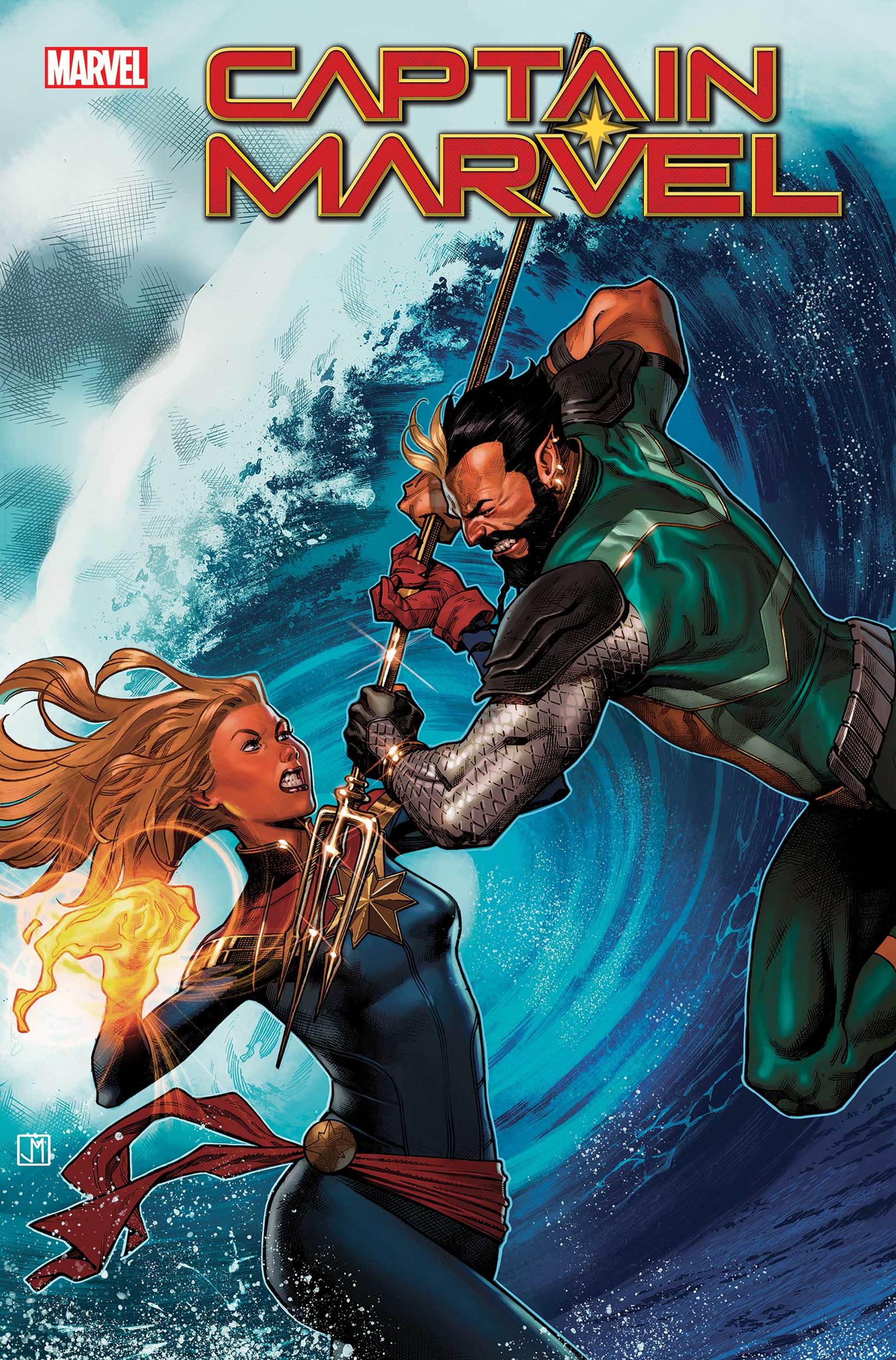 I thought I was impressed as I took in the incredible legacy vibes of Captain Marvel #22, but it was nothing compared to hype from the full blown insight into the powers of these grown superhero offspring.

Spoilers incoming. Thou hath been warned.

Luke Cage and A Precarious Invitation

Picking up where we left off, Luke Cage has just paid Captain Marvel of the old world a visit at The Cloisters, the current hero’s base in NYC.

She is cordially invited to sup meet with Evo, the villain currently terrorizing this world with an iron grip. My favorite part about this scene? Learning that Evo and company have built their home on top of the remains of the old NY Public Library! Kelly Thompson, you continue to amaze me. Only real ones know how much of an amazing little gem of info that is.

Evo: All the Speculation

There’s a theory that the person behind the Evo persona could be Magik, of the New Mutants, which is beyond troublesome. While she might not be classified as an Omega mutant, she has unparalleled teleportation abilities, God Tier fighting strength and control over Limbo…all that could be at unmatched levels with all the time that has passed.

There’s a moment as this issue is taking off that Carol has a conversation with the daughter of one of the most powerful Avengers of all time. The conversation revolves around being a hero and not wanting to embark on this journey into a straight up trap. The way Captain Danvers spits bars, in the most compassionate way, is why Kelly Thompson is a comic book writing treasure to be cherished!

Honestly, I’d take a Carol Danvers and Emma Frost buddy hero book over dam near any other duo, with Thompson at the helm. The rapport they share with each other exudes sisters who are thoroughly annoyed with each other’s personalities, with a robust and undying love for each other. Their back and forth as they prepared the team to head out at dawn was hilarious and on point.

Things I Adored in this Issue

Jeff the landshark is still alive and…possibly invulnerable? Deadpool would love to see it.

Emma Frost in constant diamond form. Visually dope, but something aint adding up..

The flashback explanation how they wound up in this situation. Not the “well, the world ended and only those of us with tough skin survived” story, but a relatively detailed “this war happened, lost so many lives, the current hero babies were born before the next war, then Thor was killed and we knew we had lost” story.

The details about how they survived after the sickness hit, the sun turned against everyone and man does what man do and destroyed everything they couldn’t have: Magneto pushing himself to the brink to create an underground haven for the survivors. Armor keeping up her shield around everyone for a year. 365 fuckin days b! So many lost lives, so this generation could live.

Captain Marvel #23 is another great entry in this series. Garbett’s artwork lends itself to a rugged future lacking much hope, while he is able to put a really nice touch on the action filled moments. After the wild storyline of the previous arc, I thought “The New World” would be a big of a filler bore, but it is anything but! With a titillating final page, I can’t wait to see how Kelly Thompson explains how this one went down!